Neptune – the great mystifier, being in the 9th house , forms a deep mystical attitude to religion as a personal dialogue with the Creator, idealization of teachers at the university and teachers of informal movements – martial arts and healing systems, and society is considered by a person as a sphere of application of the received meditative revelations.

Neptune in the 9th house bestows the imagination and intuition of the highest octave of consciousness, for example, Pushkin described the nature of some places so vividly and accurately, as if he himself had been there. The native seeks to remake the world according to the utopian ideas of freedom, equality, brotherhood; these intentions led the young Lenin to revolutionary achievements.

At any level of development, a person subtly feels the beauty, loves to travel and easily contacts with representatives of other cultures. 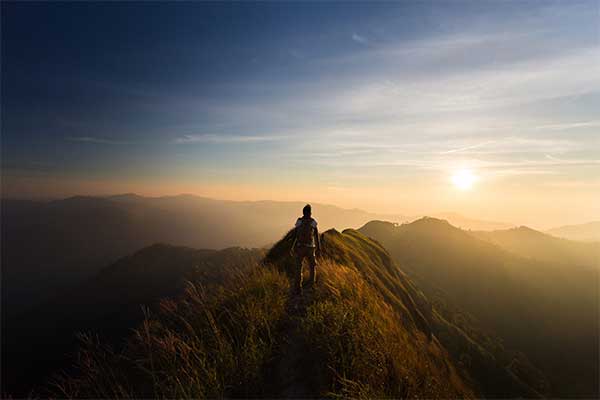 Natural religiosity prompts us to see the finger of fate in ordinary events or predict them. The native seeks to unite different strata of culture and society, to create a language of communication accessible to everyone – Pushkin and Goethe went down in history as reformers of the poetic style, Miklouho-Maclay tried to merge the life of primitive tribes and civilization.

Traveling for the owner of Neptune in the 9th house is always a way to realize creativity, he is interested in everything foreign, especially education and new religious movements. If there is no money for travel, imagination replaces them. People with such a position on the planet often dream of cities and countries where they have never been, but describe them in great detail.

The karmic task is not to allow oneself to become “a stranger among our own,” forgetting about the roots and national traditions, maintaining a balance between the desire for reform and respect for history.

The unworked Neptune in the 9th house gives rise to mystical fears, attempts to test in practice negative prophecies about oneself: if it is said to be afraid of heights, then he will jump with a parachute, or become a fanatic who deifies an idol. Difficulties may arise in legal matters (visa refusals) and relations with the spouse’s parents.

5interactions with the zodiac signs

Neptune in the 9th house must be turned on independently: travel more often, even just walking, attend religious prayers, write poetry. The native quickly loses interest in the standard form of education, but it is necessary to reach a higher level of consciousness.
Zodiac signs influence the way you learn and connect with the outside world:

1. Aries, Leo, Sagittarius – ardently defend their religious beliefs, strive to enter a prestigious university, preferably in the capital, and get to a substitute teacher for practice. They fall in love with foreigners, prefer to travel to countries with a hot climate and a high level of economy. They realize themselves as diplomats, political scientists, filmmakers and financiers.

2. Taurus, Virgo, Capricorn – calm and respectful attitude to religion without undue ecstasy and with a grain of distrust, a desire to work miracles on your own. Success in publishing with good aspects – editors, journalists, writers, lawyers. They choose a reliable university with a century-old history, dream of traveling since childhood, but more often they go abroad after 18 years. Easily learn foreign languages ​​and teach them later.

3. Gemini, Libra, Aquarius – easy perception of religion: God is one, there are many roads. Sociability during the years of study allows you to acquire many useful connections that will be useful in creativity and profession, friends appear on every trip, and representatives of the air element enter into marriage during their student years, it is possible that with a foreigner or a supporter of another religion. Excellent translators, journalists, stylists and astrologers.

4. Cancer, Scorpio, Pisces – deep religious experiences, insights. Parents strongly influence the choice of the institute; they can enter the same educational institution with their brother and sister for the company. They often drop out of school, move abroad forcibly, for example, together with a foreign spouse or under a contract as an exchange teacher, but yearn for their homeland. They love sea travel, diving, pilgrimage trips.

Positive aspects with other planets harmonize the influence of Neptune in the 9th house, giving its waves a new form. A favorable connection with Venus in a man’s horoscope portends a love union with a foreign woman, and for a woman this is an indicator of travel with visiting cultural attractions.

Sextile with Mercury and Jupiter separately and together means productive study and patronage of directors and sponsors, successful business and tourist trips. It is necessary to pay attention to the defeat of Neptune in the 9th house by the square with Mars and Pluto – attacks and fights when visiting other countries, conflicts with non-believers, when, unexpectedly for himself, the native finds himself in the epicenter of hostilities or disasters. In this case, you should carefully plan the route, time and place of rest abroad.