Pluto in the 6th house , depending on the quality of its aspects with other planets and the elements of the horoscope, indicates whether an individual is on the right path, whether he leads a healthy lifestyle or not. He also points to a difficult relationship with subordinates. Pluto in the 6th house multiplies tenacity, perseverance, endurance, endurance and patience, but people with such a Pluto are not at all alien to such traits as aggressiveness, a tendency to coercion and even violence. It also sharpens intuition greatly, especially regarding the purpose of life and work. People with such a Pluto can safely follow the advice of their inner voice, even if it suggests something completely unusual.

In fact, Pluto in the 6th house makes his wards serve others, his people and even all of humanity. To do this, he discovers the ability of a doctor in a person, makes him study traditional medicine. Often people with Pluto in the 6th house become healers, professionals in the field of occult sciences, astrology, magic, parapsychology and others. Most often, these people intuitively find the area of ​​activity that is predetermined by fate.

The native’s health is often strong, strong immunity allows you to survive in epidemics, disasters and natural disasters, but after 40 years it is advisable to be regularly checked.

The karmic task is to fill the mind with light, discard resentment, anger, remove long-standing mental pain with the practice of forgiveness. Conventional medicines often do not bring relief, the native gravitates towards healing, energy practices.

It is important to work through Pluto in the 6th house, choosing a professional direction that appeals to him:

It is undesirable for the native to have small pets: cats, hamsters, small dogs, they take upon themselves his karmic sins and diseases, dying after a year or two or almost immediately for unknown reasons. This does not apply to large pets – fighting dogs or exotics in the form of crocodiles, jaguars, pythons, which can harm the owner himself when squaring with Mars. 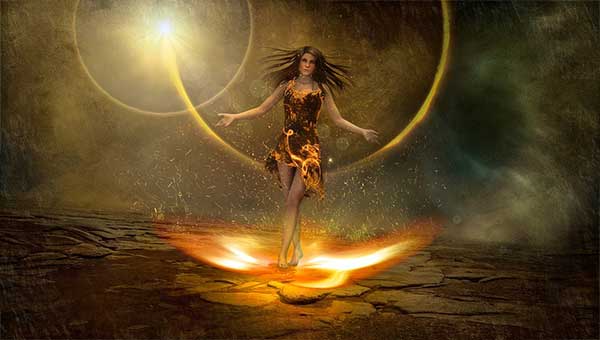 The key to professional success for a Pluto carrier in the 6th house is a philosophical attitude towards failure and the ability to quickly switch to another activity, get a second education or move to a new job. The planet creates obstacles and difficulties in a career until the native reaches the highest destiny of the soul. Events are largely influenced by the zodiac sign of the 6th field of the horoscope:

1. Aries, Leo, Sagittarius are natural-born leaders and bosses, lower positions are contraindicated for them – they cannot stand being pushed around. They are prone to aggression and quick-tempered with subordinates, but strive for a fair trial and leadership. An incredible supply of energy allows you to materialize dreams and earn millions. They are implemented in business, creative professions as directors, producers, recording studio owners, directors of private schools, chief doctors, and the military.

2. Taurus, Virgo, Capricorn are devoted companions-in-arms who deify the boss, but often suffer from his imperiousness. They can work for a penny for the good of the business, if they are carried away by the personality of the leader, but they often prefer a stable salary in the bank, health care, government agencies, unwittingly contributing to changes and destruction of the foundations of their activities by the state of the planet. They will succeed in folk healing, yoga, martial arts.

3. Cancer, Scorpio, Pisces – with strong feelings they “eat” themselves from the inside, but if they wish, they are healed in a miraculous way, when medicine is powerless. They have the gift of a psychic and the ability to attract money even in a hopeless business project. They cannot work carelessly, the slightest mistake will result in problems in the future. Negative energy must be dumped through sports and oriental health practices. Insidious colleagues can ruin your life a lot. Purpose in medicine, jurisprudence, astrology, literature.

4. Gemini, Libra, Aquarius – they know how to get along with others and get dry from the muddy water of gossip and traps of spiteful critics. The release of irritation and nervous experiences is removed by general cleaning and keeping diaries. These are professional reporters and writers who solve personal psychosomatic problems through the misadventures of the heroes they write about. They are excellently realized as teachers, detectives, archaeologists, nuclear scientists. A beautiful appearance structures the inner state, helping to feel like a winner in difficult situations.

Harmonious aspects of Pluto in the 6th house show an area where professional success is easily achieved: with Mercury – journalism, commerce, with the Moon – a healing gift, medicine, with the Sun and Jupiter – show business, politics, with Venus – diplomacy, art. Trine with Uranus portends good luck in pedagogy, sexology, and mass consciousness management.

Negative aspects symbolize diseases: with Saturn – weak immunity, susceptibility to viruses, painful old age, with Mars – injuries and difficulties in surgical operations, with Uranus – nervous disorders and the danger of getting hurt in a crowd, with Venus – women’s problems in the pelvic area. It is necessary to temper from childhood, monitor safety and play sports in order to work out the negative aspects.