Saturn in the sign of Capricorn – only the stars are higher

The planet of power, order and karmic discipline strictly asks and rewards. He pardons the stubborn and hardworking, and plunges lazy pessimists into difficult trials to temper the spirit. The location in the horoscope shows the source of strength and the testing ground for strength. The owners of Saturn in Capricorn are lucky – the planet in its abode grants not only ambition, but also a powerful desire to achieve their goals, as well as organizational and leadership qualities that allow them to fly to the starry Olympus.

The only difficulty is that fame and prestige for the native is more important than human relations. He is so devoted to affairs along the line of destination (especially if Saturn is in the 10th house , close to the MC ) that he forgets about family and children, and smashes competitors to smithereens using forbidden methods of struggle. Becoming a bright leader or career dictator is a matter of personal choice and level of spirituality.

Influence of Saturn in Capricorn on fate

The main task of the bearer of Saturn in Capricorn is to learn to value people not for professional achievements, for status and rank, but for noble spiritual qualities, since he often confuses these concepts and does not understand that sincere love of family members is more important than certificates of honor and regalia. This is facilitated by the initially cold atmosphere in the family, the demanding and domineering attitude of the father, and if Venus and the Moon are located in the signs of Capricorn and Virgo, then the mother’s indifference.

Parents, keen on external prestige and work, form the corresponding views in the native. By combining determination and willpower with sincerity and warmth, the owner of Saturn in Capricorn can become a cult figure of his generation. If damaged, the wrong choice of friends, an orientation towards material values ​​and criminal ways to achieve a high position in society lead to the launch of a difficult karmic program that begins after 30 years. In order to avoid stubbornness and conservatism, it is necessary to study well the strengths and weaknesses of Saturn in Capricorn:

Having risen at the head of the organization, the owner of Saturn in Capricorn identifies the social structure with himself, and for personal gain he is ready to work day and night. Well-known politicians with such a position of the planet are Winston Churchill and Barack Obama. The wards of such a leader are provided with a salary and privileges for many years. 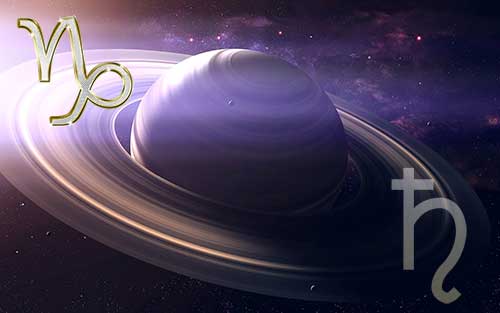 Personal life of Saturn in Capricorn

Earthly Saturnians consider themselves the chosen ones, bearing the burden of a high mission. Arrogance is explained by the internal opposition of their importance to the townsfolk, therefore, they accept only outstanding people in a certain field into a close circle of friends. In fact, it does not matter whether it is art, science or trade, the main thing is that a potential friend stands out from the crowd with significant achievements.

According to the same principle, the owners of Saturn in Capricorn fall in love, although in their case it is rather a selection of a couple according to a list of coinciding goals and character traits. They do not know how to look after and speak gentle, beautiful words, preferring to show their success by colorfully describing the taken milestones, and to demonstrate the thickness of the wallet.

The wards of the planet of power are rarely shy to express their intentions in relation to the person they like. Powerful sexual potential with low emotionality create an aura of animal attraction around them and they can only choose among the crowd of fans.

Earthly Saturnians marry late. The reputation and honor of the family are extremely important to them, so they carefully check the future companion. If misunderstandings arise, the native will endure for a long time, but if it explodes, the gap is inevitable.

The harmonious development of Saturn in Capricorn is greatly influenced by the strong Sun and Moon, which mean the support of the father and mother and a good financial situation in the family. This gives the feeling of a solid foundation on which the native subsequently builds a system of values.

A favorable aspect with Jupiter promises wealth and fame, and with Venus – a good marriage. Negative connections with Mars and the Moon are dangerous, contributing to hot temper, aggressiveness, conservatism and dogmatism, as well as threatening fractures and diseases of the joints. Possible financial dependence on a marriage partner or marriage against will.

In the fight against negative emotions and to attract love to the owners of Saturn in Capricorn, paired jewelry with alexandrite will help. Tiger eye will improve brain function and promote career advancement, and black onyx will protect you from the evil eye.

Saturn in the sign of Capricorn in your natal chart endows people with ambition and the ability for self-control and organization. You are disciplined, patient, and you work hard, for which you receive well-deserved rewards. You take life and responsibilities seriously, responsibility is important to you. You understand that time and trials serve a higher purpose, and happiness is not the ultimate goal of existence. It can be difficult for you to balance your energy between work and play. You are capable of translating abstract concepts into concrete terms.

These Capricorns often experience feelings of imperfection and loneliness, which is one of the reasons why they work so long and hard. Of your minuses, you can note an excessive concern for prestige and social status. You will do everything to achieve them. Also, selfishness and lust for power are not excluded.