The astrological forms of the Moon and Pluto have many similarities. Both celestial bodies affect the consciousness and deep layers of the human psyche. By combining their influences, they endow the born with heightened emotionality, rich imagination, discernment and a good knowledge of human nature.

Since Pluto is an evil planet, conjunction with it is still unfavorable for the Moon. The native's psyche is unstable, and mood swings are often observed. The emotions of such a person are unusually intense and strong. Unbridled optimism and cheerfulness are replaced by suspicion, envy and jealousy. 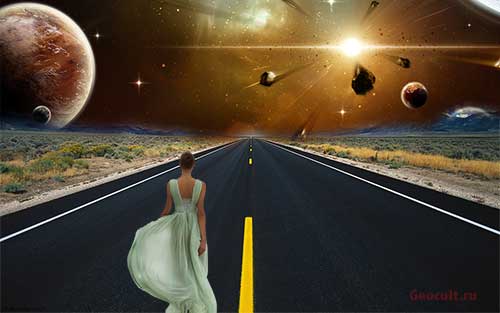 A subject with this aspect is mysterious, mystical, especially attractive and therefore popular. In all matters, he strives to be the first, and a person seeks to show leadership qualities in the home and family. Most of the owners of the conjunction of the Moon and Pluto in the natal chart seek to control the thoughts, feelings and actions of people who make up their immediate environment, for which they can receive the status of tyrants and dictators.

It often turns out that the order in the house and in the team rests precisely on the owner of this aspect, since the native has the necessary strength and energy to rally around him people with a variety of desires and motivations.

Selfishness, arrogance, lack of flexibility and lack of restraint can interfere with the construction of harmonious relations with people. On the other hand, qualities such as energy, activity, enthusiasm, ambition and unwillingness to retreat in front of difficulties help the owners of the aspect to reach the top in their plans.

The Moon-Pluto conjunction in the male natal chart

The moon in the natal chart of a man will describe the character of the mother and the image of the ideal woman inherent in his mind. The moon, in conjunction with Pluto, will tell about the mother, who is used to dominating the family and controlling all its members. The native may have an unconscious fear of her and a fear of causing her displeasure.

Often, men with this aspect are looking for a wife who is decisive and domineering by nature and has a strong will. The inability of a woman to control the situation in the family and actively participate in the affairs of the household is regarded as a weakness and lack of character.

The Moon-Pluto conjunction in the female natal chart

A woman in whose natal chart there is a conjunction of the Moon and Pluto can be called a commander in a skirt. The moon describes the character and personal qualities of the owner of the horoscope, and its aspect with Pluto imparts to the native such traits as self-confidence, great ambition and stubbornness.

Such a woman can fly out of her native nest early, because she hardly obeys the will of her parents and seeks to make vital decisions on her own. Having become a wife and mother, she copes well with her household duties, generously loading households with socially useful work and autocratic managing them.

The Moon-Pluto conjunction in the children's natal chart

A child whose horoscope contains the conjunction of the Moon and Pluto is not so easy to offend. From a very early age, it is clear that he has a strong character. These children can learn to walk and talk early. It seems that they are ahead in everything, because it is important for them to always be winners and leaders in games, contests and competitions.

The activity of a baby who has a conjunction of the Moon and Pluto cannot be suppressed, as well as limiting him in actions, otherwise negative emotions will accumulate, which he will one day throw out. Sports and any other physical activity will help the child get rid of unpleasant feelings and fears.