Uranus and Neptune are called higher planets. Aspect interactions between them happen very rarely, and since the speed of Uranus and Neptune is low, their joint influence unites people belonging to the same generation.

Uranus is responsible for the emergence of everything new, unusual and original in life. Under his influence, scientific research begins and inventions appear that improve the quality of life of people. Uranus is also the planet of sudden change, revolution and social transformation.

The interaction of Uranus with Neptune, which is associated with secrets, riddles and the unknown, symbolizes the spiritual and intellectual development of mankind. During the period of the aspect, people have a desire to change the social system, bringing it closer to some lofty ideal. New religions, humanistic ideas and liberal political movements are changing the picture of the world and transforming people's lives and activities.

Characteristics of the aspect, its influence on people and their contribution to the development of society

The conjunction of Uranus and Neptune characterizes not so much an individual as it describes the contribution of a large group of people born in a certain period to the development of society. The works and searches of such a generation lead to global changes in society, in the country and in the world as a whole. The influence of the aspect is especially strongly felt by those people who are engaged in social work, advocate progress and create something meaningful for their contemporaries. 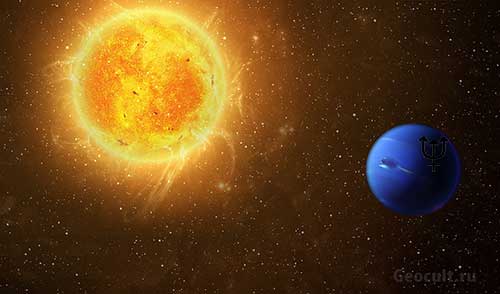 A person with this aspect is interested in everything secret, mysterious and mystical. The range of his knowledge in this area is wide enough. Such people are able to understand the techniques of meditation, have an idea of ​​karma and strive to live in harmony with the world. They do not accept religious dogmas and strive to find a single link that unites all religions.

Aspect owners are not only insightful and intelligent, but also extremely intuitive. Such people know what prophetic dreams are. They know how to read the signs of fate and see a deep meaning in the phenomena happening around them.

The conjunction of Uranus and Neptune is still a tense aspect, so the native needs to avoid deception, illusion, extremism and disconnection from reality.

If this aspect relates to the financial houses of the horoscope and to the houses responsible for work and career, then the native can choose for himself activities related to psychology, invention, the Internet and modern technologies.

This connection happened relatively recently – in the period from 1989 to 1996. Since Uranus and Neptune met in the sign of Capricorn, their transformational influence affected many state structures and governing bodies. This aspect brought people a sense of freedom and independence, and at the same time this period was marked by chaos, illusions and general instability.

People born in the mentioned time know how to get away from everything old and stale. Their inspiration, creative ideas and well-developed intuition help to go beyond the generally accepted boundaries and create something new, unusual, sublime, and progressive.

Aspect interactions with the Sun or Moon

The conjunction of the higher planets leaves a special imprint on a person's personality if it is related to the Sun or Moon in the horoscope. If such interaction is good, then the native has spiritual interests and strives to become better. He is caring, merciful and tolerant towards others. The owner of the horoscope knows how to anticipate important events, and always prepares for them in advance.

The tense aspect with the Moon or the Sun makes a person shocking, hypersensitive, capricious and uncontrollable. Many changes happen in his life, and, as a rule, he is not ready for them. The owner of the horoscope needs to learn to anticipate unpleasant situations in life and take control over what is happening into their own hands.