Venus and Pluto are also referred to as financial planets. A person with this aspect knows how to make money and increase their wealth. The native does not like to deny himself anything, therefore, as a rule, he successfully applies his financial talents and abilities in business. 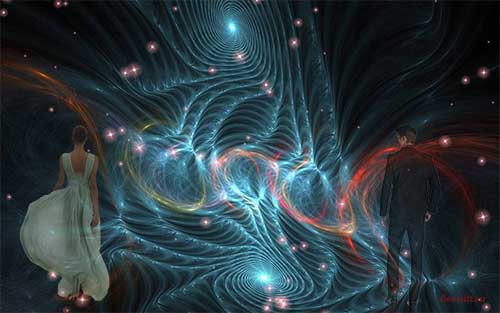 The influence of the aspect on personality, behavior and human values

A person with this aspect is good at publicity and attracts the attention of the audience. He is open-minded, cheerful and has an amazing ability to turn people on and give them a sense of celebration.

In his personal life, the native does not like halftones. He intensely and deeply lives any event on the love front. Sexual relations for him is an important area that he is always ready to discuss openly. Unfortunately, the spiritual side of relationships often fades into the background, and therefore some love relationships are fleeting and fleeting.

For such a person, it is important to control the thoughts and feelings of his partner, otherwise he not only suffers from jealousy and suspicion, but also sorts out the relationship with a shout and noise.

Often, love experiences and high emotional stress result in the creation of wonderful creative projects. It is important for such a person not only to express himself in art, but also to show the world his unique masterpieces. Admiration and a storm of applause from others will confirm that the native is on the right path and will inspire him to further achievements.

If in the natal chart of a man, Venus, describing a relationship with the female sex, connects with Pluto, then this is one of the indications of an early marriage. Such men fall in love instantly, are distinguished by great passion and ardor of feelings. True, the obsession of love sometimes disappears as unexpectedly as it appeared.

As a rule, the feeling of love visits the owner of the horoscope many times during his life. To avoid disappointment, you need to give preference to women who are truly bright, talented and confident. In this case, the native's attention will always be focused on the unique representative of the fair sex. You should not build relationships with women who are loud, rude and loving to command.

A woman, in whose horoscope there is a conjunction of Venus and Pluto, is distinguished by attractiveness, charm and artistry. She does not hesitate to demonstrate her dignity to others. It can be both creative talents and spectacular appearance.

Ladies with this aspect love everything that is most fashionable, dazzling and uncommon. Shiny fabrics and flashy shades of clothes seem to many to be tasteless, but still it must be admitted that such clothes really draw attention to the native.

As a rule, the owners of the aspect strive to lead in everything, including in love. In a relationship, you should avoid the element of competition, otherwise your personal life will be hectic and difficult. The ideal partner for such a woman is a person who would never tire of admiring her and at the same time showed flexibility and diplomacy, which the owner of the horoscope sometimes lacks.

The conjunction of Venus and Pluto in the child's natal chart

If there is a conjunction of Venus and Pluto in the child's natal chart, then special attention should be paid to his creative development. Any performances at matinees, holidays and school events will contribute to the development of the artistry of such children. It is better to choose a field of art where fashion trends will be traced. For example, it can be modern fiery dances, electronic music, etc.