The conjunction of Jupiter and Neptune in the natal birth chart is a special sign. The astrological images of these planets have a lot in common. Jupiter symbolizes human virtues and wisdom, he communicates the desire to provide protection and help. Neptune is the planet of mercy, high ideals and spiritual quests. The aforementioned heavenly bodies, being in conjunction in the horoscope, speak of the deep psychologism of the personality, its humanistic orientation, as well as the desire for moral and moral purity.

Since both planets are associated with the topic of finance, then a person wants to achieve prosperity and stability. Jupiter and Neptune symbolize wealth and this has to do with any resource, both spiritual and material. As a rule, intuition tells the subject how to get benefits and achieve well-being. 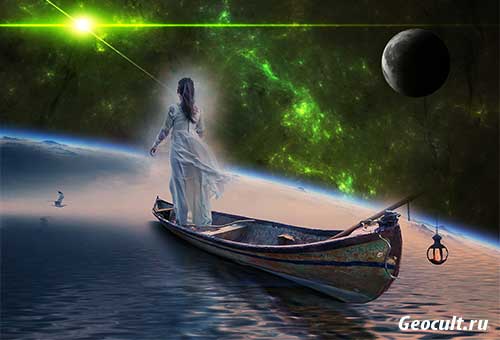 The influence of the aspect on personality traits, worldview and views of a person

The conjunction of Jupiter and Neptune is most clearly manifested in the character of a person, when through aspects it influences the personal planets of the horoscope. Such people are very idealistic and religious. Often they show interest in everything secret and unknown, see prophetic dreams and know how to interpret the signs of fate. Their interests usually include psychology, magic and esotericism.

A native with this aspect may be interested in art, as he has well-developed imaginative thinking and rich imagination. He draws inspiration from getting acquainted with literary and musical works, as well as getting in touch with the world of cinema and theater.

The negative sides of this aspect can be isolation from reality and the native's tendency to soar in the clouds. Such people can believe in dubious religious ideas, actively promote them and thereby mislead others. It is necessary to avoid sects in every possible way and avoid negative effects on the psyche.

The conjunction of Jupiter and Neptune in some zodiac signs

The influence of these planets in conjunction is most favorable when they are essentially strong. For example, Neptune and Jupiter in the sign of Sagittarius speak not only of the native's high spiritual aspirations, but also of his great energy. He is successful academically and successful in sports, law and teaching.

The conjunction of the planets in Pisces speaks of the native's rich inner world and his good imagination. Such people can realize their abilities in the field of art, religion and philosophy. They are born psychologists who easily understand those around them. The owner of the horoscope is always ready to listen and give good advice.

The conjunction of Neptune and Jupiter in the sign of Cancer endows a person with caring, mercy, love for nature and his native land. Such people in most cases are happy in family life, happily maintain family ties and know how to create coziness and comfort in the house.

If the Sun or Moon of the native's horoscope has harmonious aspects with Jupiter and Neptune, then the life of the owner of the horoscope is going well. Most often, he receives a good education, and this gives him the opportunity to build a good career and find wealth. There are no serious difficulties in personal life. As a rule, parents and relatives give good advice to the native, and thanks to their example and support, it is possible to build a harmonious and promising relationship with a partner.

The sun or moon damaged by the conjunction of Jupiter and Neptune makes the native's life full of various troubles and unforeseen circumstances. At work and in personal life, everyday problems, disagreements and ambiguous situations arise. You can't get away from problems, indulge in laziness, apathy and hope that everything will be resolved somehow by itself. A person with this constellation needs to learn to be more practical, active and forward-looking.