Uranus in the 11th house

The patron planet of originals and freedom-lovers Uranus in the 11th house directly affects a person's relationships with friends, colleagues, social groups, from school to the end of life. Nativa is drawn to people who are unlike him, or the same creative and reckless as he is.

Among his friends there are no middle peasants and simpletons, although they can join the group he is creating, which he will gladly lead. If you manage to defeat a strange feeling of shyness or, on the contrary, a proud feeling of being chosen, then the choice of communication will be wide – from a homeless person playing jazz on bottles to a famous magician and artist.

Friendship for the owner of Uranus in the 11th house always comes first, but is understood as unity in a secret society under the slogan: “Freedom, equality, brotherhood.” Communication under the auspices of the good goal of transforming the world, breaking stereotypes, creating a new vaccine that will save millions leads to the fact that the native leads a new trend in medicine, art and politics.

He is attracted by the bohemian environment and he himself strives for free connections and sexual contacts. More often than not, a life scenario unfolds with several general trends:

The karmic task is to understand that each member of society has the right to his point of view, to develop responsibility for those with whom he shares ideas and experiences joint spiritual growth. 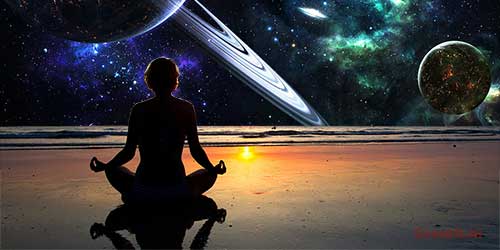 The owner of Uranus in the 11th house is an interesting extraordinary interlocutor and companion in adventure, it is impossible to get bored with such a friend, but loyalty to fictional ideals makes him critical of the choice of a close circle of friends, which often leads to loneliness.

If there are many planets in the 11th segment, for which Aquarius is symbolically responsible, then the native has a chance to become a famous writer, artist and artist. The nature of relationships with friends and colleagues is strongly influenced by the zodiac sign, where Uranus is located in Natal:

1. Aries, Leo, Sagittarius – active, famous, talented leaders, with whom there is often competition, rivalry and quarrels. Scandals happen in public, but everyone quickly reconciles, generously forgiving each other for the sake of a common idea.

2. Gemini, Libra, Aquarius – the pure book idea of ​​friendship permeates the brotherhood of like-minded people. Nativa is drawn to inventors, writers, journalists, with whom you can talk about interesting topics, share the ideas of transforming the world. Communication often takes place in the Internet format – on forums, social networks, websites.

3. Virgo, Capricorn, Taurus – there are few friends, a person is very picky about potential acquaintances, mentally measuring them with high standards, but choosing a friend, he will be faithful and will not betray, even being disappointed. Strong connections with like-minded people happen at work, with a boss or a peer.

4. Cancer, Scorpio, Pisces – a strong craving for the owners of occult abilities, shrouded in a halo of secrecy. It is necessary to overcome the urge to communicate with dangerous people and not be enchanted by the negative charm of the leaders of criminal groups. Astrology will help you understand the purpose. Among friends – esotericists, doctors, poets, artists.

Aspects and nuances of their impact

Special attention is required to harmonize Uranus struck by bad aspects in the 11th house, because then relations with partners take on a threatening connotation – plans are thwarted, quarrels and betrayal poison lives.

The square with Saturn, which has direct access to control of the 11th segment, is especially dangerous – older relatives destroy the native's life, or there is a confrontation with the powerful, a life-and-death struggle.

Opposition with Jupiter portends megalomania and conflicts with the boss, and if the leader is a native himself, then confrontation with the team. A bad aspect with Mercury is expressed in an arrogant desire to humiliate opponents with intellectual superiority.

Favorable trines with Venus in the natal chart give women faithful friends, men friendship with the fair sex, and the strong position of Jupiter helps to get support and help in difficult times from high-ranking patrons.