Chrysolite (Olivine) – the magical properties of the stone

The word “chrysolite” is translated from ancient Greek as “gold”. The stone was so named for its soft, greenish-gold color. In the old days, chrysolite (Olivine) was called an evening emerald, since after sunset, its beautiful, green hue is especially noticeable.

Chrysolite has a very rich history. Even in the Bible, he is mentioned as a stone that must be present in the clothes of the high priests.

The seventh foundation of Heavenly Jerusalem, according to the “Apocalypse” of John the Theologian, is decorated with chrysolite. This stone is one of the regalia of the famous Russian crown. 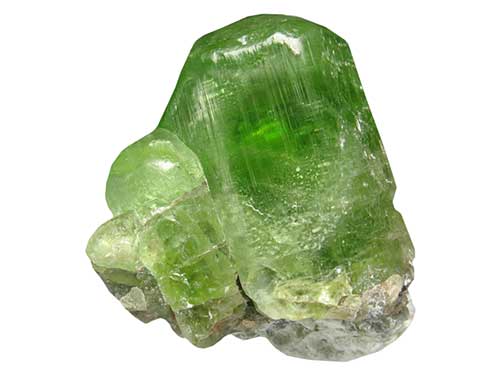 The Mongols call chrysolite the Dragon Stone. It was believed that the gem, having absorbed the power of a powerful, mythical creature, is able to drive away evil spirits, as well as help to get the disposition of others, without any problems. This stone has always been considered an irreplaceable talisman of lawyers, for it helped to win the most difficult, complicated cases.

Since chrysolite is credited with the ability to preserve property, it is often worn by bankers, traders and merchants.

Chrysolite (olivine) is exactly the stone that helps the owner to protect himself from wrong actions, in ancient times it was called the stone of the highest law. Since chrysolite is the embodiment of will, it can significantly add courage to the owner, give strength, help not to go astray.

A gem, faithful to the owner, will relieve impotence and melancholy, return the joy of life, help to make a deliberate, balanced decision.

The stone is unsuitable for people who like to interfere in someone else's life, to impose their will on others. Chrysolite is a symbol of one's own spiritual path.

The gem has a soft calming energy, it will give confidence to Virgo and Pisces . Chrysolite will bring the greatest benefit to Leo , because the character and energy of the stone completely coincides with people born under this solar Zodiac Sign . They, like chrysolite, love to envelop loved ones with care and boundless love. It is with Leos that chrysolite is often revealed to its fullest as a talisman. 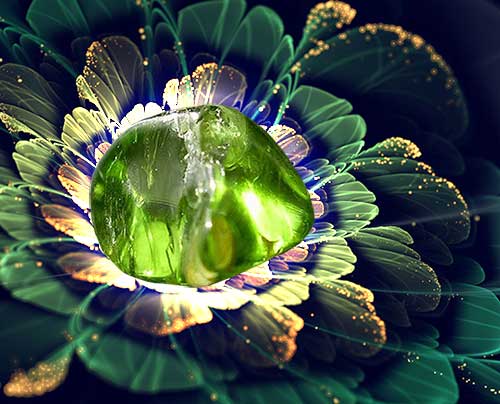 More often than others, chrysolite is given to athletes; it is also well suited for those who strive for family happiness.

It is advisable to carry with you chrysolite, carved in the shape of a fish or a lion. The stone talisman for the house should be placed in the living room in the very center, in a conspicuous place, it will gratefully shine in the setting rays of the sun and give magical energy to the people living in the house.

In terms of price, chrysolite is inferior to precious stones, but it is no less valuable as a present to a dear person. The Dragon Stone, full of inner nobility, will surely bring happiness to the owner.

It is desirable that the shape of the talisman resembles an animal. This form is close in spirit to the solar energy of the stone and will give the greatest effect.

Chrysolite (Olivine) is worn without a rim, or in gold, this noble metal greatly enhances the positive properties of the stone . The gem has very good energy regeneration, therefore, even if the stone was once stolen, there is no need to worry that it can become a carrier of negative emotions. The only thing that cannot be done is to steal chrysolite yourself, then it will not give anything but harm.

Chrysolite stone is well suited for the following signs of the zodiac: Pisces , Leo , Virgo , Cancer . 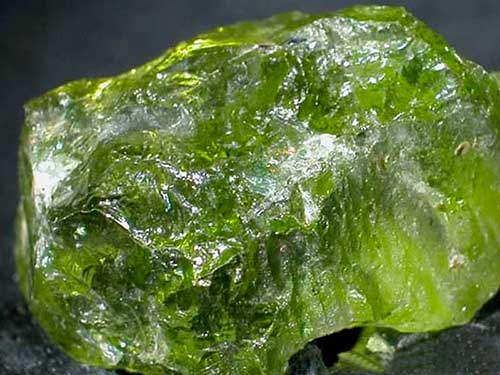 How to distinguish a fake

Chrysolite is considered a gem, but its cost is not high enough to grow artificial gems. That is why scammers create fakes from plastic and glass.

Real stones have sufficient strength, they are very difficult to scratch. If you run a sharp object over a natural stone, nothing special will happen. If you have an imitation made using plastic in your hands, you can see how chips are separated from the stone.

The color of natural chrysolite is always uniform. On a fake made of glass, it is almost always possible to distinguish unevenness in color, color compaction in some places and too much lightening, fading in others.

Squeeze the stone in your hand for a while, then release, natural Chrysolite will either hardly heat up, or, after a couple of seconds, it will become cold again, while the fake will remain warm.