Pisces complete the Zodiac circle. They enter the stage on February 20th and leave on March 20th. Their natural element is Water. The planetary ruler is Neptune .

A striking feature of Pisces is a developed spirituality. They are dreamers and idealists, connoisseurs of nature. Their actions are based on intuitive impulses. Representatives of the sign are generously endowed with a sense of humor. They are sociable, benevolent, tolerant of other people’s mistakes. Among Pisces there are many selfless natures who completely give themselves to family and friends. Others’ troubles give them more suffering than their own.

The life of Pisces is complicated by a lack of will, a tendency to compromise, excessive compliance. Unable to understand their “I”, many individuals are eternally rushing between the high and the low, between the Temple and the Vertep.

Despite the innate gentleness, Pisces are not easy partners in family life. Because of their worldly helplessness, some of them learn from childhood to manipulate other people, not having the ability to earn money, willingly agree to a marriage of convenience.

The cause of the problems is weak energy. Passivity and lethargy prevent Pisces from coping with even minor everyday troubles.

Stones selected in accordance with the horoscope help fill the lack of energy, correct problem areas.

Astrologers advise Pisces to constantly wear amulets, stones, talismans . They should include at least 12 pieces in their collection. 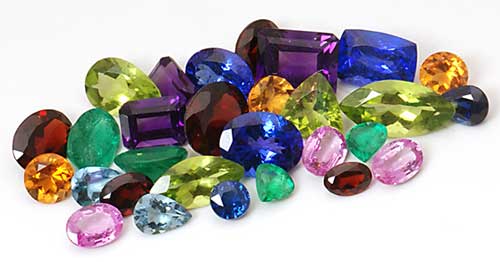 The time of the sign is early spring. The dazzling blue of the sky is diluted with the white of the clouds. Pale primroses make their way through the melted snow. The gems of Pisces seem to reflect the cool spring flavor. Minerals of milky, lilac, blue, green, light purple shades are mainly in harmony with their inner world.

Beryl of the color of the sea enhances the active principle of life, restores peace of mind, softens anger. It is good for inert Pisces. And aquamarine attract love and money.

The gem gives good luck, brings peace to the family. It relieves Pisces from mood swings, charges with positive energy. Amethyst softens the bitterness of love failure, contributes to the emergence of a new feeling. But he has one cunning feature. Presented as a gift, amethyst can make the donor fall in love and betray the old love.

Jet stone is strikingly different in color from other Pisces amulets. He’s black. The personification of the secrets of the night, jet protects nervous, sensitive individuals from dark dreams, extinguishes inexplicable fears, dissolves in its blackness all evil directed at its owner.

This is a symbol of true love. It brings a happy and long life to Pisces. A ring with pearls – protection from thieves and fraudsters. The tarnishing of the gem signals the development of a hidden ailment in its owner.

Along with the mournful black jet, the bluish-silver adularia protects the Pisces’s sleep, helps to maintain composure in stressful situations. Moonstone attracts money. But it cannot be worn constantly – the mineral dulls the severity of the reaction at the moment of danger.

Pisces tend to embellish reality. Opal protects them from envious people, swindlers, liars. It gives firmness to weak natures. Because of its changeable color, opal is associated with impermanence. But to Pisces, the milky white variety of the mineral (cacholong) brings family well-being and sublime love. There are many creative people among the representatives of the sign. Opal enhances their talents, gives rise to inspiration. 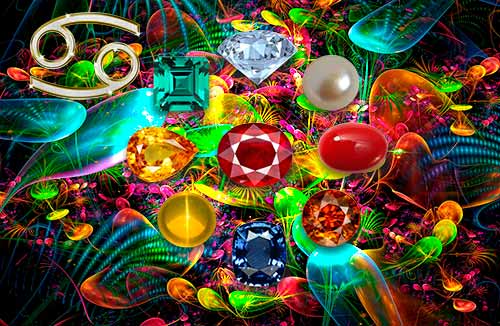 Choosing a mascot stone by horoscope date for Pisces

The patron planets endow people with their own characteristics. When choosing gems, you should consider the date of birth.

During this period, poets, romantics, lovers of change are born. The influence of Saturn takes them away from the realities of life into the world of dreams. It is useful for such individuals to include the following instances in the set of talismans:

Jupiter’s wards dream of a worthy assessment of their merits from others.

The third decade obeys Mars . People of this period are cheerful, sociable. Moreover, they are capricious, quick-tempered, suspicious. They are recommended to add to the main talismans:

Pisces is a sensitive sign. Active, energetic stones are contraindicated for them. The bright red and thick, dark color of minerals can trigger depression. Although the opinion of modern Astrologers disagrees about unsuitable stones and some, on the contrary, advise choosing stones, not according to the Sun sign, but according to a weak planet in the natal chart . The list of stones to which Pisces should take a closer look.