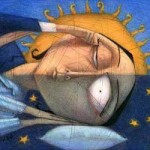 Human life, like everything in nature, is subject to the influence of cyclical changes. The success of a particular type of activity at each moment of time is determined by the balance of the inflow and outflow of its internal energy. This balance changes in accordance with the cycles of human biorhythms .

This unique phenomenon was discovered at the beginning of the 20th century. There are three biorhythms that accompany a person from birth to death: physical, emotional and intellectual . There are “peak” days in a person's life when he achieves perfection in everything, as well as critical days, which can be accompanied by various troubles and failures in business. The calculation of the cycle of each biorhythm allows you to determine how successful the corresponding type of activity will be in a given period of time.

The physical biorhythm of a person is represented by a cycle, the duration of which is 23 days. The first half of the cycle is the positive cycle period, and the second half is the negative. In addition, it is necessary to take into account the presence of critical days when changing one cycle to another and when moving from one phase to another.

The physical cycle of human biorhythms determines the capabilities associated with the functioning of the human body. In other words, the positive phase of this cycle is accompanied by excellent health and a successful outcome of those cases that require physical effort. The negative period of the cycle, as well as critical days, is the time when everything falls out of hand for a person, and it is quite difficult to find the strength to solve everyday tasks.

A person's emotional biorhythm determines his creative abilities, general mental state (periods of optimism and pessimism), and also affects relationships between people. The cycle lasts 28 days. The first half of it, which is an excellent period for the implementation of creative activity and the establishment of love, friendship and business ties, was called the “unloading phase”. The next “recharge phase” is less successful from the point of view of human sensitivity. During this period, people are touchy, immune to criticism, react painfully to any setbacks.

We should also not forget about the critical days that accompany the emotional cycle of a person's biorhythm. At these moments, unexpected outbursts of emotions can occur, which provoke the strongest conflicts. Subsequently, people regret what happened. By tracking such days, you can correctly dispose of your capabilities, as well as protect yourself from unpleasant situations. 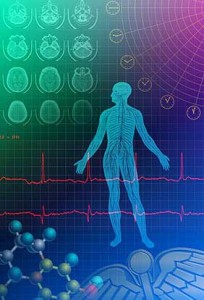 The duration of the human intellectual biorhythm cycle is 33 days. There is also a division into positive and negative periods, separated by critical days.

The positive period is characterized by a sharp mind, an easy solution to all mental tasks, as well as the implementation of the most ambitious plans. On such days, a person feels a lack of intellectual workload and tries to reduce discomfort by reading books, doing crossword puzzles, or in other ways.

The negative period is not the best time for active brain activity, since even the simplest tasks can seem incredibly difficult and will take several times longer than usual. Concentration is low, mistakes are often made.

The critical days of the human biorhythm intellectual cycle cause serious mistakes. It is better to spend such moments in a state of rest, in no case do you take on important matters, since there is a complete confusion in your head. It is impossible to correctly assess the situation and draw the right conclusions. 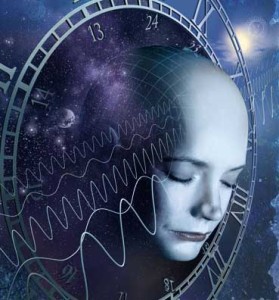 Human biorhythms do not work by themselves. Each one influences others. This is clearly seen on the standard biorhythm curves, where they cyclically intersect with each other.

The general condition of a person also depends on the physical biorhythm of a person. The negative phase of this cycle leaves its mark on the emotional and intellectual sphere of life. For example, on the peak day of a person's emotional biorhythm, a negative value of the physical cycle will significantly reduce creativity.

However, excellent physical shape, combined with an extremely unbalanced mental state or loss, which reflects the critical days of a person's intellectual biorhythm, also loses its meaning.

In order to use your internal resources as efficiently as possible, it is necessary to track the peak and critical days of a person's biorhythms. Especially important are those periods when all three cycles are in a positive or negative phase. At these moments, important events take place in a person's life, and a correct assessment of your capabilities will allow you to competently use your energy or avoid big trouble.