Haircut taking into account the rhythms of the moon 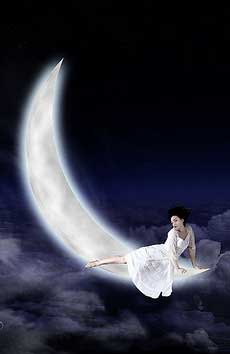 Cutting hair and nails, taking into account the lunar rhythms, contributes to the direction of astral currents in a positive direction, helps to make the most of your own resources and achieve maximum results in any business. Therefore, before you go to the hairdresser, or at home to put beauty on your head, it is recommended to look at the haircut lunar calendar .

Any lunar month (rhythm) is similar to the human life cycle. It has all the stages of development inherent in any living organism: birth, development, flowering, withering.

Such days are otherwise commonly called “dark” or “Hecate's day” (in honor of the ancient Greek queen of the dark moon). Their duration is a couple of days before and after the new moon. At this time, most people are characterized by deviation, both in mental and physiological well-being. In addition, those people who were born on the new moon often have internal contradictions, and are also prone to systematic depression. The days of Hecate are a period in which vitality is running out, activity is reduced, people are as vulnerable and exhausted as possible. During the new moon, the human body is preparing for a new renewal. In this regard, cutting hair and nails is not recommended, because it can lead to energy imbalances and attract negativity.

The first growing quarter of the moon

The element of the first quarter of the growing phase of the moon is the Earth . Her patroness is Artemis (that was the name of the ancient Greek goddess of war).

During this phase, the body begins to store energy. This explains a slight decrease in immunity, and poor health in weak organisms. At this time, you should not torture yourself with increased physical and emotional stress, otherwise, it can provoke a complete breakdown. For hair cutting, this period is considered neutral, and does not have any additional effect. 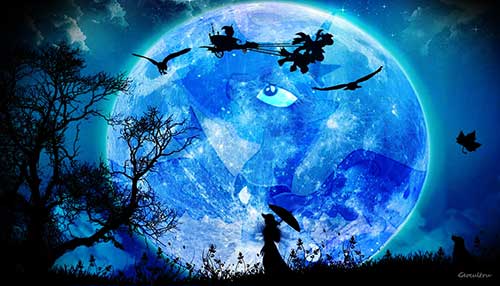 The second growing quarter of the moon

Water is the element of the second phase of the moon. Her patroness Thetis (eldest daughter of the sea deity Nereus and Queen of the Moon Selene).

In addition, the hair becomes highly susceptible to nutritional and vitamin complexes. Therefore, it is recommended, in this phase of the moon, to use various vitamin masks to strengthen the hair, they easily absorb all the valuable components that make up the various masks.

It is characterized by a change in rhythms. The body moves from concentrating forces to using them. The accumulated energy, both mental and physiological, reaches its peak and is transformed into increased excitability and nervousness. Often, disorders of the nervous system make themselves felt, there is a sharp change in mood.

A positive emotional attitude in this phase of the moon helps to find a trip to the hairdresser and home beauty rituals for hair care. A haircut done during this period will activate further hair growth and fill it with vitality.

Third waning quarter of the moon

Air is the element of the third phase of the moon. The patroness of this cycle is called the goddess Diana (ancient Roman warrior). 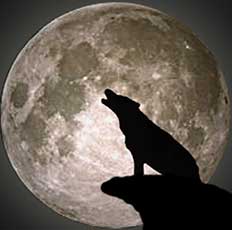 The organism is characterized by maturity at this time. Therefore, concentrated energy begins to be actively spent. But despite this, the forces are still at their peak. During this period of the lunar cycle, any stress, pain, is easily tolerated.

Therefore, during this period, it is recommended to carry out various manipulations with hair and nails. Including medical ones, for example, such as the removal of purulent formations, an ingrown nail.

A visit to a beauty salon in a decreasing phase is recommended in order to strengthen the hair. After the salon procedures carried out during this period, it is even possible to change the structure of the hair. But a haircut at this time, on the contrary, will slow down hair growth, but make it stronger, which will have a positive effect on the shape of the hairstyle.

The fourth waning quarter of the moon

Fire is the element of the moon phase. She is associated with Eris, the ancient Greek goddess. Vitality at this moment is actively spent.

Too frequent visits to the hairdresser are not recommended during this period of the lunar cycle, as this can accelerate the waste of energy. But if the lunar day and the sign are favorable, then such a haircut will absorb their positive energy.