People often attribute depression to the new moon , and when they cannot sleep, they blame the full moon . But, do the phases of the moon really affect our state and mood in this way?

This question is of interest not only to astrologers, but also to famous scientists. For example, in Switzerland, doctors for a long time monitored patients who suffered from cardiovascular diseases. It was found that they received more than thirty percent of heart attacks just when a thin crescent of the month appeared in the night sky.

All phases of the moon:

Employees of the investment bank Macquarie Securties (USA) have been studying the rise and fall of stock indices for eleven years. All the available data were analyzed and the result was summed up, which indicates that the maximum profit is obtained two days before the new moon and the same period after.

Interestingly, the indicators were almost the same for all countries and exchange players. There are many studies on this topic of interest to scientists, but what are the explanations for this phenomenon?

Since ancient times, people have known that the tides in the oceans depend on the phase of the moon. According to these facts, physician Arnold Lieber from the United States proposed a version of the so-called “biological tide.” Indeed, in the human body, similar phenomena are also observed, but of course not so large-scale. The permeability of the membrane of each cell and its water balance change. Changes its amount in nerve tissues, melatonin and serotonin.

American scientist Robert Becker put forward a different version of the influence of the lunar phases on humans . He believes that the Earth's satellite has a strong effect on its magnetic field, and as a result, the body's electrical impulses change. 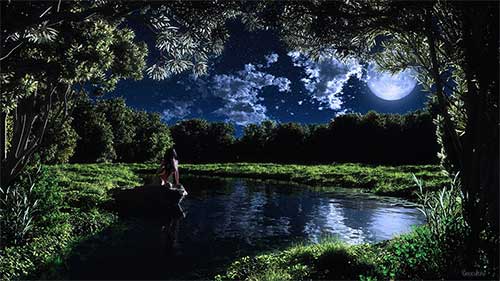 Scientists recognize the phases of the moon as biological rhythms that help organisms adapt to changing conditions in nature. These phases belong to the so-called infrared rhythm, which lasts more than a day. Scientists from St. Petersburg State University and Moscow State Pedagogical University conducted experiments on the influence of the force that generates hot flashes on the stronger sex. Such studies were carried out for several months. As a result, it was found that their logical thinking changed to intuitive. Men lost some of their rationality and foresight, it was rather difficult for them to communicate with colleagues.

Women are more susceptible to the influence of the moon than men. As you know, the duration of the menstrual cycle is about 28 days, that is, it completely repeats the lunar cycle . Scientists do not consider this a mere coincidence, since everything in nature is interconnected. A series of studies proves that being at night with constant artificial light, interrupting the light of the moon, has an extremely negative effect on health. It has been proven that the menstrual cycle can get lost even from the light of a lantern falling through the bedroom window. If there is no such lighting, then the cycle is restored (some noticed this effect when they left the metropolis for the countryside). The group of scientists believes that earlier, especially in villages, the menstrual cyclecorresponded to the phases of the moon: ovulation coincided with the full moon , and menstruation with the new moon (the founder of Darwinism also adhered to this point of view). However, this hypothesis has not yet been confirmed. 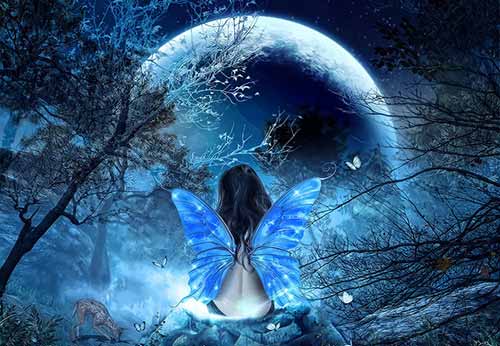 So does humanity need to adapt to the night star? Researchers from Chelyabinsk are confident that it is necessary. When developing a training schedule for athletes, it is worth taking into account the processes of gravity that occur in different lunar phases . Russian professor V. Sivakov argues that the human body is sensitive to any influence.

The group led by Sivakov studied the results of the performance of the Russian national biathlon team at the World Championships in 2001-2004. and found that gravity has a great impact on the work of the neuromuscular and neuroendocrine systems. The highest rates of athletes were demonstrated after the new moon.

According to homeopaths, the human body has excellent adaptation, and it simply may not notice a slight deviation in well-being. Chronic illnesses also worsen after the new moon , especially in people who have low arterial blood pressure.

Doctors at the Bradford Royal Detention Center in Britain noted that on a full moon, people are twice as likely to be bitten by dogs. Researchers have not yet figured out: does the full moon affect them or do people become more aggressive and provoke animals? 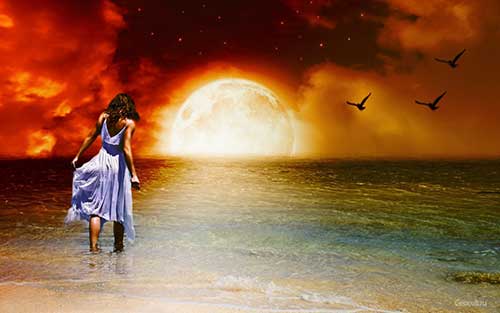 Everyone can observe the relationship of their well-being with the phases of the moon. Studying your biorhythm will help you change the alternation of your activity and rest in time. The full moon also saw an increase in various delinquencies and suicides. The renowned psychologist Raphael Lasser, has studied the Swiss forensic chronicle for a quarter century. Her findings are confirmed by forensic experts, having studied the data of criminal offenses in the US state of Ohio, the increase in delinquency is cyclical and corresponds to the lunar cycles.

Almost all living organisms have synchronicity with the phases of the moon. In Holland, they studied the activity of plankton and found out that it rises to the surface of the water or, conversely, goes into the depths, depending on the phase of the moon. This phenomenon manifested itself even at great depths, where the penetration of light is excluded.

To find out what phase of the moon today, use our online lunar calendar.