Planning a child on the lunar calendar 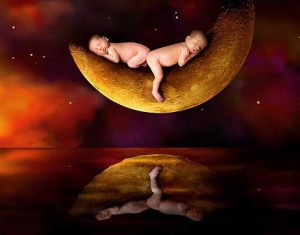 When starting to plan a child, first of all, you need to take into account the physiology of this process. In the female body, the egg retains the ability to fertilize for only two days from the moment of ovulation. Sperm cells, from the moment they enter the vagina, retain their activity for about three days. Given these data, it can be concluded that fertilization of the egg can occur within three days before ovulation, on the day of ovulation, and within two days after. Thus, the fertile phase, that is, the time when it is possible to conceive a child, lasts only six days a month. It is on these days that you need to have more active sex if you have a desire to get pregnant. Otherwise, these days you need to either refrain from intimacy, or use the contraception that suits you.

The influence of lunar rhythms on the conception of a child

People have noticed, and science has confirmed the strong influence of the Moon and its gravity on our planet. The opinion that the Moon regulates only the watery expanses of the Earth is not entirely correct, since the strength of the Moon is so great that it also affects the hard earth's crust. It's just not so noticeable because of its high rigidity. Liquids, on the other hand, are much more susceptible and more easily influenced by the moon. This is due to the relationship of ebb and flow in all water bodies of the planet. The human body consists of 75-80% water, which makes it also susceptible to the influence of the lunar rhythms.

Scientists have studied the influence of the moon on vital activity and procreation in various animals. It turned out that marine mammals prefer to breed on the waning moon, because during this period they experience the greatest increase in strength and endurance, which contributes to the birth of a strong and healthy individual without harming the mother.

In terrestrial animals, the influence of the moon is manifested in a slightly different way. In females living in the wild, ovulation always occurs on the full moon. And it is on the full moon that all animals experience a peak of activity. During this time, animals accumulate the greatest amount of strength and energy. Of course, this is a very suitable time for breeding, as it is more likely that they will be healthy and strong babies.

For humans, these rules do not apply. The most appropriate time of the lunar cycle for conceiving a child is the first half of the lunar cycle. At this time, the human body begins to accumulate energy, which contributes to the birth of a healthy, strong and well-adapted child. Studies show that most often fertilization occurs precisely in the second lunar phase, the time before the full moon.

What is the reason for the fact that female animals always ovulate at the most favorable time on the moon, while humans do not? There are several good reasons for this. First, humans have karma that creatures of the lower class do not have. Secondly, humanity has become too distant from nature and no longer feels such a strong connection with it as before. Thirdly, the ever more developing socialization and scientific and technological progress, as well as less natural food and the use of contraception, affect the physiological processes in the female body.

Those women who ovulate on the eve of the full moon or directly during the full moon can be congratulated. They are the most harmonious, strong, have good karma and a strong connection with nature, which is especially important for women. The conception of a child for such women will occur in the second phase of the moon, which is an extremely favorable time for the beginning of pregnancy, and allows them to bear and give birth to a strong and healthy child, with no karmic debts and a harmonious inner world.

But the development of the modern world in the form in which we see it has a tangible effect on the human body, correcting its work. In addition, each life lived adds to us positive or negative karma, which also affects how nature will give us a child, what kind of child it will be and when it happens. In addition, the nascent child also has his own karmic baggage, which allows him to be born in a specific family at a specific time. Depending on the time of ovulation, conception may occur in one of the phases of the lunar calendar: 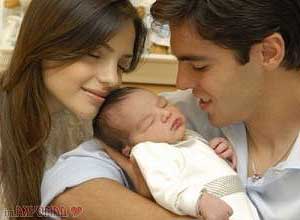 When planning conception in accordance with the lunar calendar, you need to take into account that ovulation in women whose monthly cycle is unstable may occur at different times in different lunar phases. On average, the cycle lasts 28 calendar days, but there may be a deviation up or down. Therefore, when planning a pregnancy, you need to take into account the course of physiological processes in your case.

It is very difficult to determine and predict the lunar day, when exactly the child will be conceived, because, even having planned everything clearly, you will not be able to control on which day of the fertile phase the fertilization of the egg will occur. In the end, nature is much smarter than us, and it will decide on what day it is best to start a new life, what will be the best options for both you and your unborn child. But, knowing in which phase of the moon you ovulate, you can determine in which lunar phase a child will be conceived, and find out what common features the moon will endow him with.

Depending on which phase of the moon conception occurs, the child will be endowed with a certain set of qualities, character traits, talents and shortcomings:

Children conceived on the new moon are very sensitive, gentle and not independent. It is difficult for them to cope with life on their own, they constantly need help and protection. They are very vulnerable and susceptible.

Children conceived in the first phase of the moon are very cute, gentle and bright. Everyone is drawn to them, but they themselves remain childishly naive and open all their lives. They have a very soft, responsive character, and regardless of gender, they are quite feminine.

Children conceived in the second phase of the Moon are distinguished by good physical characteristics, good health, harmony and strength. As a rule, they have a healthy emotionality and are very firmly on their feet in life. 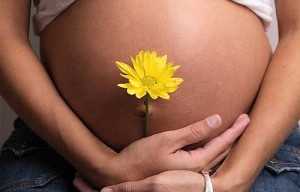 Children conceived on a full moon are extremely impulsive and emotional. They can not always control themselves. Very active, but self-discipline suffers.

Children conceived in the third phase of the Moon are endowed with the richest inner world and a developed soul. These are very complex natures and can go down the low path of development, realizing all kinds of character flaws, so it is important to educate them correctly, orienting them to the right path in life.

Children conceived in the fourth phase of the Moon receive a certain amount of emotional and psychological problems “inherited”, which make them somewhat closed. She tends to suppress her emotions, which prevents them from becoming a harmonious personality. They have a rich and rather complex inner world.

In addition to the lunar calendar, when planning pregnancy, you must also take into account the periods of lunar eclipses. If ovulation occurred during the period of the lunar eclipse, as well as within several days before or after it, then it is better to refuse conception this month. A lunar eclipse negatively affects not only the physical properties of the body, causing weakness and activating diseases, but also causes a surge of negative energy, therefore, children conceived during the period of a lunar eclipse are born painful, have a complex and difficult character. They will have to live a difficult life, often very unhappy.

Planning the sex of the child according to the lunar calendar

It is possible to plan the sex of a child not only by being guided by lunar vibrations and phases. For many years, various patterns of the birth of boys and girls have been studied in a variety of women. There are several similar patterns, many of them have not yet been fully studied and cannot be explained, nevertheless, some of them make it possible to quite accurately plan or predict the sex of the unborn child.

So, for example, numerous observations revealed a pattern, the essence of which is that the gender of a child depends on the woman's age at which conception occurs, and in what month of the year it occurs. If a woman is an even number of years, then in even months (February, April, June, August, October and December) she will have a female child, in odd months (January, March, May, July, September, November) a boy will be conceived. And, conversely, if a woman is an odd number of years, then a girl will be conceived in odd months, a boy in even months. 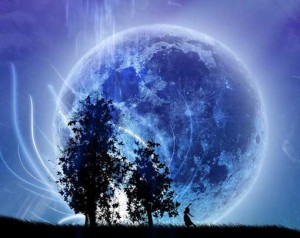 The nature of such a pattern is ambiguous and not fully explainable, but, nevertheless, such a technique for determining the sex of a child gives good results with a high percentage of truthfulness. You can test this technique on yourself and your mother.

In any case, when you are planning your family, you should not focus on complete control of when conception should occur and what gender should be the child. To whatever level scientific progress has reached, nature is still smarter than us. Therefore, the main thing is that the child is desired and loved for you and your man. This is a much more important point that you need to think about when you are going to have a child, because no matter what day of the lunar cycle a child is born, the first thing he needs is parental love, care, and then education, which will play a decisive role in how successful and happy your child will be!