Neptune in the 10th house of the natal chart obscures the scope of the native’s purpose and does not allow him to focus on the only professional path. A person longs to be useful to society and see recognition of his merits, but has little idea how to do this. Trying himself in various fields, he cannot get rid of the thought that this is not what he wants, and moves to a new place of work.

Soul throwing drags on, and the native sometimes works as a clerk in the office to earn money, and in dreams sees himself as a stage star or a famous writer. The thirst for glory is inherent in all the owners of the planet in the tenth segment, even applause after participating in an amateur performance or praise from the boss before colleagues makes the owner of Neptune in the 10th house incredibly happy.

It is better to choose a creative profession, which is facilitated by a strong acting charisma and a natural talent to attract attention to yourself in public speaking. The weak position of the planet provokes intrigues and intrigues of colleagues and tensions with the boss, and in a strong position, the heightened intuition of the native will help to get out of the water. 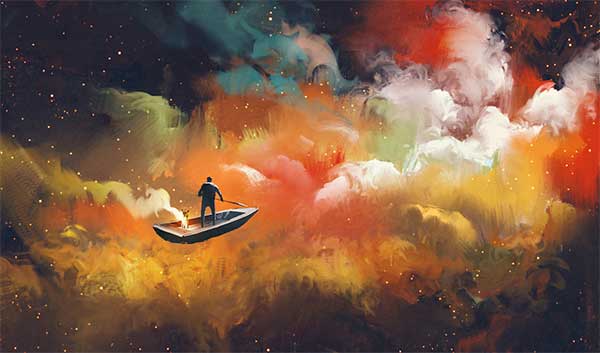 The owner of Neptune in the 10th house does not want to become a boss. His talents are multifaceted, but the ego is easily inflamed in a leadership position, the mind follows the path of permissiveness.

Since Neptunian arrogance and pride are immediately balanced by tough Saturn, then for professional success it is necessary to stand on a position of equality, without exalting oneself. The desired option for a native is to live on the support of her husband or parents, engaging in creative activities and not worrying about their daily bread. He will be happy with activities unusual for those around him:

The parents of the owner of Neptune in the 10th house, as a rule, are creative and non-standard people, travel a lot and tend to develop their children comprehensively, which forms the desire to continue to go in a creative direction, which is also influenced by the zodiac sign in the tenth segment:

1. Aries, Leo, Sagittarius – the strongest desire to become famous and leave a mark in history, grab all chances of fate, are ready to go over their heads for the sake of glory, thanks to which they succeed. They are on friendly terms with the authorities or in conflict, they often “sit up” to take a leadership position or lead the opposition. The purpose is seen in cinema, theater, television, politics.

2. Taurus, Virgo, Capricorn – strive to work for the good of society, but receive returns in the form of material reward and tangible results of creativity, while remaining behind the scenes. The external beauty of the interior at the place of work is of great importance, they protect the reputation of the common cause. Least of all are subject to pride in the position of the boss, organizing and rewarding employees, they stand in a position of justice. They find themselves in medicine, archeology, pedagogy, literature.

3. Gemini, Libra, Aquarius – humanities-experimenters with a craving for the occult adore the position of a free artist, designer, stylist or astrologer. They manipulate people to achieve success in their profession, diplomats are by nature, but often change goals and priorities, sometimes they are engaged in several areas at the same time. They do not like to depend on the boss and the work schedule, but they are supportive of sponsors.

4. Cancer, Scorpio, Pisces are ambitious, but cannot stand competition, a poetic worldview does not interfere with being realized in the technical and medical direction. They choose to work in the secret services, romanticizing it, they like to unravel the secrets of history: scouts, archaeologists, science fiction writers. Talented singers and composers, but there will be many obstacles on the road to fame.

The talents and ways of self-expression of a native with Neptune in the 10th house are also influenced by aspects with other planets. Sextile with Uranus gives a bright endowment, creative innovation and ingenuity, and if there is a positive union with the Sun, then worldwide fame.

A favorable aspect in the natal chart with Mercury endows with eloquence and pedagogical talent, with the Moon – a poetic and artistic gift, but defeats from these planets will push a person onto the criminal path of fraud and theft, and alcohol and potent drugs will also have a fatal effect on him.

The symbolic owner of the 10th house is Saturn , so a harmonious aspect with him will provide a quick career takeoff, and the configuration is fraught with difficulties in self-realization. Trine with Venus does not exclude an office romance and endows with artistic charm, and with Mars – the determination to fight to the end for a dream.