The ruler of fluids and transcendental consciousness – Neptune, being in the 6th house , gives rise to illusions in a person regarding work and personal position on the hierarchical career ladder, turning him into an idealistic eccentric seeking informal relationships with colleagues and bosses. You cannot rely on such an employee if the planet is in a weak position: he confuses deadlines, does not remember where he put important documents, and being a creative person often goes into a binge.

It is best for a native to work as a freelancer or strive to quickly become a leader, for whom the team will carry out routine organizational activities, and to build successful business relationships, exclude alcohol and strong drugs, to which an addiction instantly arises. The possessor of Neptune in the 6th house – Michael Jackson, suffered a career failure precisely because of his addiction to psychotropic and painkillers.

Ailments are associated with the lymphatic system and the psyche. These are often sick children and adults looking for signs of fatal ailments, panicking at the sight of a doctor. They read various medical literature and are fond of herbal medicine. The karmic task is to draw conclusions from the lessons of life and unpleasant situations caused by suspiciousness and distraction, to observe discipline and daily routine.

Neptune in the 6th house provokes a state of apathy and soreness, which should be counteracted by bringing cleanliness in the house, on the desktop, in thoughts and actions, without neglecting the simple rules of personal hygiene. Babies with this position on the planet are carefully vaccinated, they often have allergies and respiratory diseases.

A native will not be able to realize himself in a business that looks profitable, but does not affect the inner strings of the soul. Inspiration comes from a creative approach to boring responsibilities or through love for a colleague, boss. A person can work not for the sake of money, but for the utopian idea of ​​saving the world, or perform exhausting work for the sake of future glory.

Artistic inclinations without the support of the higher planets are poorly realized: actor-performer of cameo roles, assistant director, journeyman, stage worker: it is difficult to rise above this level without the support of aspects with the Sun and Jupiter . Selfless service comes easily to the native, it is no coincidence that Neptune in the 6th house determines the choice of future priests, nuns or nurses, as well as singers and musicians who devote their lives to art. 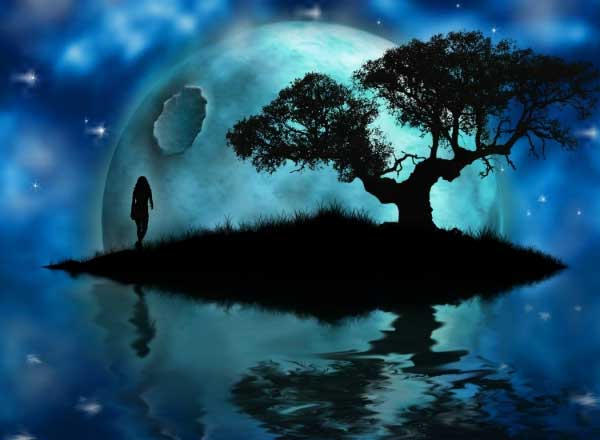 Neptune in the originally falling 6th house, symbolizing debts and obligations, erodes the native’s attitude, contributing to a sense of guilt towards the less healthy and successful. A person is embarrassed to go to success until he makes everyone around him happy. To get rid of the Neptunian distortion of reality, you need to take on obligations and fulfill them – pay bills, have a pet and take care of it, delegate authority.

Finding a planet in a certain zodiac sign shows which area of ​​life will turn into a source of trouble, and at the same time can bring a high financial income:

1. Aries, Leo, Sagittarius – abrupt changes from an inferiority complex to megalomania and a thirst for worldwide recognition push them to the stage, big sports, tourism and television, where they really gain fame and money if they successfully pass the tests of intrigue and are not tempted by alcohol and drugs. Get sick from having to obey. In senior positions, they should be gentle with the service staff so as not to fall victim to their own pride and revenge of the unjustly offended.

2. Taurus, Virgo, Capricorn – idealize work and a healthy lifestyle. Careers and caring for your own body and mind are intertwined – they are attentive psychotherapists, doctors, pharmacists, fitness trainers with an innovative approach to generally accepted theories. Higher values ​​are of little interest to them, in contrast to material acquisitions. They strive to throw off unnecessary responsibility due to an overestimated sense of duty and fear of not living up to expectations, therefore they often find themselves in the shadows. Health depends on professional fulfillment.

3. Gemini, Libra, Aquarius – despite the developed intuition and a heightened sense of beauty, the ability to instantly win over the interlocutor, suffer from idle talk and scatter themselves over trifles, distracting from the main goal. They are easy to deceive and mislead with falsified information. By developing extrasensory perception and mystical abilities of the subconscious, they will be able to find the right way to implement reform ideas in politics, journalism, literature and medicine. Work better as a team.

4. Cancer, Scorpio, Pisces – success in professions related to chemistry, fashion, maritime affairs, photography, acting and artistic paths, religion, depends on the emotional state. They are obsessed with the idea of ​​higher service, they are easily panicked, suggestible and impressionable, which causes nervous breakdowns. Having excluded arrogance and pride, they become creators of the highest order, create new spiritual forms and directions. The danger of drug addiction is being explored by a rich sex life.

When squaring with Mars, the owner of Neptune in the 6th house will change jobs or face layoffs due to laziness and absent-mindedness, and a favorable aspect with the red planet or Mercury, on the contrary, will give high efficiency and good immunity against viruses.

A negative relationship with the Moon will affect the cardiovascular and nervous system. They work out the opposition with Saturn, structuring and organizing not only work activities, but also the everyday side of life. Trines with Uranus and Jupiter portend unexpected career ups and the patronage of dignitaries.