Jupiter in the horoscope

In astrological theater, Jupiter plays the role of a “great benefactor.” Since antiquity, it has been associated with luck and material wealth.

But the largest planet in the solar system has other uses as well. It is responsible for spiritual and intellectual development, encourages a person to seek the meaning of life.

From the standpoint of psychology, Jupiter is the embodiment of a generous, fair father.

Its main enemies are stagnation and boredom.

The ninth and twelfth houses are under the rule of the giant.

The twelfth house completes the circle of life. It keeps rewards and punishments for everything we have done in this world.

In the personal life, the main thing is a stormy temperament, love of love, an irrepressible desire to procreate. 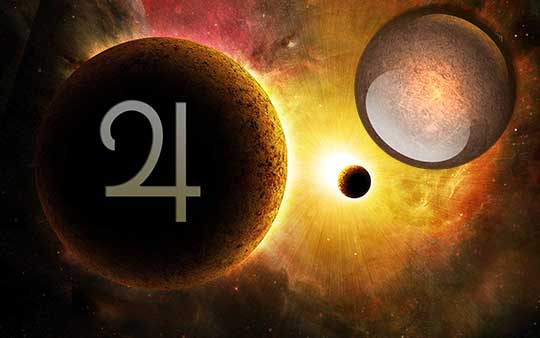 People generously pour out spiritual warmth on those around them, demanding nothing in return.

The wealthy Jupiterians are philanthropists and patrons of the arts.

Useful scientific discoveries are made under the sign of the beneficent Jupiter, international agreements on peace, friendship and cooperation are signed.

The highest of the gifts of Jupiter are penetration into the essence of religion, classical art, philosophical insights. If we are talking about the head of state, then such person will act exclusively for the benefit of  the people.

But there are dangers in successful connections. The remarkable qualities of the Jupiterians are often not their merit, but the result of fantastic luck. A winning lottery ticket, an unexpected inheritance – typical gifts from the magnanimous Jupiter.

The result is the emergence of a reckless habit of always relying on luck in everything.

People born with Jupiter overly trust even casual acquaintances, sincerely not realizing that they can be deceived or framed. They can be seduced by the methods of dubious enrichment – playing on the stock exchange, creating pyramids.

An arrogant, bilious character enters the scene of life. Owners of such character convinced that the world does not appreciate them. A typical example is the “unrecognized genius” in the field of art or science.

A badly afflicted Jupiter also forms criminal tendencies. At the same time, the leader of a gang robbing banks and jewelry stores can go unpunished for a long time. Such hooligan is also protected by a planet that brings good luck!

A negative conjunction in health is manifested through obesity, liver pathology, diabetes mellitus.

People get pleasure not only from achievements, but also from the process itself, be it knowledge or practical activity. Positive aspects provide a flair for seeing promising opportunities missed by partners or competitors. Jupiter’s “pets” are rarely mistaken in their choice of profession, place of work. Their marriages are usually successful, and their travels are exciting.

The negative impact can manifest itself in adventurism or in pride, forcing the Jupiterian to take on too much. Both behaviors can result in serious damage to reputation and career.

Jupiterians willingly enter into marriage, rejoice at the birth of children, but they just do not know how to provide them. Often they leave everyday difficulties in entertainment, love affairs. The result is a divorce. And then – a new family and a new divorce …

The key to happiness can also be obtained when the planets are in conflict.

There is only one condition: steady movement forward, expansion of personality boundaries.

With a lack of enthusiasm, natural talents die out. Do you want to get everything at once? Will not work!

But Jupiter will always support any, even the most insignificant, undertaking. After all, such individuals under the influnce of Jupiter are incorrigible optimists in everything.