The opposition of the Sun and Neptune is a tense aspect in the horoscope of the natal chart, requiring study and close attention. The sun is a good luminary, and its interaction with the evil planet Neptune can bring certain problems and concerns to the native.

Life inconveniences are most often associated with the inability to correctly assess your creativity and show it to others, since the Sun is responsible for a person's self-expression. The tense aspect of Neptune brings confusion and ambiguous situations to the native's life, making it difficult for him to move towards his goal and dream.

The influence of the aspect on the personality, its behavior and worldview

The aspect of opposition between Neptune and the Sun gives the native an extraordinary charm, dreaminess, heightened sensitivity and subjective perception of reality. Such people often seem too soft, impractical and uncoordinated, and it is difficult for them to get used to the idea that in real life everything is not as they imagine.

In any case, the subject with this aspect has a good imagination and rich creative possibilities. Perhaps chaos and confusion reign in the world around him, but the native's consciousness is filled with beautiful fantastic images, extraordinary stories and magical events.

Success in life will be achieved by those owners of the aspect who will not close their eyes to the injustice, lies and poverty reigning around, but will try to bring kindness, mercy and the beauty of their inner world into the world around them. Such people need to learn to be truthful, avoid addictions and addictions, and also avoid situations of duality in their lives.

The owners of this aspectual configuration in the horoscope are very sensitive to the grief of others and always come to the aid of those who are in trouble.

Subjects with the opposition of the Sun and Neptune are best suited for work in the field of psychology, medicine, art, tourism. They make good psychotherapists, healers, religious leaders, actors, volunteers, benefactors and patrons. 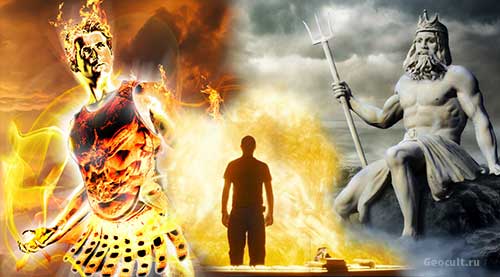 Opposition of the Sun and Neptune in the woman's radix

The tense aspect of Neptune to the Sun, the signifier of marriage in the female chart, will describe a partner with negative qualities. The owner of the horoscope may come across in the life of a man, divorced from reality, infantile, or a lot of non-speaking and hiding. It is worth avoiding acquaintances and relationships with people who have bad habits and various addictions (alcohol, drugs, etc.).

Women with this aspect also tend to idealize their partner. A man may seem to them sublime, sophisticated, creative, mysterious, but in reality it turns out that the partner is not at all who he claims to be. The owner of the horoscope should take a good look at the man before marrying him in order to avoid unpleasant surprises and difficulties in family life.

The opposition of the Sun and Neptune is a negative aspect, but an interesting case is when the evil star Neptune is in the sign of its strength. For example, the opposition formed by Neptune in Pisces and the Sun in Virgo makes a person very creative and intuitive, but at the same time practicality and a realistic view of the circumstances of the world around him are not alien to him.

The native will show such qualities as caring and mercy, but with a good study of the aspect, he will not only listen to people in trouble and sympathize with them, but also provide real help to those in need.