Saturn in the 7th house

Saturn is an evil luminary, and his presence in one of the corner houses of the horoscope makes a person's life full of difficulties and overcomes. Finding a planet in the 7th house makes the topic of partnership important for a native, but the sphere of relationships is generally perceived by him as difficult. The nature of the partners leaves much to be desired. They are slow, intractable, wayward and too demanding. It is difficult to adapt to them, and cooperation with them is being established slowly and with difficulty.

And yet, the native's great patience and tolerance towards others and his ability to bring initiatives in the field of partnership to a victorious result lead to his social success.

The owner of the horoscope is attentive, neat and polite towards others. He does not like making fleeting acquaintances and conducting empty conversations. If he decides to cooperate with someone, it means that he considers this person smart, constructive and professional.

As for his personal life, the owner of the horoscope can be too selective in relationships, and this delays his marriage. He is looking for an honest, fair, hard-working and purposeful partner. More often than not, his choice falls on a person who is more mature and wiser than himself. If Saturn is essentially strong and has only harmonious aspects, then the native's spouse has a high social status, good financial situation and has real estate.

In some cases, Saturn in the 7th house indicates a marriage of forced or material reasons. 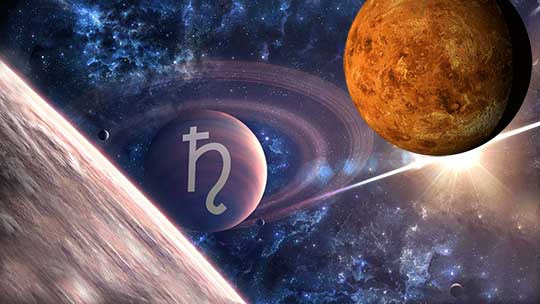 The sign of the zodiac, in which Saturn is located in the 7th house, will tell about the native's ability to build relationships, as well as about his partners.

The possessor of Saturn in Libra, located in the 7th house, is able to conduct a constructive dialogue in any circumstances. Even the most intractable and unfriendly people give up under the influence of personal charm, reasonable logical reasoning and the native's professionalism. Such a person can excel in contractual and legal activities. Often the owners of such a Saturn in the 7th house have excellent artistic ability and good taste.

If Saturn is located in signs of his weakness (for example, in Aries), then the owner of the horoscope perceives his partner (marriage or business) as an unbearable burden. In such an alliance and cooperation, coldness, alienation, competition and opposition are felt.

It often happens that a native with Saturn in Aries in the 7th field tries to get rid of the influence of authoritarian parents and marries at a young age with a more mature partner. Meanwhile, such a spouse cannot give much to the owner of the horoscope, both spiritually and materially. The subject's partner may be poor or have health problems. Such a partnership negatively affects the later life of the native. As a rule, marriage does not go well and there is a high probability that it will be dissolved.

The tense aspects of Saturn in the 7th house with other planets tell not only about the difficult nature of the partner, but also the many difficulties in the relationship with him. It can be separation, parting, unwillingness to communicate with each other and openly clarify controversial issues that have arisen in the family.

The harmonious aspects of Saturn with other luminaries contribute to the emergence of useful acquaintances among the native and the establishment of promising connections and contacts with others. A person tends to maintain long-term relationships with people. He may have one marriage for life, and his professional activity will be successful due to the presence of a large number of regular clients and decent partners.