The celestial bodies Moon and Saturn have a different nature. The moon is akin to water: it has variability, mobility and knows how to adapt to the environment, avoiding various obstacles. Saturn is like a rock: he is solid and indestructible. Its coldness and severity wreaks havoc on the sensitive Moon.

The conjunction of the Moon and Saturn is an unfavorable astrological combination, since Saturn seems to freeze vital processes. This makes the person's condition painful and the mood pessimistic. 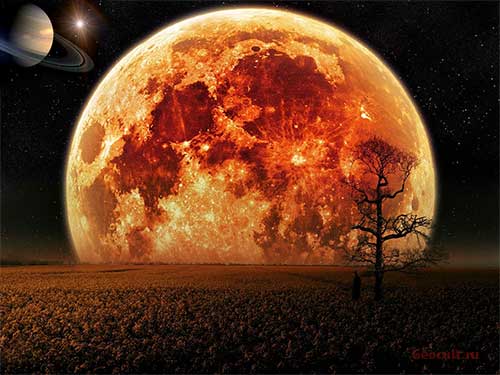 A person in whose natal chart there is a conjunction of the Moon and Saturn is distinguished by a patient character, thoughtfulness and prudence. In everyday life, he is very careful and careful, safety is above all for him. Such people are distinguished by frugality and practicality. Often they save on themselves (although a lot, of course, depends on upbringing).

You need to avoid extremes in nutrition, visit doctors on time and provide yourself with clothing appropriate for the season. By nature, the owners of the aspect do not have good health, so they need to periodically take measures to prevent diseases: monitor the condition of the skin, teeth, digestive, nervous and reproductive systems of the body.

People with this aspect respect their parents and are very attached to their family. They do not like changes in life and try to maintain the existing state of affairs as long as possible. The native is attentive to the rules that society sets. At work, he shows a sense of duty and responsibility. Such people work, as a rule, not sparing their strength. They are serious, methodical and attentive to detail.

The conjunction of the Moon and Saturn in a man's natal chart is an indication of the difficulties in a marriage partnership. It is difficult for such people to build relationships with the opposite sex, since they do not immediately admit a new person to them. The woman of their dreams should be businesslike, responsible, tactful and purposeful. It is these qualities that calm the native and allow one to tune in to a serious relationship.

The native's isolation, distrust and unsociability can lead to celibacy, and his too practical nature can lead to a marriage of convenience.

Women, in whose radix there is a conjunction of the Moon with Saturn, have a deep inner peace and wisdom of life. They are conservative in their views, zealous in everyday life and show responsibility in household and family affairs.

Despondency and inner fears that sometimes cover a woman with this aspect can be overcome by making a clear plan for the next day, month and year. This will give the woman confidence in the future and will make her feel needed and useful.

The moon in conjunction with Saturn sometimes indicates difficulties with conception or speaks of late children.

Having discovered the conjunction of the Moon and Saturn in the natal chart of a child, parents should pay special attention to his inner world, experiences and fears. For example, you need to take seriously that the baby is afraid of the dark or does not want to communicate with peers, then you need to find the causes of psychological problems and eliminate them.

A kind and at the same time correct attitude of adults will inspire confidence on the part of the child. It will become obvious that forceful methods of upbringing are superfluous, since he listens with pleasure if the elders clearly, reasonably and calmly explain the rules of conduct adopted at home, in kindergarten and at school.