Trigon of the Sun and Pluto is a joint positive influence of two energy-giving planets. The sun symbolizes the life forces of the subject, and Pluto – his inner, hidden sources of energy.

Whatever happens to the owner of this aspect, he will always be able to take advantage of both the support of society and rich internal resources. Pluto contributes to the transformation of the personality and its spiritual growth, and at each stage of development, another step opens up to the native, to success, fame and financial prosperity.

The trigon of the Sun and Pluto in the birth chart indicates that the subject has a will, quick reaction, courage, courage and endurance. Such people are not ashamed of their desires, they loudly declare their goals to the world and successfully overcome all obstacles on the way.

Aspect owners do not like to wait and do not tend to hesitate in making decisions. They achieve positive results in work due to the fact that they are always active and do not miss any opportunity that opens up before them. The subject acts boldly, boldly and sometimes takes risks, but this risk is always justified. This way of behavior allows him to achieve early success in life.

Another quality of a person with this aspect is the ability to ignite people, command them and achieve concrete actions and results from those around them. Perhaps the secret of such a leader's success lies in the ability to understand the psychology of each person, recognize their deepest feelings and influence the train of thought in the right way.

Often it is a person with an aspect of the Sun and Pluto that is chosen by those around him as a leader. He stands out from the gray mass thanks to the mysterious magnetism, open position and the desire to transform the world around him. The native also knows how to be in the spotlight and demonstrates many outstanding talents. The owner of the aspect is a fearless warrior and fighter. He is not afraid of dangerous situations and always comes out dry.

The most suitable for such people will be the fields of activity related to psychology, management, finance, commerce, sports, forensics, security and show business.

The harmonious aspect of the Sun and Pluto in a woman's birth chart is one of the indications that she will marry early. The sun symbolizes a man, and Pluto – energy, youth and acceleration, therefore, the type of man most preferred for a woman has such qualities as determination, courage, initiative, penetrating abilities and high social activity.

A woman with this aspect is attracted to athletic, popular, progressive, active and adventurous members of the opposite sex. In marriage, such a lady, as a rule, expects a lot of positive things, changes for the better and the constant joint accumulation of both spiritual and material resources. 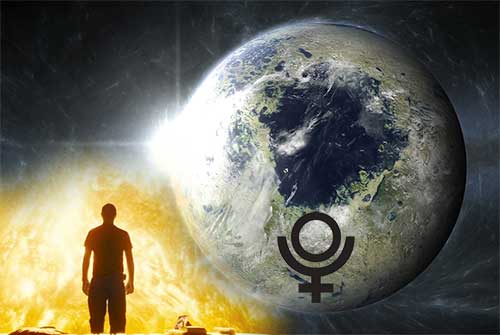 Trigon of the Sun and Pluto in various elements

The trigone aspect most often connects planets that are in the same element. In this case, the heavenly bodies act in a coordinated manner, without contradicting each other. So, for example, the Sun and Pluto in the signs of the zodiac related to the element of Fire endow a person with good leadership qualities, a strong will and the ability to make quick decisions.

The trigon between the Sun and Pluto, which are in the signs of Air, gives the world good organizers and mass entertainers. They know how to attract the attention of others with their eloquence, enviable erudition and gift of persuasion.

The luminaries, united by this aspect and located in the signs of the Earth, cause the native motivation to accumulate material values, and often he is in charge of rich resources.

The Trine of Pluto and the Sun, uniting the influence of the water signs of the zodiac, makes people good psychologists and attentive researchers of human nature. A native with this aspect is able to communicate with a variety of people, helps them to understand their hidden desires and aspirations and contributes to the transformation of their personality.