The harmonious aspects of the Sun and Uranus, which also include the trine, are very valuable. In a person's horoscope, they indicate that he loves to be in society and at the same time will never get lost in the crowd. The sun is responsible for the individuality of a person, his worldview, desires and aspirations. The harmonious interaction of the Sun with Uranus helps the owner of the horoscope to successfully fit into the conditions surrounding him, receive the support and approval of friends and play well the role in demand in society. 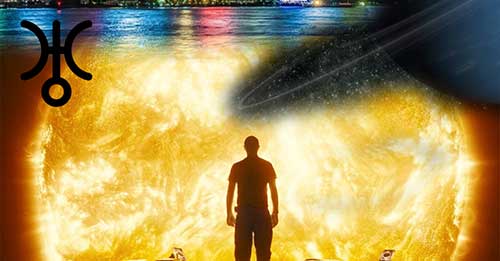 In addition, Uranus adds democracy and originality to a person. It is no coincidence that these extraordinary, friendly and talented people often become popular and famous.

The trigon of the Sun and Uranus makes a person interesting, humane, independent and open to everything new. Such people are always aspiring to the future, and in this future there is no place for evil, hatred, injustice and enmity.

The owner of this aspect knows how to be a good friend. Friends for him are the greatest wealth. A person devotes a lot of his time to communicating with them, and those around him respond with kindness, help and support.

The native's views are tolerant. Independent by nature, he never imposes his opinions on other people, does not force them to do anything, and allows them to be who they are. With him, everyone feels relaxed and confident in their uniqueness.

People, in whose horoscope there is a trigone of the Sun and Uranus, do well with any collective activity. They enjoy working in groups, co-creating new projects and completing unusual tasks. The owners of this configuration are also suitable for activities related to invention and scientific research. They can perform well in such areas as astronomy, space exploration, engineering, programming, physics (electronics).

Trigon Sun – Uranus in the natal chart of a woman

The sun in the horoscope of women will indicate relationships with men and their main characteristics. Uranus is an evil planet, destabilizing the situation in any sphere, however, the good aspect between the significator of marriage and Uranus will only tell about the importance of freedom in union. The owner of the trine between the Sun and Uranus is independent in relations, but this does not prevent her from being faithful, constant and sincere in feelings.

Women with such a configuration in the horoscope tend to be friends with the man of their dreams. It is important for them that the partner is versatile, intelligent, and original-minded. Often, acquaintance occurs in a circle of friends, and from a strong friendship over time, beautiful relationships arise, full of love, kindness and mutual understanding. Such a couple are united by common interests, hobbies and goals in life.

The trigon between the planets most often combines the influences of the signs of the same element. For example, the Sun and Uranus, located in the signs of Air, make a person inquisitive, sociable, resourceful and mobile. He easily makes contact, makes new acquaintances and unites groups of people around him.

The trigon of the Sun and Uranus, which activates the element of Fire, gives the world originals, altruists, fighters and leaders who seek to change the situation in society for the better, making the world kinder, more humane and fairer.

The harmonious interaction between the Sun and Uranus in the signs of Water suggests that a person has some kind of bright and unusual talent. Kind, emotional and deeply feeling, he can be a creator both in the world of art and in the world of feelings.

The luminaries united by the trigon in the sign of the Earth will communicate to the native the ability to be creative in solving any practical problem. These progressive people love to improve technological processes and invent things that make life easier in everyday life.