A harmoniously located giant planet brings happiness and prosperity to the sphere of the horoscope, indicated by a house and a sign. They will show in what area a person will be rich and successful, or, conversely, will reveal the reasons for failure. Jupiter in Virgo is not a very advantageous position, given the tendency of the planet of happiness to expand and increase everything that falls under its influence.

In the kingdom of Mercury and Proserpine, this is excessive boring, fixation on trifles that cover the main thing from the native, and a tendency to read morality to others. The acrimony and criticality of the mind also complicates the relationship with the world. These qualities do not allow the owners of Jupiter in Virgo to discern a lucky chance, grabbing at which, they could become rich and famous, because such a position gives attentive workers with brilliant erudition and strict moral principles.

The influence of Jupiter in Virgo on fate

Earthly Jupiterians are practical and materialistic, but unlike the position in Taurus, where the influence of Venus is strong, Jupiter in the sphere of Mercury is devoid of dreaminess and idleness. People with such position are aimed at constant work to correct the shortcomings and imperfections of the people around them, the world as a whole, without forgetting about themselves.

Dissatisfaction with the work performed, family, social level, invisibly gnaws at them from the inside, prompting them to strive forward, set new goals, but drains the soul with a lack of joy from another victory. The admiration and recognition of colleagues and friends is not convincing for the owners of Jupiter in Virgo. They do not recognize authorities and do not listen to other people’s opinions. In communicating and working with terrestrial Jupiterians, it is important to know the main features of the influence of a complex union of planets:

Carriers weakened by the negative aspect of Jupiter in Virgo, like no one, are able to make an elephant out of a fly, destroy a business or love of life because of nonsense. They get annoyed by the dirt on the street and the sloppy appearance of their colleagues, overlooking the positive aspects. In this case, it is necessary to work out the highest qualities of Venus and avoid overwork, aggravating pessimism and acrimony. 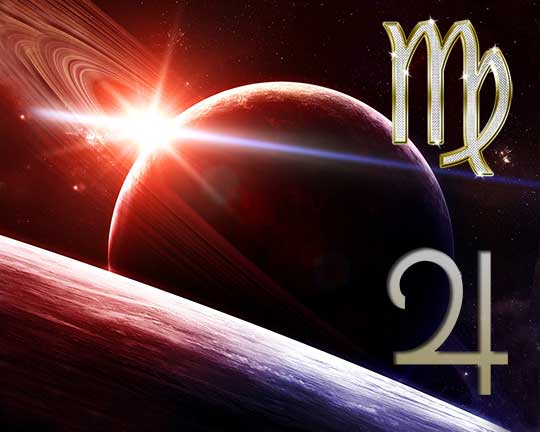 Jupiter in Virgo in man and woman

In an earthly Jupiterian man, criticality and attentiveness to loved ones coexist in a strange way. He will not miss the opportunity to point out shortcomings and mistakes, but he does it with a great goal – to help him become better and more successful. At the same time, he will never forget about the wedding anniversary and the shade of his favorite roses. An extensive memory allows him to store the smallest details of a woman’s preferences and habits, due to which the owner of Jupiter in Virgo always knows what to give and how to please.

However, the obsession with cleanliness and the pursuit of excellence in everything often irritates others. He will easily break off a long relationship, finding fault with the poorly washed floor or the low, from his point of view, the level of education of his wife, if she does not attend advanced training courses or reads little. The native chooses young companions to raise them according to his own set of rules, or he prefers a free alliance with a successful careerist.

Women with Jupiter in Virgo often suffer from ambivalence. A strict moral code, sarcastic wit, ambition and resourcefulness in an incomprehensible way are replaced by uncertainty, doubts about the success of what was conceived and deep pessimism. Then the earthly Jupiter shows selfishness and greed in communicating with loved ones, clings to small mistakes of other people in order to justify her failure.

With a harmonious planet, she is so busy with work that there is no time left for negative emotions. Women with Jupiter in Virgo choose wealthy intellectuals as companions and are skeptical about the romantic attributes of dating. Interestingly, the older they get, the younger partners they prefer. An earthly Jupiterian is a born teacher and transfers this quality to personal relationships.

The dryness and meticulousness of Jupiter in Virgo significantly soften the positive aspects with Venus, giving soft charm and attentiveness to the feelings of other people, and with the Moon – the perfect combination for a sympathetic and thoughtful doctor who will not miss a single detail of the medical history.

Jupiter in Virgo has a difficult relationship with Neptune, giving a deep interest in religion, but reinforcing inner anxieties and doubts. A native, with poor aspect, can change faith in search of answers to painful metaphysical questions.

The positive connection of Jupiter in Virgo with Proserpina gives honest and fair leaders who put the interests of the wards above their own and contribute to the prosperity of the company, city, country, while they themselves lead a modest lifestyle. But the negative aspect with Proserpina creates  petty tyrants who control every step of employees and the expenses of households. This is especially harsh when there is a tense connection with Saturn.

People born with Jupiter in Virgo have a cautious, intellectual, analytical and practical disposition. They have an amazing ability to weed out the wheat from the chaff, to determine the essential from the non-essential, and the truth from the fiction. Such people are usually quite discerning about what can bring success in business or work in general. They have a strong desire to learn new things and develop technical skills.

The negative aspects of their character that Jupiter endows include cynicism, criticism, constant nagging and distrust of others. It happens that they get lost in the details and do not see the big picture. They often neglect tips and instructions.