Mercury in the horoscope

Close proximity to the Sun defines the face of this small but charismatic planet. Its main functions are: reason, logical thinking, cognition, communication between the individual and society.

If such individuals from childhood show curiosity and a keen interest in knowledge, Mercury will willingly show how huge and amazing the world around them is.

In essence, Mercury represents the principles of rational thinking, speech, contact, mediation, interaction, learning, exchange. In the natal chart of the horoscope, Mercury symbolizes the type of thinking of people, their consciousness, curiosity, intellectual aspirations, the ability to communicate and learn, liveliness, dexterity.

Mercury rules the signs of Virgo and Gemini related to communication, transportation, automobiles, computers, disease and work that requires attention to detail. In social terms, Mercury symbolizes a teenager, a young person (both a man and a woman); younger brother or sister, neighbors; a pickpocket, swindler, cheat; merchants and sellers; scientists and teachers.

The sphere of influence of this planet includes the third and sixth houses.

The third house personifies the self-expression of the individuals in the everyday environment: the way people express their thoughts in oral and written speech, communicate with household members and strangers, for example, with fellow travelers in transport.
The sixth house is health, social duty, service relations. 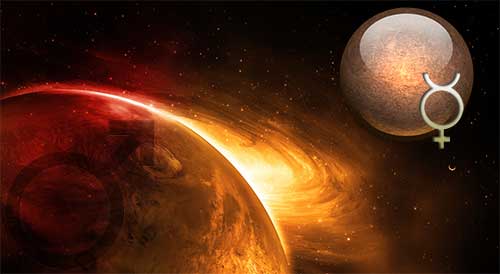 In the field of physiology, Mercury primarily affects the five senses, the nervous and autonomic systems.

Public duty means helping people. This can be charity or volunteer work.

In the business segment, Mercury regulates the relationship between coworkers, bosses, and subordinates.

Traditionally, the most specific “character” trait for Mercury is the ability to establish relationships. The myths also said that Mercury (Hermes) is the mediator between Olympus and the Earth, the messenger of the gods, connecting their world with the world of people by transmitting information (command of the gods to people, requests from people to gods).

In other words, it connects systems and processes of various levels of the hierarchy, for example, giving continuous information a discrete form (expressing images in words and signs – analysis and thinking), defining the interaction of the type of boss-subordinate, human-organism (hygiene), organism-organs (diseases ), teacher-student.

The implementation of the principle of Mercury, the relationship between wholes of various levels of the hierarchy, requires the establishment of contacts between them. And this requires precisely those properties that it traditionally symbolizes – rational thinking, the ability to create mental constructions, collect information, formulate thoughts, separate the main from the secondary, the desire and ability to understand the interlocutor, activity and mediation abilities.

These qualities are implemented in different ways in specific tasks – in science and business, in journalism and biology, in interaction between people, but no matter how they are realized, they are always aimed at establishing contacts and exchanging information or material values, at shaping the efforts of various integrity for solving such problems.

The principle of Mercury makes people be those who are searching for an adequate way of expressing the creative solar principle, collect a lot of diverse and equally significant facts, completely moving away from evaluation and generalization, with the aim of  subsequent integration into some system, strive to share share what they found and make it common property.

The role of Mercury most fully corresponds to the role of an intermediary. However, one should not forget that the mediator in this case is, just like the definitions of the principles, functions and roles of the other planets, a symbol of the role of Mercury.

Harmonious connections enhance the activity of thought, give vividness and originality to intellectual abilities, give a brilliant wit and an excellent sense of humor.

The owners of Mercury are well versed in people. They clearly know what they want from life and how to achieve it.

When Mercury is struck, people’s lives can be overshadowed by speech defects, nervous pathologies, the inability to express one’s thoughts in a simple and understandable language.

Character traits – deceit, inconsistency in love. Sometimes there is a tendency to kleptomania.

The most serious health threat is schizophrenia.

In school and student years, there is a sincere interest in learning, which creates the preconditions for future achievements.

The ability to clothe thoughts in beautiful words can be transformed into a bright literary talent. Successful self-realization is also possible in other creative spheres. There are many diplomats and scientists among the representatives of harmonious Mercury.

The kind aspects represent sound judgment. People are endowed with the ability to easily make contact, they always have many friends.

Another pleasant moment is success with the opposite sex. But over-focusing on this side of life can seriously hinder a career.

The main danger is laziness. Having succumbed to it, gifted and extraordinary people can turn into a frivolous hedonist. 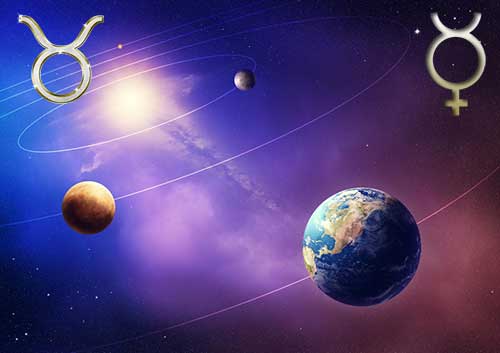 They define the range of tasks that need to be addressed. These can be communication difficulties, learning difficulties, or disharmonious speech styles.

The main obstacle to happiness and success is a distorted perception of reality. The tendency to stinging remarks also causes a lot of trouble. An evil language causes resentment among household members, alienation of friends, hostility from superiors and colleagues.

Seeing one’s own shortcomings is often hampered by a sense of superiority over others, as well as skepticism. Often such individuals use their potential only for selfish purposes.

But tense aspects mean more than problems. They show the way to overcome them. If necessary, such individuals need to improve their speech. Does the public not want to listen to what the author thinks is “amazing” story? So they need to make an effort and admit that the story is not so good. And also – to improve their educational level, read more books, improve their writing skills.

In general, in order to overcome negative influences, it is necessary to leave the usual life matrices in the past and learn to listen to other people, respect their point of view.