Jupiter in the 12th house

Jupiter is a luminary that brings good and happiness to his wards, but in the twelfth house of the horoscope it is not easy for him to show his strength. This house of the radix is ​​considered evil, and therefore the presence of any planet in it provokes failures and misfortunes in the life of a native. So, he may be disturbed by diseases that are difficult to diagnose and therefore difficult to cure.

Since Jupiter symbolizes glory and honor, and the 12th house is associated with secrets and limitations, it is not easy for the owner of a horoscope to gain authority from others. He always thinks that he is underestimated. Whatever such a person does, his merits are not made public. From here there is either painful conceit or problems with self-esteem.

The twelfth house of the natal chart denotes the circumstances of solitude, escape from reality and deep immersion in oneself. People with Jupiter in the field in question do not like chaos and fuss around them and intuitively move away from situations that can lead to stress and nervous tension. They enjoy spending time away from noisy cities, resting and working in their dachas, or even moving to live in the countryside.

Abilities and traits of character of native

The possessor of Jupiter in the 12th house is brooding, romantic, highly spiritual and merciful. This person is comfortable in solitude, and he is never bored in the world of his thoughts, fantasies and feelings. Such people usually like to read, listen to music, paint, take pictures, etc. They live a rich and eventful inner life, and the outside world seems to them in comparison with it poor, vulgar and gray.

The native possesses not only good imagination and creative talents, but also aptitude for medicine. Such people are most often interested in alternative medicine and unusual healing techniques. They understand that diseases occur in a person for a reason, and they strive to see the cause of the disease in the lifestyle and peculiarities of a person's thinking.

People with Jupiter in the 12th house make not only good doctors, but also talented psychologists. They know how to interpret dreams and see in them a manifestation of the hidden and suppressed desires of their patients.

Horoscope holders often work remotely or in closed organizations, are members of secret communities and have secret income. They can be found in hospitals, sanatoriums, charities, orphanages, etc. 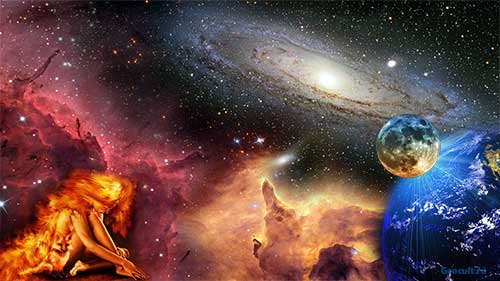 The tense aspects of Jupiter in the 12th house with other planets will raise health concerns. Any little thing can unsettle such a person, and this immediately affects his health. Silence and solitude are the best medicine for a native.

Jupiter's harmonious interactions with other luminaries indicate good self-healing capabilities. Having recovered himself, the native helps other people to improve their health.

Jupiter and his strength

People with a strong Jupiter in the 12th house are in a better position. The planet in question in Cancer , Sagittarius or Pisces makes a person a good Samaritan. He willingly helps others with wise advice and encouraging words, and those around him, in turn, come to his aid in difficult times. If such a person is admitted to a hospital, then he is provided with good care and decent conditions. Moving to another country improves the native's life circumstances.

If Jupiter in the 12th house is weak (for example, Jupiter in Capricorn , Virgo or Gemini ), then in medical institutions such a person becomes worse. In his life, situations often occur when he cannot influence the course of events. For such a person, negative external factors prevent him from achieving what he wants in life and achieving success. Life in emigration is hard.