Jupiter in the 7th house

Jupiter has been called the planet of great happiness since ancient times, but its influence is especially valuable in the corner houses of the horoscope. For example, Jupiter in the 7th house bestows happiness on the native in business and marriage.

The planet in the considered house of the natal (and local) chart attracts people of noble origin, cultured, educated and successful to the native. Communicating and closely interacting with them, the owner of the horoscope broadens his horizons, realizes all the new opportunities in life and gains influence in society.

Features of the character and behavior of a person

The possessor of Jupiter in the 7th house of the radix is ​​open, sincere and benevolent towards others. He loves to get acquainted and happily maintains relationships with a fairly large number of people. True, he shows the greatest interest in people who are authoritative, famous, influential and enlightened. Among his good friends are teachers, lawyers, doctors, businessmen, politicians, travelers, religious people, etc. Communication with foreigners and representatives of other cultures takes place in a positive manner.

The owner of the horoscope loves to cooperate with people. Business partnerships bring good profit, fame and growth in authority. Marriage empowers the native and contributes to the acquisition of stability and prosperity.

True, with significant damage to Jupiter from other planets, the native may have several unions. He is not inclined to put up with the shortcomings of partners and seeks to find a person who only positively affects his life. But no matter how the relationship develops, Jupiter in the 7th house helps people to part as friends. Any break in relations brings new people to life and symbolizes the beginning of a new, more prosperous stage in life.

Jupiter, its essential power and aspects

The greatest benefit comes from Jupiter, located in the 7th house in signs of its power and having only harmonious aspects. For example, Jupiter in Cancer and in Pisces will attract partners who are kind, merciful, spiritually generous, creative, striving for prosperity and supporting family values. 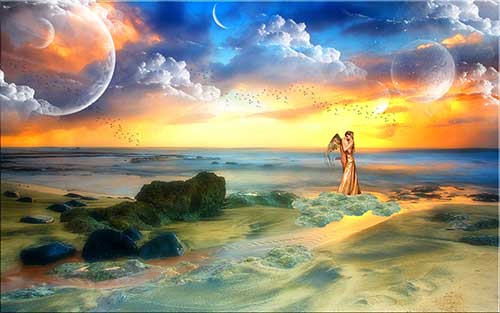 Jupiter in the 7th house of a man

If Jupiter is located in the 7th house of a man's radix, then he chooses socially active, energetic, independent and freedom-loving women as partners (especially if the planet is in Aries, Sagittarius, Leo and Aquarius). The owner of the horoscope prefers ladies with a strong character, but it is better for future spouses to decide in advance who will be the leader in the union.

With tension along the axis of houses 1 and 7, there will be competition and rivalry in a pair. The relationship will be promising in general, as Jupiter brings good luck in partnership, but at times they will be clouded by ideological differences, accusations of injustice and attacks against each other.

Jupiter in the 7th house of a woman

The kind and masculine nature of the planet manifests itself in the best way in the woman's birth chart . The owner of the horoscope is happily married to an optimistic, sincere, benevolent and financially successful man. This is especially true if Jupiter is essentially strong and has a harmonious aspect.

Of course, the owner of the horoscope has been looking for an ideal partner for some time. She understands that she deserves the best partner, and therefore does not go right down the aisle, but first ponders life prospects with each man who offered her a hand and heart.

And yet it is the owner of Jupiter in the 7th house that manages to marry a prince on a white horse. In marriage, initiatives come, as expected, from the man, and his timely and courageous decisions change the lives of the spouses for the better.