The giant planet Jupiter is considered a magnet that attracts wealth, power, good luck to a person’s life. This manifests itself according to the field of activity and the main qualities of the zodiac sign where it is located. A strong position in Scorpio helps not only to attract streams of luck and finances with the power of thought, will and diligence, but also to manage them successfully. The main temptation is abuse of authority.

The individuals born with such Jupiter in the sign of Scorpio are incredibly purposeful people, who have the fulfillment of destiny and the realization of their plans in the first place. In a harmonious position, emotional ardor is balanced by practicality and prudence, but with negative aspects and an affected Mars, people use the magical gift of suggestion given to Jupiter in Scorpio by the second master of the sign, Pluto, for selfish enrichment at the expense of other people.

Influence of Jupiter in Scorpio on fate

The strong position of the planet of luck in the most mystical and complex constellation gives the keys to the doors of the universe. Having opened any, the owners of such Jupiter see a stellar path to success and fame, and most importantly – wealth, because for water Jupiterians, the confirmation of personal solvency is always financial freedom and the ability to control the fate of others without obeying anyone.

However, the minus charge of Jupiter’s weak position in Scorpio is just as strong. Lust for power and greed, passion for pleasure destroys destiny. In pursuit of profit, illegal transactions, intrigues and meanness are made, there is a threat of drowning (especially with negative aspects with Neptune) and venereal diseases. To gain a balance point, it is necessary to clearly know the areas of influence of the planet of wealth on the activities and nature of its wards:

The owners of Jupiter in Scorpio will easily find the coveted position of a leader in politics, medicine, banking and jurisprudence, especially as investigators, detectives, forensic scientists. 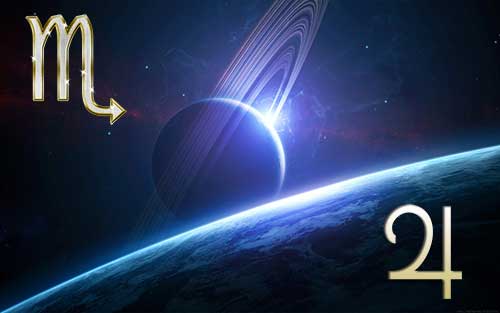 Jupiter in Scorpio for a man and a woman

A watery Jupiterian man with strong positions of Mars and Pluto is incredibly attractive. Powerful charisma, self-confidence and significance of one’s business attracts crowds of fans and potential friends. However, he is self-sufficient and allows only proven people to come close, revealing himself in the power of energy, enthusiasm, brilliance of wit and intelligence. People can always count on friendly help without unnecessary questions, even in dangerous situations.

It is not easy to get along with him in ordinary life, because the owner of Jupiter in Scorpio does not recognize compromises, and his point of view is the only correct one. Obey or leave is his motto of personal relationships, where a woman is dependent and sacrificial, or, conversely, a strong-willed personality that he is forced to respect and value. Therefore, the chosen one of the water Jupiterian can be both Cinderella housewives and rulers of business empires, but the main condition is bright beauty.

Aquatic Jupiterian ladies are sexy and freedom-loving. These are ambitious and sharp-tongued girls, unceremoniously throwing away obstacles on the way to success, even if a living person is an obstacle. In a good condition of the planet, they, nevertheless, prefer an honest fight, in a bad situation – intrigue and even conspiracies.

Women with Jupiter in Scorpio adore secrets and are happy to bring criminals and schemers to the surface, which ensures a brilliant career in law enforcement and government structures. They prefer not to advertise their personal lives, but in a relationship with the chosen one in private they reveal the fire of sexual potential. They choose calm and caring partners who can ensure a comfortable life, since their main interest is in their careers.

With a favorable connection with the Sun, the owner of Jupiter in Scorpio becomes the famous ruler of a country or a financial corporation without any effort. It is also an indicator of acting dramatic skill, when the native turns out to be a symbol of a generation, and not just a star for a couple of years.

To successfully maintain the balance of the dark and light sides of nature, it is important to have a harmonious relationship with Pluto, which gives the desire to restore justice, wisdom in making the right decisions, skillful command, strategic and organizational talents. Subordinates happily follow the guidance of such a leader, especially with the support of Mars, which gives courage, generosity, optimism and loyalty to the principles of honor. The tense aspects with the scarlet planet and Pluto provoke destruction and rule through violence, deception and the imposition of one’s will.

People born with Jupiter in Scorpio are efficient and hardworking, with a flair for business and finance. They are resourceful and ready to do all the work necessary to complete the task. Scorpios are secretive, but they also have a lot of inner strength and courage. Such individuals have natural magnetism that attracts people. They have  bright, aggressive, independent and enthusiastic naturals and constructive minds.

On the opposite side, troubles and losses are possible through indulging their base instincts and love for rich and expensive food, and diseases associated with this are also possible. Any propensity for rash speculation and risk taking should be strictly controlled. There is an interest in the occult, and there may be strong healing abilities. These energies must be used to gain higher consciousness and greater universal wisdom.