The transit moon in Scorpio falls under the influence of the warlike Mars , Pluto , transforming fate through crises and upheavals, and Uranus , the organizer of changes. Accumulated experiences: secret passions, dreams, resentments are ready to splash out of the subconscious, regardless of the consequences. The desire for power, revenge, unmotivated jealousy often block the opportunities for spiritual growth and transformation, bestowed by the Moon and the potential of Scorpio.

Unfortunately, the secret designs and perverse thoughts of criminals also require embodiment – aggressive antics of the mentally ill, attacks by maniacs, and cases of domestic violence are becoming more frequent. Alcoholics go into a long binge.

Astrologers recommend to pacify internal agitation and desire to fight with willpower. This helps to improve karma and receive favorable dividends from the Universe in the future. An interest in mysticism and mysteries of the past will give amazing insights that change the attitude towards life, but in the presence of tense aspects, it is easy to become a victim of theft and manipulation of mummers.

The Transiting Moon in Scorpio connects the subconscious minds of crime detective artists, photographers and writers with an endless source of inspiration from the universe. Incredible, non-standard ideas and plots come, which turn the idea of ​​art upside down. The streak of luck and prosperity begins with esotericists, energy healers, magicians. Beginners in the study of mysticism can safely undergo initiation.

Promotion and increase in income, management support is also expected from employees:

The goal is achieved by quick, decisive actions, connecting the energy potential. A difficult time for school teachers and teachers of institutes – students subject their authority to doubts, provoke, and dare.

Mid-level employees can hardly restrain themselves so as not to tell the management everything that is boiling. This is not worth doing – the insults inflicted on the transit moon in Scorpio leave a mark for a long time, and loud scandals irrevocably change the course of life, for example, leave you without work and prospects. Big bold purchases – a car, an apartment, investments in stable companies will bring good dividends in the future. 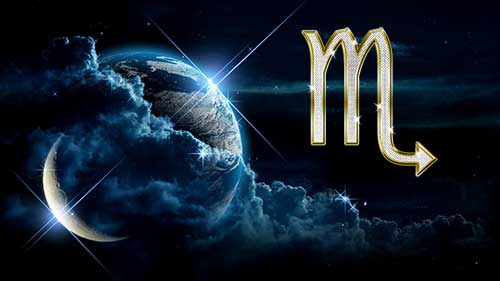 The transit moon in Scorpio tempts the unknown, there is a desire to try something new in sexual relations, to share passion with a stranger or someone who has long been liked, despite the marriage bond. Vacation romances, sex at work, in a nightclub – the influence of the night star and Pluto.

Previous betrayals are suddenly revealed as intuition and discernment are sharpened. This leads to the separation of the spouses, or the injured party loses its head and commits a crime in a state of passion: beatings, murders, suicide are not uncommon during this period.

With favorable aspects, the honeymoon begins for couples who have been married for many years and have cooled down to each other. Gusts of passion and thirst for pleasure, an inflated nervous system pretty much undermine health, genitals, prostate gland and anus (hemorrhoids aggravate), ankles, feet are in danger. Cravings for extreme sports and athletic performance lead to injuries.

Treatment and operation will be successful:

Children are interested in the questions of death and the afterlife, the mystical aspects of reality. Aggressiveness and nervousness, astrologers advise to shoot while doing music, active sports – karate, football, participate in competitions to satisfy the need for excitement.

Despite the nervousness in the air, the transit Moon in Scorpio favors a variety of activities:

Lost things and people from the past suddenly appear in sight. The danger comes from liquids – alcohol and unfamiliar drugs, fire and metal.

Clothes and footwear purchased during this period are found to be defective. With negative aspects of the Moon in Scorpio, you should avoid being in the crowd and on the subway.