Mars in the horoscope

Mars is about strength, assertiveness, aggressive sexuality, struggle and rivalry. The most important functions of the planet: protection, self-preservation instinct, self-expression. In the modern world, people rarely have to protect their lives or homes from mortal danger. In the foreground – defending one’s own opinion, protecting personal interests in the professional and social spheres and competition. The list of “Martian” professions includes the military, firefighter, metallurgist, miner, driver. Mars patronizes collective sports: football, hockey, basketball.

The warlike planet rules the first and eighth astrological houses.

The first house is a reflection of character, manners, and external image. The Martian man presents himself to the world naturally: he says what he thinks, does not hide his true feelings.

In the eighth house Mars is identified with birth and death, gains and losses. Such unpleasant moments of life as surgeries, debts, alimony “lurked” here. But there are also positive gifts – for example, inheritance. In the human body, the planet-wrestler controls the brain, red blood cells, muscles, male genitals. 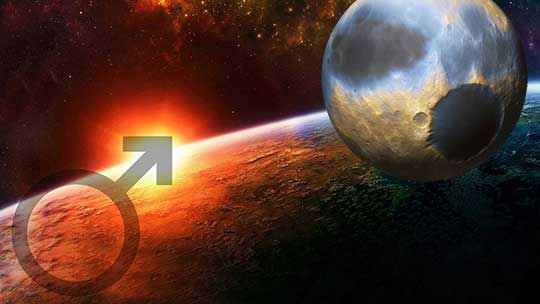 Martian aspects and their significance for humans

A positive connection brings courage and initiative to the character, forms the image of a knight and protector. In extreme situations, a strong beneficial Mars gives the world heroes who can sacrifice themselves for the sake of other people or high ideals. In everyday reality, individuals clearly manifest themselves in activities aimed at the common good.

Such people are attracted to crime. It is easier for them to take away money than to earn it. A passion for self-destruction may appear. Angry Mars is responsible for alcoholism and drug addiction.

Family life is clouded by outbursts of cruelty and despotism. There is a tendency towards sadism or, conversely, towards masochism.

Weak Mars means a lack of temperament, passivity, inability to stand up for oneself. Such people often become victims of violence, objects of manipulation.

The negative impact on health is expressed in poor appetite, anemia, a tendency to nosebleeds; hemophilia is a serious danger.

Direct energy in a constructive direction. For the sake of satisfying ambitions, such individuals are ready to work without knowing rest. They manage to successfully solve the assigned tasks. Order, trusting, sincere relationships reign in the family.

The Harmonious Martians are not afraid to experiment. They know how to captivate others with even the most extravagant ideas.

The danger is that a lack of difficulty can weaken a bright temperament or push a person to a pointless waste of energy. 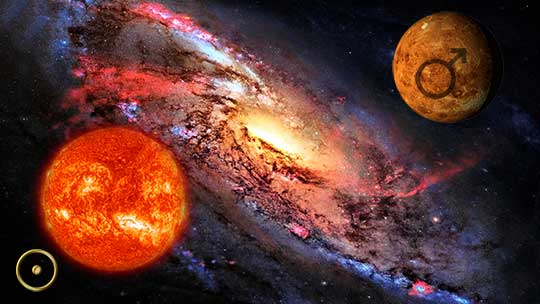 Hasty speech, impulsive gestures, erratic, unpredictable behavior – all this can cause distrust and irritation of others. Sexual problems are not excluded.

Such individuals tend to overestimate their capabilities, rely too much on luck.

The unfavorable location of Mars is manifested in rudeness, irascibility, anger. People complicate their lives by the fact that they do not at all trust relatives, friends, colleagues.

A thirst for adventure, a passion for questionable deals, extreme sports, exotic travel can lead to dramatic consequences.

Such people can overcome negativity if they understand the science of managing their passions. Patience and discretion will help them establish more harmonious relationships with people in all walks of life.