Uranus in the horoscope

Uranus is a sign of higher intelligence and almost supernatural intuition. He generates true geniuses – those who are ahead of their time and remain misunderstood by their generation.

Uranus is a projected point of the unconscious, but it brings very symbolic pictures and impulses into human consciousness that arise both in reality and in a dream. This characteristic power of image formation gives rise to intuition and inspiration, a flash of creative power, scientists and inventors, poets and artists, musicians and artists, statesmen and politicians, religious reformers and revolutionaries.

Uranus, projecting the consciousness of a person, brings him particles of the Universe, ideas and images from the Information Field of the Cosmos, which, after transformation, through a creative impulse, confusing and disturbing, shaking and stimulating human souls, inspire or pervert the minds of people, creating geniuses and madmen on Earth, anarchists and reformers and so on.

Obsessed with the desire to play by its own rules, Uranus personifies change, reform, evolution and revolution.

But its functions are not limited to the destruction of the established order of things. The element of the planet is scientific and technological progress. The industries related to quantum and nuclear physics, computer technology, medicine, space, and genetic engineering are of paramount importance. The range of interests of Uranus also includes social sciences, esoterics, astrology.

Uranus is a symbol of suddenness and unexpectedness, originality and eccentricity, unforeseen actions and actions, various changes and changes, breaks and rearrangements of both positive and negative connotations. Under his influence, there is a reassessment of past and present values, foresight of future ones.

It is Uranus that is the “culprit” of our atomic age, the century of the technical boom, the informer of everything that is already coming and what else will be, reforms and transformations, everything revolutionary and progressive.

All inventors, designers and innovators, all researchers and discoverers, people of science, technology, the art world, astronomers, astrologers, ingenious masters and commanders, thinkers and philosophers, sages of all ranks and directions, psychologists and sociologists, hypnologists and psychotherapists are under his tutelage. , doctors and healers, bioradiologists and magnetologists, metaphysicians and alchemists, the whole great galaxy of occultists and parapsychologists.

The main spheres and areas where Uranus directs our contemporaries are astronautics and cosmonautics, cybernetics, bionics, nuclear physics and electronics, broadcasting and television, all types of communications and transport, revolutionary progressive movement and all socio-political perturbations.

That strongest and most powerful change in the views and opinions, convictions and worldview of both an individual and entire societies, tribes, peoples is the “purest handicraft” and creativity of Uranus together with Pluto . In the horoscope of any revolutionary, you can see how and why his spirit is aimed at causing riots and rebellions, unrest and anxiety, uprisings, revolutions and wars, stunning and destroying the old world to its foundations and making it possible to build a new, progressive, still unknown to us and unfamiliar.

It is Uranus that makes peoples fight for freedom, independence, independence, solve their internal problems without outside interference, from outside. And not only nations, but also individuals, tribes, castes, groupings, races and continents. It forces one to fight against the existing old, rotten orders and laws, traditions and habits, against the ruling castes of tyranny and despotism, philistinism and bureaucracy, against the autocratic dictatorships of one usurper. Uranus, supported by Pluto, boldly goes on its own path.

“Uranians” stand out from the general mass of people for their original thoughts, ideas, extravagant behavior, actions, the embodiment of their ideas and plans into practical deeds, real things. All the most important goals in the life of a “Uranian”, supported by a passionate desire, are realized with inexhaustible strength and monstrous energy, which is facilitated by his organizational talent, creative impulse, and originality. “Uranian”, being a representative of the future space age of Aquarius, intuitively feels the fact of the turning point and transition of mankind into the next era. The polarization of all mankind is irrevocable, and the space age of Aquarius with its dominant Uranus will dominate for the next two thousand years, until it is replaced by the space age of Capricorn with its dominant Saturn.

The evolution of human civilization and spirit continues, spiritual and material values ​​will be revalued. A strong and spiritually highly developed “Uranian” is the main representative of the future era, the main character of all present and future changes, for today he is a whole head taller than his contemporaries and has already entered the space age of Aquarius with one foot.

The fearless spirit of the “Uranian”, becoming more and more courageous, courageous, brave, will lead us to a complete and brilliant victory. He acts independently of the views and opinions of other people. He thinks only with his own head, with his own mind, revolting the entire philistine and bureaucratic environment with its unsuitable way of life and concepts, selfishness and self-interest, without fear of persecution from them. True, the “Uranians” are also not angels, but only people, with their own negative traits of character and disposition, one of which is never to think or care about the consequences of their words and actions. And “Uranians” of a smaller format and caliber (there are also such people) tend to quarrels and quarrels, contradictions and disagreements, to discord and discord with the outside world. But this is usually

The bad aspectrium of Uranus draws large and sharp curves on the map of the individual’s life path, giving him sudden changes and changes, fractures and rearrangements both in life and in fate, causing various kinds and nature of indignation and frustration in the human soul, disturbances in the normal lifestyle in family, conflicts, discord, divorce, widowhood. In the service – the fall or overthrow from a high government post, and so on.

It is especially important to monitor the movement in the sky of transit Uranus , the favorable aspect of which increases his favor in all matters of the individual. During such periods, a person should take on new, important, original and unusual events, make business trips, travel, be active in the field of social reforms, humanity for the future benefits of the surrounding world, people, and all of humanity.

An unfavorable configuration, especially with malignant planets, will create an opportunity for a sudden accident. During these periods, a person should be careful when working with sharp objects, tools, firearms, electrical appliances, apparatus, machines and vehicles, beware of exacerbating relations with relatives and friends, neighbors and colleagues, do not trust the opposite sex, do not enter into any groups, societies, unions, no engagement, marriage. Avoid any companies, parties, as well as cooperation, co-authorship, new friendship and acquaintance, new connections and contacts; not starting new businesses, new businesses.

As the ruler of the eleventh house , Uranus is responsible for collectives, public opinion, and mass consciousness. Astrological medicine indicates its connection with the nervous system, pituitary gland, heart rate.

An ardent enemy of prejudice, Uranus is indifferent to morality and family values. It provokes adultery, unlimited freedom in the sexual sphere, same-sex love.

Under his influence, the link between generations is broken. Between conservative fathers, entangled in the chains of tradition, and children with their shocking subcultures, there is a deaf wall of alienation. 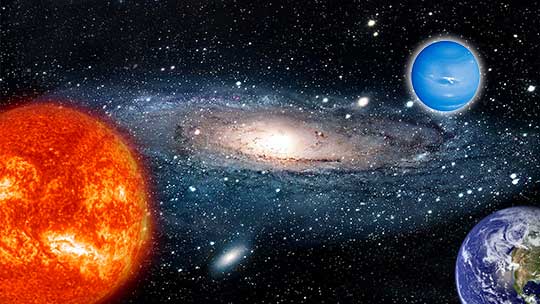 Features of the uranic aspects

Uranus’ style is unpredictable. He can rain down an unexpected golden shower on his chosen one. But most of his gifts are not related to money.

The highest manifestations of harmonious Uranus:

In modern cinema, the image of a villainous scientist is popular, ready to sacrifice half of humanity for the sake of his ideas. The evil genius seemed to have stepped onto the screen directly from the uranic darkness.

A weak defeat creates political jesters as well as charlatans from science and magic.

They are associated with a feeling of inner freedom, lightness of life. There is no fear of change. Loss of work, the need to move are perceived calmly and even attract with their novelty.

A person is distinguished by a peculiar way of thinking. In his house there are people as interesting as himself.

The likelihood of a spontaneous marriage is high. At the same time, the second half is endowed with no less bright charisma.

If a Uranian person is engaged in creativity, then his works, be it a novel or a painting, will not be immediately appreciated by the public. And then unexpected glory will suddenly fall upon the author.

The originality of judgments is perceived by others as ridiculous shocking, an eccentric image as bad taste. Dreams of a rich, vibrant life, recognition of others remain dreams.

Disappointment can push a person into ridiculous actions and exacerbate his conflicts in the team and family.

It should be remembered that Uranus gives creativity as a bonus. These are the makings of talent, not the talent itself. A person must understand where and how he can best express his unusual vision of the world.