The Ascendant is the highest point of the 1st house of the natal chart, showing the energy that people transmit to the world around them and accumulates during their lives with the support of the Sun and the Moon. Ascendant in Aries demonstrates fiery pressure and stunning charisma, manifested in communication and professional preferences.

Such people are born quickly and rapidly, often ahead of time or the mother does not have time to get to the hospital. They are fighters and  leaders who understand from childhood how to win back leading positions in the business that interests them. Impulsive and passionate, honest to the point of directness, they cannot stand the weakness and passivity of other people, therefore they are perceived by them as rude and cocky, despite the fact that they work tirelessly to achieve goals. These individuals turn to the world with a strong side that hides a faithful and loving heart.

The struck Ascendant in Aries narrows the worldview, forcing it to stupidly move forward, breaking walls, instead of flanking maneuvers.

The appearance of the owners of the Ascendant in Aries is influenced by the planet-ruler Mars, which endows the face with sharp features with an element protruding forward, as a rule, a nose, chin or even a rebellious curl of bangs. Distinctive external features of these individuals:

They speak loudly, seizing the initiative in the conversation, interrupting the interlocutor and imposing their point of view. Look without blinking, a predatory look. The movements are sharp and impetuous, causing the desire to push the beating objects away from them. In clothes, they prefer bright colors that attract the attention of the public: red, yellow, gold, orange, as well as a sporty style for everyday appearance and luxuriously glamorous for an evening out.

The Ascendant in Aries in the female natal chart creates a temperamental and passionate Amazon, eager for independence and equality. She was born to shine and rule, placing the accents of leadership from the first meeting. Lacking classical beauty, she is unusually attractive and sexy, despite the harshness and rudeness of her behavior, for which she is often called “a man in a skirt.” 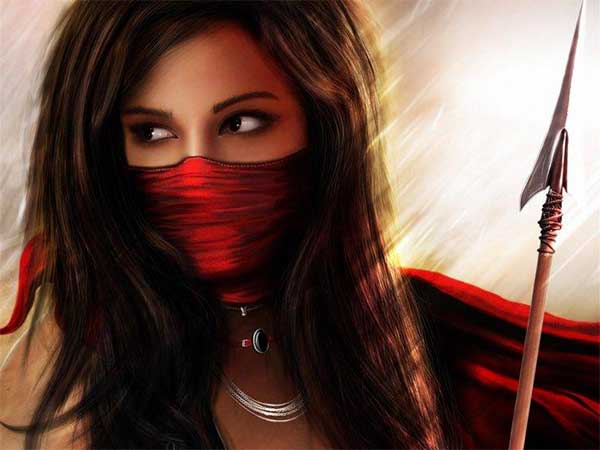 Such owner of the Ascendant in Aries has an energetic, harsh gait, her eyes radiate a radiance of confidence. The male fiery energy of Mars makes her a successful leader or political leader, but does not easily build female happiness. She is attracted to partners of signs opposite to Aries, for example, Libra, who can sing praises and deify her beloved. Admiration for her own person can ignite love even in someone who caused dislike. A strong man will not stay close to a Martian, will not withstand the constant fire of competition, but a soft and romantic companion will balance her temperament. For a woman with an Ascendant in Aries, it is important to feel that she has seduced the object of passion, and he has submitted to the pressure.

An energetic and strong-willed leader, unrestrainedly brave and athletic, an imperious leader of his own business. He feels himself the master of life, confidently accepting its benefits. In love – a gallant knight, seeking the attention of the lady he liked, regardless of any obstacles.

Such attention flatters the chosen one, but it should be borne in mind that easy prey does not seduce the fiery nature of a Martian hunter. He will not be attracted by the cold arrogant beauty, the ideal will be a romantic, cheerful and principled person, brave and athletic. He loves to pursue and persecute, and subsequently violent scenes of jealousy with smashing dishes against walls and public scandals can become commonplace, especially with a low level of spirituality of the native.

In the profession, he is hardworking, responsible, inventive and far-sighted. Despite his hot temper, he is not forgiving and easily forgives offenses. Since the native has a huge amount of energy, he needs to dump the excess by playing sports or physical labor. In everyday life, he is very modest, he is able to get by with little and undemanding food.

The ascending sign shows how people with Ascendant in Aries express a social role, being in sight, in contact with other people. Therefore, the Ascendant must be considered when choosing a profession. Aries ascents are able to excel wherever they please. In addition to the highest efficiency and care for the weak and disadvantaged people, they are responsible and fair. The karmic task is easiest to accomplish in leadership positions. Success will come in areas related to risk, fire, technology: military and fire services, space, intelligence, aviation, surgery. Extreme sports can be not only a hobby, but also a job: racing, hockey, bobsleigh. Among people with Ascendant in Aries, there are also many singers, actors and directors, as well as billionaires who run huge corporations, for example, John Rockefeller.