Lilith or Black Moon, a fictitious planet, shows in which sphere the dark side of consciousness, unworked karma and weaknesses of the psyche are located. Faced with the circumstances and events under the rule of Lilith, the owners of such Lilith feel helpless, like a newborn, having no past life experience on this topic. In Hebrew myths, Lilith is mentioned as the first wife of Adam, a wayward temptress, and as a snake who persuaded to eat the forbidden fruit. Therefore, it is extremely important to know exactly where the Black Moon is in order to resist the dark power of seduction.

Lilith in the 1st house makes people pay for crimes and violent actions committed in a past life, giving the ward to the power of those who suffered from bullying. To eliminate painful experiences, it is necessary to curb the sexual and energy potential, sublimating strength into creativity, spiritual development and help to the offended. Unselfish care and love for the marriage partner will help mitigate karma.

Lilith in the 1st house says that the individuals with such Black Moon do not have adequate self-perception, and they do not listen to advice on improving behavior. Such people can be rude and deceive, but consider themselves a model of morality. The unworked Black Moon inclines to self-destruction – to experience the integrity of the physical and mental shell through walking over an abyss, jumping from great heights, provoking fights and occultism. A craving for witchcraft awakens, communication with otherworldly forces, as a rule, to make an impression.

These individuals are their own enemies, and  karmic task is to save their souls by controlling destructive energy. Lilith in the 1st house of the female card gives a strong egocentric nature, suppressing the spouse and sons, and in the male – a fighter for power in his own home and at work. They need to learn not to destroy the relationship with anger and rage, but calmly seek a compromise.

The owners of Lilith in the 1st house have similar features of appearance and character:

Every 8.5 years, the Black Moon in the 1st house tests the ward for strength, bringing down retribution for the atrocities committed during this period and accumulated negative emotions. Secret sins and shameful secrets are revealed as if by themselves. 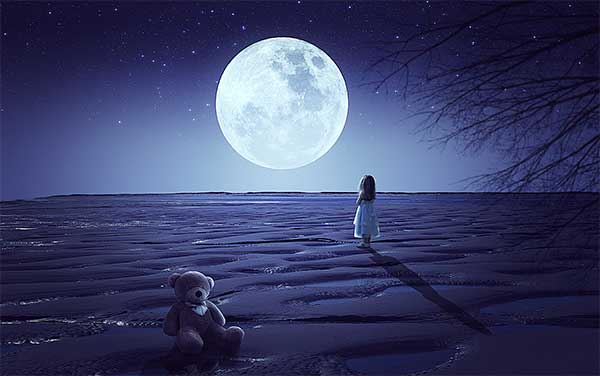 In the natal chart of a man, the planet-temptress reflects the type of a femme fatale, capable of arousing insane passion and infuriating him, while he is unable to give up attraction. Lilith in the 1st house shows that the transformation of the spirit will go through the most difficult relationship with the mother and wife. It is also important to take into account the zodiac sign of the 1st sector of the horoscope, which affects the degree of manifestation of the princess of darkness:

1. Aries, Leo, Sagittarius – egoists and poseurs who consider themselves smarter and more talented than others. Overconfident, quick-tempered and aggressive, they disregard other people’s desires. There is a danger of drowning in addictions to pleasures – junk food, alcohol, smoking. Deliberately provoke dangerous traumatic situations, although they themselves suffer in the first place. The goal is to get rid of megalomania, pride, aggression.

2. Taurus, Virgo, Capricorn are rare bores who see a speck in the eye of their neighbor, and raise their shortcomings to the rank of the norm. Temptations come through money – the tendency to cheat, take away, waste, or, conversely, greed to the point of absurdity. They assert themselves through humiliation and public condemnation of the mistakes of others, or they themselves become victims of bullying. The goal is to remove the mania for perfection, pettiness, stinginess.

3. Gemini, Libra, Aquarius – they gossip like they breathe: they come up with unprecedented stories, cunningly weaving lies and truth, skillfully manipulating people, push them together, hitting sore spots, and enjoy the conflict. They charm, enter into trust, and give bad advice. They easily forge documents and betray friends for the sake of their interests. The goal is to develop the ability to love unselfishly, to abandon intrigues and malignant language, to value the friendship and trust of loved ones.

4. Cancer, Scorpio, Pisces – manipulate people through kindred feelings and love. Magically attractive and incredibly sexy, they easily use the feelings of their fans for selfish purposes, pushing for crimes, and they themselves can be destroyed by the fatal passion of a deceived partner. They do not know how to distinguish truth from lies, sympathize with the criminal world and criminals. The goal is to give up alcohol, promiscuous sex, cruelty, and develop honesty and law-abidingness.

All the problems of the owners of Lilith in the 1st house come through them. This is especially pronounced when the Black Moon is in Capricorn, Virgo, Pisces and Scorpio, as well as when conjunct the Ascendant, Sun or Moon. Such people from birth are deprived of empathy and the ability to love, to make friends disinterestedly. The center of life is getting pleasure at any cost. The task of the parents is to work out the Sun, Venus and the Moon, which will somewhat alleviate the situation. Lilith’s conjunction with Mars and Pluto form ruthless criminals. Harmonious aspects with Venus, Moon and Mars give talents in art and science.