The position of the queen of dark passions Lilith in the 12th house is one of the most difficult and mysterious. The idea of ​​sacrifice and mercy is distorted, pushing people with such Lilith to unnecessary austerities and restrictions. There is a panic fear of the dark and forced imprisonment, for example, staying in a hospital or even at home.

Trying to cope with it, such people go from the opposite, starting to break the rules of morality, playing with fire, getting an adrenaline rush when they manage to avoid imprisonment. Intuitively, as a study, these wards of the Black Moon in the 12th house choose to work in places that frighten them: a hospital, a hospice, a prison or a pre-trial detention center. The deep mysticism of consciousness and suggestibility form the main danger – to become a victim of a totalitarian sect, since religiosity is a priori understood distorted and wrongly.

The unworked Lilith in the 12th house makes it difficult to establish a connection with the light side of the subconscious and hear an inner voice, but the forces of darkness obey these natives with ease. People’s appearance is magically attractive, the look fascinates with depth, although it is frightening.

The love of secrets, intrigue and investigation of dangerous situations requires parental control over the behavior and hobbies of a child with a Black Moon in the 12th house, and such children, growing up, must study psychology, astrology, NLP in order to know their vulnerabilities and be able to resist mental manipulators.

Typical manifestations of the fictitious planet of the horoscope:

Men with such a position on the planet tend to deceive themselves at their own expense, but developing spiritually and intellectually, they are able to create new psychological and healing systems of personal growth. Women love to complain about difficult circumstances and insurmountable obstacles, which develops into hysteria and aggressiveness, while they consider themselves better than others who do not understand their subtle nature. 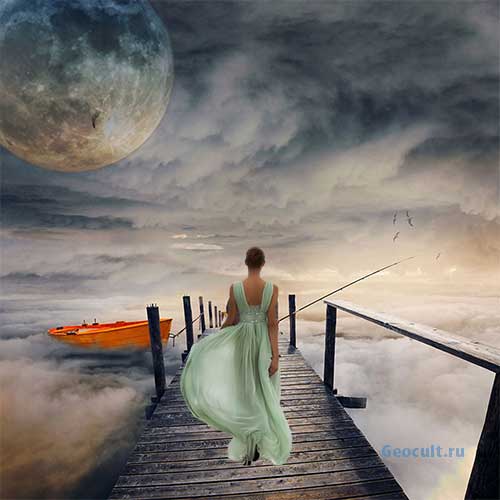 Lilith in the 12th house is strong as never before, and in order to resist the call of darkness, it is necessary to develop volitional qualities, engage in charity work, abandon vicious emotions, including its influence: envy, greed, pride. It is important to know from which side the Black Moon highlights the base instincts, depending on the position in the zodiac signs of the natal chart:

1. Aries, Leo, Sagittarius – carefully hidden megalomania, pride, anger and aggression due to the need to obey a boss who does not meet their high standards, provoke hysteria, quarrelsomeness and wrong decisions in the themes of creativity, raising children. They dream of fame, but they are afraid to come out of the shadows and quietly hate the more courageous and successful. They need to soberly evaluate their talents, have the courage to declare decisions and follow them, and not condemn the world in impotent anger, sitting in a secluded corner.

2. Gemini, Libra, Aquarius – suffer from information dirt, easily picking up other people’s ideas. Lack of tact: they will easily spread other people’s secrets, they will not be able to remain silent at the right time. Gossip and rumors from neighbors and relatives poison lives. Two-faced business and marriage partners. Constant internal dialogues and arguments with imaginary interlocutors lead to phobias and dual consciousness. They need to be as honest as possible, negotiate openly, and keep their marital fidelity.

3. Taurus, Virgo, Capricorn – tediousness, arrogance, superiority over others drive such individuals into a cage of loneliness. Other people seem imperfect, unworthy of their wonderful company. They run away from the fear of loneliness into work and hoarding. They collect expensive things, but do not throw away anything from the old. They are greedy and rarely lend. It is necessary to develop spirituality, do charity work, help those in need without expecting something in return.

4. Cancer, Scorpio, Pisces – strong psychic susceptibility and vulnerability, fear of mysticism and disorders of consciousness when immersed in the unknown. Dark secrets in the family. The temptation to engage in black magic or commit a crime out of revenge or jealousy, which must be avoided at all costs. People in this position are in danger of becoming a refugee, a victim of financial fraud and attacks in dark abandoned places, if they do not reject anger, envy, jealousy and carelessness. They need to control aggression, notice potential danger and show the best mental qualities.

The aspect between Lilith in the 12th house and the Sun promises glory, the good or bad character of which will depend only on these individuals. With the conjunction of the Black Moon and the daylight – extraordinary musical and vocal abilities. Harmonious aspects with the Moon give the ability of a healer, priest and psychologist, with Mars – the gift of managing people and the state, planning military strategies. Any negative and stressful aspect here must be worked out especially carefully, developing the best qualities of the planet, which Lilith opposes.