The accumulated negative karma of the owners of Lilith in the 4th house is reflected in the behavior of the parents. Alienation or excessive dependence on them at the mental and energetic level, lack of support or overprotection, weak ancestral roots and frequent moving – problems on the Black Moon in the 4th sector of the house are solved by total forgiveness of parental mistakes, the ability to love and at the same time not allow themselves to be destroyed by hanging a sense of guilt.

In difficult cases, Lilith’s wards in the 4th house are forced to leave the family early and start an independent life in order to finally realize themselves as a person and find happiness in marriage. Astrologers advise praying for distant ancestors in the family, since the planet of dark karma shows that a crime was probably committed, the echoes of which are still felt. Natives focused on social realization and career are weighed down with household chores. The psychological image of the enemy is a home country or city, from which a person seeks to leave at any cost for the ghostly bird of happiness.

The owners of Lilith in the 4th house choose dangerous places to live – in hot spots of the planet, in countries with an unstable economy, or just near a cemetery or prison. The room does not fully use all the rooms, choosing one place that is comfortable for permanent stay and work.

A woman with a Black Moon in the 4th house hates cleaning and cooking, because this distracts from the work or creative activity that is really important to her. With the location of the planet in the air element and a strong 10th sector, she dreams of running away from household chores to career heights or simply does not get married.

A man with Lilith in the 4th house competes with his father and grandfather, painfully perceiving rivals at work and in his personal life, however, women do not matter much to him. Sometimes he just avoids them.

To mitigate karma, they must:

It is also impossible to abandon national traditions and history, even moving to another country. 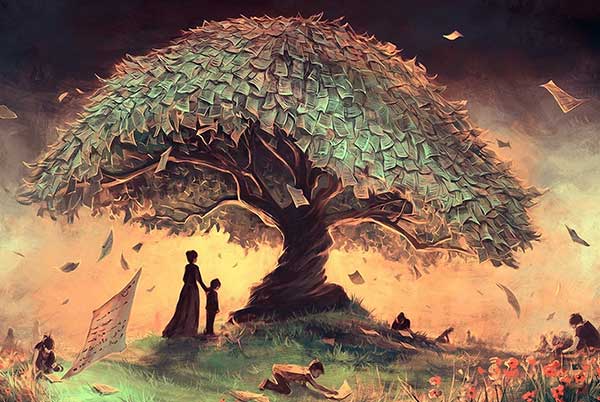 Relationships with parents are aggravated on the basis of gender matching. Mother and daughter or father and son compete. The hardest part is for children with one guardian, in which the desire for control over the child increases. The manifestation and development of Lilith in the 4th house takes place in the style of the zodiac sign where it is:

1. Aries, Leo, Sagittarius – the explosive atmosphere at home prompts the natives to leave it early, but most likely they will recreate it in their families. Parents are “at knives” among themselves in conflicts and career competition, these natives also get used to solving problems with quarrels and shouts, trying to prove that they are able to earn more than father. Moving to another country will not solve the problems until respect for the Family is restored.

2. Taurus, Virgo, Capricorn – energetic vampirism, pettiness and picky parents. Poor family financial base. A false sense of duty and guilt is imposed. These natives drag the family on themselves or sit on the mother’s neck, painfully fixated on cleanliness or do not pay attention to the mountains of dust. For happiness, they need to solve money problems of the kind and realize themselves at work.

3. Cancer, Scorpio, Pisces – lack of emotional warmth and support in the family. Distortions and problems in upbringing, bad heredity, hostility to the native culture and religion. Sometimes it is necessary to completely break with the destructive relationships along the ancestral line, while maintaining love in the soul. Danger lurks in the house from burglars and violent actions, therefore it is necessary to exclude the manifestation of negative emotions in the apartment.

4. Gemini, Libra, Aquarius – there are often unwanted guests in the house, disrupting plans, gossip and rumors about parents and native. Mother and father find it difficult to accept the child’s notions of life and happiness, which are fundamentally different from their position. The conflict of views and worldview, the inability to find a comfortable and quiet home due to moving. The desire to marry a foreigner and build a family different from the parent’s, but the problem will be solved only by refusing to repeat the mistake of their relationship and a firm determination to find their own home.

Uniting with Lilith, the energy of other planets is condensed and manifested by lower vibrations, which can be transformed into a higher plane by a spiritually developed person. The unification of the Black Moon in the 4th house with the Sun, Jupiter or Mars gives  real dictators who create a personal empire, where everyone must obey the rules they invented. A striking example is A. Hitler. However, even if such natives control only the domestic way of life, they require complete submission. Square with the Moon complicates relations with the mother, and with the Sun and Saturn – with the father and the line of his kind, with Mercury – problems from brothers and sisters, provided they live together.