Mars in the 4th house

Mars is a malevolent planet, and its presence in the angular 4th house is considered unfavorable. The fourth field of the horoscope is responsible for the house, family and living conditions. Peace, peace and quiet should reign here, and the planet-aggressor Mars is destroying this idyll.

Features of character and behavior

The owner of Mars in the 4th house of the birth chart is enterprising, active in his own territory and independent. Even as a child, he gets used to defending his positions, because in the family there is often a spirit of competition and rivalry.

If Mars in the natal chart is weak in quality and negatively aspected, then this may indicate a difficult relationship with parents. Adults tend to use forceful methods of upbringing and severely punish the child, which will entail the native's early departure from the family. With such characteristics of Mars, the father is perceived by the owner of the horoscope as a restless, conflicting and aggressive person.

The owner of a horoscope from an early age gets used to the idea that something needs to be changed, transformed, improved, and problems solved at home. Periods of calm and stability do not last long. Such a person constantly starts repairs, updates the interior or embodies another dream of redeveloping the premises. Moving can be a frequent occurrence in the life of the owner of Mars in the 4th house.

If Mars is weak in quality and has a negative aspect, then this is fraught with unpleasant and emergency situations in the territory of residence: pipeline breaks, fires, robberies, etc. (although in order to make the final astrological judgment, it is necessary to analyze other factors of the horoscope).

The native shows its natural abilities well, working in security institutions, in technical services, servicing houses, as well as in real estate.

Mars, its strength and aspects

Mars is an evil luminary, but if its essential power is great and the aspects are harmonious, then the subject makes great strides in real estate. An example is Mars in the earth sign Capricorn .

The native's efforts are aimed at purchasing housing. Even if this does not happen quickly and a person goes through difficulties throughout his life (numerous rented apartments, moving, renovation, resale of old housing, etc.), he still achieves his goal.

The owner of the horoscope is interested in any real estate: garages, cellars, summer cottages, etc. In these places, he feels freedom of action and is happy to spend his energy on good goals: cultivation of the land, repair work, doing his own business. 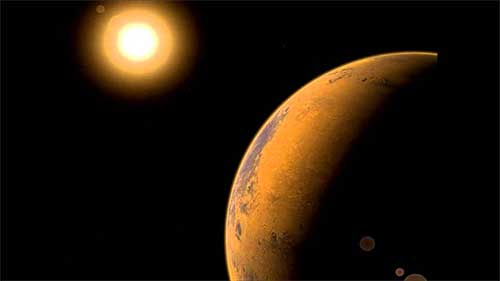 Mars in the 4th house of a man

The owner of the horoscope is practical, economical and homely. He can leave the parental family early and live with his own home. The woman with whom fate will bring him will have a strong and punchy character. In such a union, there should be many common many matters related to the economy, the transformation of the home and the upbringing of offspring, otherwise the energy of the partners will go to quarrels and clarification of relations.

Mars in the 4th house of a woman

Mars is an indicator of marriage and relationships, and its location in the 4th house of the birth chart, on the one hand, will tell about a woman's interest in personal relationships. It is important for her that there is a man in the house.

On the other hand, a man can be a source of problems at times, especially if Mars has a negative aspect. It will be good if the partners have spacious housing and a backyard farm, where each of them can do useful things without interfering with each other.