The red planet Mars in the natal chart shows the karmic level of courage, resilience, willpower and sexuality, a source of dangers that can be corrected by certain behavior. In a woman’s horoscope, it reflects a portrait of a physically attractive man, to whom she unconsciously imbued with sympathy.

Mars in Virgo is weakened by the earthly element, the will and courage of its wards are tested for strength in small things: everyday and psychological troubles, minor health problems, which, nevertheless, bring discomfort.

Strong sexual desires are suppressed by fearful characters, and the desire to buy expensive things prompts people to work tirelessly and build a career, which is facilitated by the position of Mars in Virgo, which also endows with talents of needlework and technical skill using sharp thin objects and a soldering iron.

Born perfectionists think carefully about offensive tactics when planning to achieve a goal, be it promotion or courtship. However, they do not see the big picture, concentrating on the details, sometimes hovering over them, and getting a false idea of ​​the case based on a few facts.

They make brilliant intriguers, scouts, journalists and PR technologists, weaving a web of small fragments of information and images, and they themselves do not quite imagine what will happen in the end. The thirst for perfection prevents them from completing things and achieving goals, since the general vision is distorted, it seems that everything is bad and ugly.

In a leadership position, they also interfere with the work of colleagues, criticize and are always dissatisfied with the result. Finding a common language and making friends with the bearers of Mars in Virgo is easier, knowing the features of its influence on them:

Children with Mars in Virgo are shy and withdrawn, although their inner world is rich and diverse. They are smarter than their peers, which causes the dislike of the latter, and they themselves rarely find friends according to their high criteria. It is necessary to teach them to be easier and more relaxed in communication. 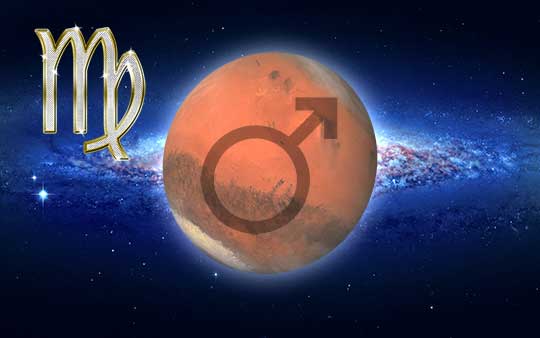 A man with Mars in Virgo achieves any goal due to efficiency and ambition. In his personal life, he is afraid of being rejected, so he collects for a long time in order to just show sympathy for the girl he likes, pretending to be cold and indifferent. He late enters into intimate relationships, while reading a lot and studying various directions of this plan, therefore, subsequently pleasantly surprises his partner with deep knowledge of physiology.

This is one of the indicators of a faithful husband: once having gone from courtship to marriage, he will not want to risk peace of mind to start over. He needs a practical, intellectually developed partner with high goals, for example, Venus in Capricorn and Virgo or a pliable, sensitive, capable of enduring boring, Venus in Cancer.

The girl with Mars in Virgo is incredibly capable of working and enjoys the meticulously accomplished challenges. She instantly delves into the essence of the matter, optimizes the work schedule, understands related issues, for example, a technical plan. This is an irreplaceable engineer, accountant, physician or scientist.

She is a gifted craftswoman who knows how to sew, knit, embroider and create masterpieces of handicraft. High criteria of male attractiveness: loyalty, intelligence, hard work, cleanliness, as well as a tendency to criticize and take offense over trifles, often lead to loneliness, suppression of natural violent sexuality. She will suit the smart and attentive Mars in Virgo, Capricorn and Taurus.

The favorable aspects of Mars with the first ruler of Virgo, Mercury, give a brilliant intellect, mastery of the word as a weapon with which the native paves the way to success. This gives the talent of a writer, documentary filmmaker, critic, sommelier, TV presenter.

Negative aspects endow with caustic sarcasm, tongue-tied, backbiting, a tendency to write denunciations and complaints. The harmonious connection of Mars with the second ruler of Virgo, Proserpina, gives a mystical consciousness, the ability to see the signs of fate and transform fate for the better through critical situations. The tense relationship of Mars with Proserpina gives difficulties with medical care, stinginess, obvious to others. Negative aspects with Uranus and Saturn are frequent colds of a viral nature.

People born with Mars in Virgo have great energetic potential at work, they have high standards. Such people often think that it’s better to do something themselves in order to do everything well, because no one can do the job as thoroughly as they. Doing a job well is very important to them, and they are working on the smallest details that others would not even notice. They are constantly advocating for accuracy and efficiency in execution. They often get annoyed when something is done “wrong”.

On the other hand, their striving for excellence in every task and excessive self-criticism do not allow them to take on any task, since they think that they will not be able to perform it perfectly. Just a good performance will not satisfy them, and therefore, in their opinion, it is not worth it. Such individuals are usually very realistic about what they can do. They perfectly distribute efforts and do everything without unnecessary fuss, and therefore do not waste their energy and time. Sometimes, a reluctance to take risks or turn off the beaten track can limit their options. They will not “aim too high”, but be content with little. Sometimes small details obscure the full picture for them.