Neptune in the 4th house – happiness by the water

The foggy planet of secrets Neptune in the 4th house , which is responsible for home and family, blurs the early childhood years in the native’s mind, leaving vague memories, shrouds the circumstances of birth in a veil of secrecy: appearance in an extramarital affair, adoption, or early divorce of parents.

One of them, depending on the aspects, may be absent in the child’s life, both physically (after a breakup or death) and spiritually, due to alcoholism, drug addiction or excessive devotion to religion. At the same time, the native has a passionate desire to live in a cozy beautiful house, in a family full of love. He tries to recreate these idealistic ideas as an adult.

In childhood and adolescence, a child with Neptune in the 4th house is mistaken about his origin, considering his stepfather to be his own father or not knowing the true nature of the mother, idealizing her. There is always a mystery in the house: for example, parents hate each other, but pretend to be loving for the sake of children. They can be of different nationalities and religions.

The native’s mother is most often a creative person, is fond of esotericism and psychology, which affects her methods of education. At the end of life, one should be wary of water, avoid unknown bodies of water and long voyages on a ship, as well as alcohol and psychotropic substances. 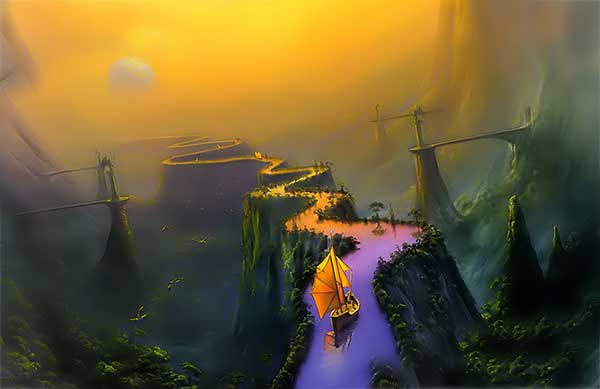 The key psychological trait of a person with Neptune in the 4th house is adherence to family traditions and love for the Motherland. Despite the frequent change of place of residence, he will intuitively strive for places of childhood.

Many Russian immigrants who left the country after the revolution had such a state of the planet. It also shows an exceptional talent in music and art, and in a weak position gives the Peter Pan syndrome – an unwillingness to grow up and part with the image of a child.

It is preferable for Neptunians of the fourth segment of the horoscope to live by the sea or lake. They experience a subconscious sense of guilt towards alcoholics and addicted people, especially if the state of intoxication is associated with a loved one, and often open the doors of the house in front of them. With a weak position of the planet and the presence of a square with the 6th and 8th houses, such hospitality ends in robbery or murder.

Neptune in the 4th house gives a passionate desire to help the homeless, a person may have several adopted children, and the state of the atmosphere in the house is determined by the position of the planet in a certain zodiac sign:

1. Aries, Leo, Sagittarius – friendly relations with parents, with negative factors – familiar, frequent conflicts. The native is trying to push the boundaries of Neptune, to separate his “I” from his father’s house, to prove independence. Loves splendor and luxury in the interior. A high level of welfare and social status of relatives, patriotic sentiments, but love for the Motherland at a distance is not excluded.

2. Taurus, Virgo, Capricorn – parents are more busy with their careers than with upbringing, academic success, sports achievements, and a healthy lifestyle are valued at home. Households express emotions with restraint, proving warmth and affection by actions. The mother or the native may have an obsession with cleanliness. Compliance with national traditions of the paternal lineage.

3. Gemini, Libra, Aquarius – housing resembles a front yard, many guests and constant friendly parties, perhaps a bohemian environment: reading poetry, discussing the political situation. A good option is a house with a healing aura, where they will listen, calm down, give support. Equal friendly relations with parents, often the family owns several types of real estate.

4. Cancer, Scorpio, Pisces – painful attachment to home, comfortable only there. Many secrets and legends in family history, hidden treasures and documents. Parents quarrel and reconcile, hide true feelings, or one of them sacrifices everything for the family. The native is torn between the desire to reconcile everyone and make utopian dreams come true, or to abandon everything and go far away.

The 4th house in the natal chart also shows the circumstances under which a person’s earthly path will end. Neptune is the ruler of water, so the taps and plumbing system must be in good working order. When squaring Mars and Pluto, keep electrical appliances away from water sources.

You can work on Neptune by doing creative work: drawing, dancing music, as well as through strengthening Mercury , which is its equilibrium force – by studying foreign languages, communicating and solving crosswords. The negative aspect with the Moon is alarming – the lack of housing at the end of life and mental illness, but a favorable relationship with Venus and Jupiter neutralizes Neptunian problems.