Neptune in the 5th house – theater for love

Neptune – the patron saint of mysticism and acting, being in the 5th house , endows the individual with a bright acting talent, the ability to control the audience and influence the minds, but introduces confusion and confusion in the issues of conception in women and in the early years of childhood of the native himself.

The planet endows with strong charisma and heightened sexuality, a desire to live inside romantic fantasies, which turns into bitter disappointments in a collision with reality. The wards of the ruler of the seas are merciful and kind-hearted, but with negative aspects they easily fall under the influence of others. They should stay away from alcohol, drugs, psychotropic drugs.

A child with Neptune in the 5th house should be supervised by an adult near a pond or pool for up to 10 years. Congenital shyness or constant falsehood in order to embellish reality is worked out by creative pursuits: drawing, singing, music.

Features of character and relationships

Falling in love is vital for the native; without this feeling, talents will be buried in the ground. For the sake of the subject of passion, children, parents, studies can be abandoned, especially if there are negative aspects with Mercury and Uranus. The novels are accompanied by prohibitions and secrets in the style of Romeo and Juliet and The Master and Margarita.

Women with such an indicator do abortions at the request of a lover, or for the sake of an acting career, because Neptune in the 5th house is a stable indicator of artists, but along the way it gives other talents – a beautiful voice, oratory, amazing plasticity and a sense of rhythm.

The head-fogging Neptunian influence manifests itself in:

The native has the natural gift of a teacher. Having chosen the teacher’s path, he will easily win the hearts and minds of his students. 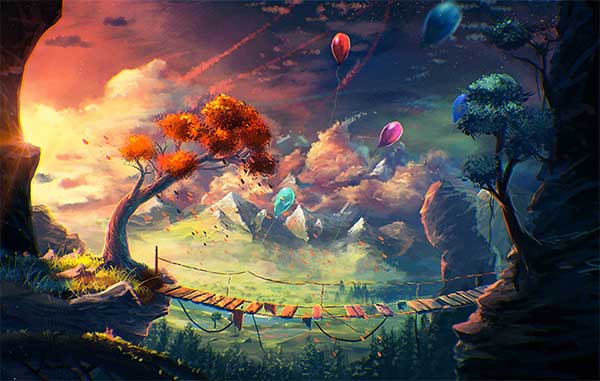 Despite the aura of artistic talent, the owner of Neptune in the 5th house remains an unrecognized genius due to his inability to punch his way to success. Dislike of competition can lead to the desire to gain victory by fraudulent intrigue. The karmic task is to develop spiritual and moral principles, play by the rules of justice and play sports. The nuances of the native’s development are associated with the zodiac sign, where the fifth segment of the horoscope falls:

1. Taurus, Capricorn, Virgo – in this position, Neptune is weakened, which does not allow a person to deceive about himself or the subject of sympathy. These are purposeful people, inspired by great goals from childhood and gradually reaching them. Careers in chemistry, astronomy, pharmaceuticals and the arts.

2. Aries, Leo, Sagittarius – extreme adventurers, posing as superstars, often exaggerate their own merits in a painful desire to prove their importance to others, which leads to dangerous situations: they are easy to take on “weak” or push them to a risky act in a sports competition. Success comes in show business, in contact with foreign partners, subject to the rejection of pride and selfishness.

3. Gemini, Libra, Aquarius – creativity is associated with the word – writers, journalists or political leaders, incredibly charming and uninhibited, who know how to be friends and have a liking for themselves. Lies easily fly off their lips and turn into a beautiful fairy tale, in which everyone believes, which is good for writers and teachers, but in reality it leads to the collapse of a career and family relationships.

4. Cancer, Pisces, Scorpio – strong abilities for hypnosis and extrasensory perception, craving for forbidden sensual pleasures and fast dependence on them. They are excellent psychotherapists and surgeons, artists and musicians. With equal passion, they give themselves completely to love and creativity, sometimes sacrificing one for the other. Achievements of children are the subject of their special pride.

With a harmonious aspect of the action of Neptune in the 5th house with the Moon , Sun , Venus and Mercury, the native’s children will be gifted with multiple talents, like himself, and the relationship is based on friendship and respect. The configuration with Mars will not give a calm life, pushing for adventure and crazy passions, but trine with it will ensure victory in sports.

Neptune in alliance with the Black Moon and opposition with Mercury, Saturn and Uranus pulls the native to the criminal and dark sides of life, which leads to separation from children and light idealized love. To avoid this, you need to develop talents and spirituality, moving from one achievement to the next.