Saturn in the 10th house

Saturn is a planet of order, which is often identified with prohibitions and restrictions, when it enters the 10th house , it is in its Capricorn house. Therefore, the “Lord of Time” will try to make a real fighter out of his ward, standing in the ring of professional success. Step to the right, step to the left and you are on the sidelines, your teacher will not lisp with you, he, like a master from an uncut diamond, will begin to make a shining diamond. The process can be painful and time-consuming.

Each step forward is difficult for the owner of such a Saturn . He makes a lot of efforts in order to honorably fulfill the duties assigned to him, but, nevertheless, success does not come to such a person quickly. The professional path of the owner of Saturn in the 10th house is covered with thorns. The results of his activities are impressive, but fate from time to time nullifies all achievements, and the subject has to start everything from scratch.

Saturn is associated with time, control and planning, and all these points are present in the work of the owner of the horoscope. People with Saturn in the 10th house can make good organizers, businessmen, administrators and managers. In the native's professional life, there are both ups and downs. The sphere of work is perceived as a problem, a constant overcoming of obstacles and limitations, but if the native is not broken, success and rewards always come.

The tenth field symbolizes not only the superior, but also the native's parents (in particular, the mother). Such a person may, from childhood, feel the total control and distrust of adults, and also suffer from the constant correction of their actions by their elders. Such life circumstances often contribute to the manifestation of uncertainty, secrecy, caution and slowness of the native. 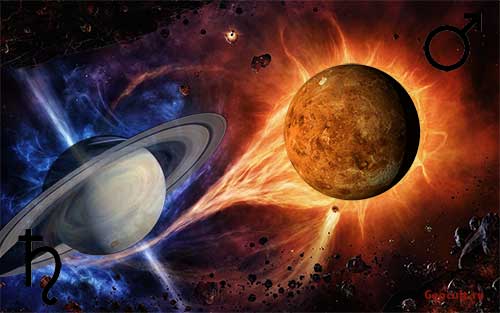 Saturn in the 10th house of the horoscope emphasizes the dedication, hard work, seriousness and responsibility of the native. He seems grown-up and wise beyond his years. From an early age such people are accustomed to carrying a great responsibility on their shoulders. As a rule, they are entrusted with the most difficult and painstaking work. Performing it well, the native proves to himself and others that he is really worthy of respect.

Such people are by nature ambitious, although sometimes they hide this quality under the guise of modesty. Among their negative qualities, there may also be authoritarianism, rigidity, a desire to control all the processes taking place around and not let those around them escape. They make demanding leaders, but even in relation to them, the bosses themselves are rarely well disposed. The superiors restrict the initiatives of the owner of the horoscope, delay his career advancement and prevent him from developing.

If such a person exceeds his authority, too clearly tightens the screws at the workplace, overestimates himself and his capabilities, loses his head from success, then Saturnian punishment comes pretty quickly. The owner of the horoscope can lose his place, lose the conquered positions and even lose reputation. To avoid such troubles, the owner of Saturn in the 10th field should avoid too responsible positions, be more democratic and not participate in the struggle for power.

The greatest difficulties and trials await the owners of a weak and negatively aspected Saturn in the 10th house of the radix. A person with Saturn in Aries or Leo is too ambitious and initiative, which causes rejection of others. The management tries in every possible way to prevent the actions of such a person, loads him with the most thankless work, the results of which, however, do not receive a worthy assessment.

Negatively aspected Saturn in Cancer does not allow the native to concentrate and collect. Problems at work arise due to laziness, inability to plan their actions and bring what has been started to the end.

The owner of a strong and harmonious Saturn (in Capricorn, in Libra) is in a better position. Such people are hardworking, modest, patient, diplomatic and rarely abuse power, which promises them a more stable position in life and in the professional field.