The astrological forms of Mercury and Venus have a lot in common. These planets are responsible for communication, agreements and compromises between the parties. The owners of the sextile between the luminaries are good negotiators and diplomats. They know how to create balance and balance in relationships, easily find an approach to any person and therefore find success in contractual, commercial and intermediary activities.

In addition, Mercury and Venus are responsible for the creativity in the horoscope. The native knows how to create beauty with his own hands, perfectly expresses his thoughts and tastefully decorates the space around him.

Aspect and its influence on the owner of the horoscope 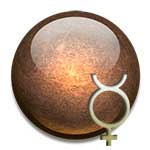 Possessors of the sextile aspect of Mercury and Venus are distinguished by their pleasant appearance, good manners, peacefulness and friendliness. They bring an element of creativity to any business. Others love to communicate with these charming, gifted and at the same time active people. They always have a kind word, interesting news or friendly advice for the interlocutor.

Knowledge is assimilated by the owner of the horoscope playfully. At the same time, the native knows how to determine the value of ideas and approaches the study of a new discipline with all seriousness. He expects that new skills and abilities will bring him real benefits. The owner of the horoscope can be successful in legal, consulting, trade and any creative activity.

Sextile of Mercury and Venus in the radix of a man

The harmonious aspect of Venus (marriage indicator) with Mercury in a man's horoscope will tell about a favorable relationship with the opposite sex. The native loves to talk about his feelings, shares his emotions and pleases his chosen one with pleasant surprises.

He chooses a smart, sociable, kind-hearted and talented woman as his companion. There will be a lot of romance, communication, shared discoveries and cognitive opportunities in a relationship.

Sextile of Mercury and Venus in the woman's radix

If in the natal chart of a woman there is a kind aspect between the indicated luminaries, then this indicates her good intellectual and creative abilities. The owner of the horoscope loves to study, travel around the world and learn new things.

She is often interested in medicine and lifestyle issues. A woman knows how to organize life and create a positive atmosphere in the home and workplace.

Sextile of Mercury and Venus in the children's horoscope

A child whose natal chart contains this aspect does not need to be forced to attend creative circles, drawing and singing lessons. Such children have a lot of talents, and it will be good if parents give them the opportunity to try themselves in different areas of creativity.

The range of interests of such children is wide. They can draw with enthusiasm, design beautifully written works, create interesting images from paper, clay, plasticine, wood and other materials. The attention of such children is attracted by beautiful speech, rich in images. Subsequently, they themselves will try to speak and write gracefully and with feeling.

Sextile literally means friendship between the planets that form it, and the elements that are activated by the luminaries. The sextile between Mercury and Venus highlights a creative component in a person's personality, but it will manifest itself differently each time.

For example, the sextile between Venus in Libra and Mercury in Leo (the Air-Fire interaction) will emphasize the native's sociability, his ability to negotiate, find compromises, teach and comment on socially significant events.

If the aspect combines the influence of the earth and water signs of the zodiac, then the owner of the horoscope will be more practical and solid. The sextile between Venus in Taurus and Mercury in Cancer will inform about a person's ability to make good, create harmony and coziness at home, find a common language with loved ones and introduce children to applied types of creativity.