Sextile is the creative aspect, thanks to which the native uses his natural talents easily and masterly. Especially valuable is the kind aspect, which is formed by the planets responsible for mental abilities. An example would be the sextile between Mercury and Jupiter.

Since both luminaries describe the type of thinking and features of the cognitive processes of the subject, the native stands out primarily for its intellectual potential. He learns with pleasure and, having accumulated a solid amount of knowledge, willingly transfers his experience to those around him.

Since Jupiter and Mercury are in harmony with each other, it is easy for a person to analyze single facts and phenomena and generalize the information received. He successfully operates with accurate data and knows how to think at the level of abstractions. 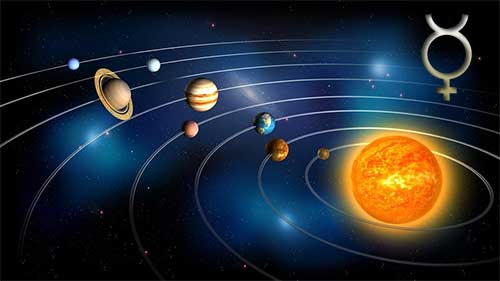 Aspect and its influence personal qualities and abilities of a person

The owner of this aspect makes a great impression on others due to his erudition, great intelligence and encyclopedic mind. Such people are constantly expanding their horizons, love to travel and improve themselves.

If desired, a person with this aspect can become a writer, journalist or popular blogger. He really has something to tell. A rich imagination, good vocabulary and deep knowledge in certain areas that the native can't wait to share, make him an unrivaled storyteller. The native can describe any phenomenon in a fascinating and interesting way. The words are chosen exactly, and the richness of the images and figures of speech created attracts the attention of many listeners and readers to the text.

Another interesting feature of the owner of the aspect is the ability to foresee many events in his life. Such a person understands the importance of spiritual development, strives for the knowledge of deep philosophical and religious truths.

The owner of the horoscope may be interested in politics, economics, the world of sports, jurisprudence and foreign languages. He can also choose a literary field, scientific, research and any creative (intellectual) activity.

Sextile of Mercury and Jupiter in the child's horoscope

A child with this aspect is unusually talented, and it will be good if adults help him discover all the diversity of the world around him. It is important that such children learn about their surroundings not only through reading and watching movies. A child's horizons will expand significantly if he travels a lot, has exciting adventures and communicates with representatives of different cultures and countries.

Sextile of Mercury and Jupiter in some signs of the zodiac

An example of an air-fire combination is the aspect between Mercury in Aquarius and Jupiter in Sagittarius. Here, curiosity and originality of the mind are combined with the ability to convey their thoughts to others. The native knows how to gain the attention and recognition of the public. He can become a good speaker, a talented teacher, a successful entrepreneur or an ideological inspirer of the team. The range of human interests will include humanitarian disciplines and social activities.

Mercury and Jupiter in the signs of Water and Earth set different accents. Here, a person is more eager to study applied and exact sciences than humanitarian. For example, a native with Mercury in Virgo and Jupiter in Scorpio will have a practical mind and excellent business acumen. He will be interested in getting a good financial return from the business. To do this, the subject will delve into all the details, pay attention to figures, facts, eliminate errors and establish an uninterrupted production process.