The trigon of the Moon and Uranus is a harmonious aspect, symbolizing the rich possibilities that the owner of the natal horoscope chart can use. The nature of the planets that form this aspect will tell you about the favorable chances that life will please the native.

The Moon and Uranus are the planets responsible for intuition and foresight. Fate will give the owner of the horoscope unexpected, but interesting and positive changes for the better. Insight and foresight will help you keep your luck and prepare well for turning points in your life.

A person knows how to recognize progressive trends in society and strives for everything new, non-standard and unusual. He is distinguished by originality, erudition and ingenuity. 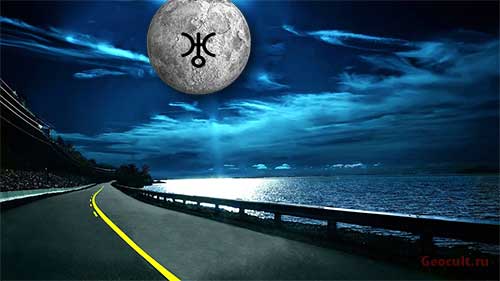 The influence of trine on human character and behavior

If the birth chart contains this configuration, then the native has a friendly and companionable character. He is happy when friends and like-minded people gather around him. New ideas and exciting projects are born next to them. Such a person seems to create an atmosphere of freedom and creative disorder around him, in which everyone wants to reveal their talents and show originality of thinking.

The owner of the aspect is interested in people and actively participates in public life. He is open, outgoing and loyal to other opinions and views. People are drawn to such a person. They are attracted by his humanity, tolerance, kindness and responsiveness.

Aspect owners gravitate towards stability, but cannot resist the temptation to change their lives for the better. Unexpected insights and intuitive forebodings help them instantly realize the need for change.

Aspect configuration in the male horoscope

The harmonious aspect of the planets mentioned in a man’s birth chart will tell about his friendly attitude towards representatives of the opposite sex. The owner of the horoscope is romantic, sociable and knows how to attract female attention to himself. Friendship often precedes marriage. It is important for a native that his girlfriend shares his thoughts, aspirations and hobbies.

The woman of his dreams is original, intelligent and independent. In a relationship with her, such a man shows loyalty and sincerity.

Aspect configuration in the female horoscope

If a woman’s radix has an aspect of the trigon Moon – Uranus, then she is distinguished by her great intelligence, a benevolent attitude towards others and democracy. People around her consider her a good friend, she really cannot imagine herself without associates and like-minded people.

Having become a wife and mother, she does not close her house to friends. The marriage partner is happy to be next to this amazing woman, and the children find their mother the kindest, most understanding and democratic.

Aspect configuration in the child’s horoscope

In order for the little owner of this aspect to succeed in school and in any other activity, you need to form friendly relations with him. He will be happy to help around the house if he understands that this brings joy to his beloved parents.

Any work will argue in the hands if it is a collective work or joint activity with friends. Education for such children, as a rule, is easy if they develop a stable interest and give them access to areas of interest.

The luminaries in the signs of Earth or Water will tell about the native’s ability to translate his original ideas into reality and realize natural talents in activities.