The kind aspect between the Sun and the Moon is a real treasure in any horoscope . It symbolizes the balance between the feminine and masculine principles, so people with this aspect are initially disposed to cooperation and partnership.

This trigone gives the native many favorable chances and opportunities in life. A person knows what his soul wants and understands how to turn his desires into reality. The aspect brings both physical and spiritual health; it contributes to success both in personal life and in human activities. 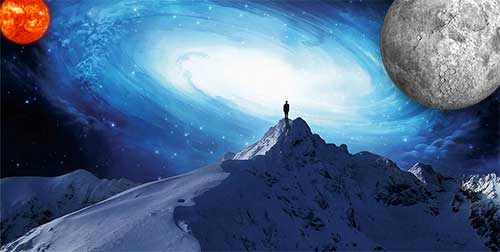 The influence of the aspect on personality, behavior and attitudes of a person

The favorable interaction between the Moon and the Sun gives the native a benevolent mood and a positive attitude in life. A person radiates kindness, positiveness and is always confident that all changes are made for the better. Thanks to their sincerity, caring, mercy and willingness to compromise, such people become wonderful partners in marriage. They do not necessarily need to receive a pedagogical or psychological education. Their natural instinct tells them how to raise children correctly.

In the female natal chart, the aspect of the Sun and Moon will characterize a potential marriage partner and the type of relationship with him. A man who will attract the attention of a lady with a harmonious aspect between the Sun and the Moon is distinguished by kindness, homeliness, caring and thrift.

One of the leading goals in the union will be the creation of a strong family, the acquisition of sound and comfortable housing, the upbringing of children and the maintenance of family values. A partnership is most often successful due to the fact that it is based on harmony, mutual sympathy, mutual understanding, agreement and loyalty.

This aspect makes the native attractive in the eyes of the fair sex. Such men know how to create a favorable impression of themselves. They know how to look after and have a talent for finding the key to the heart of the lady they like.

Men with this aspect strive to create a strong union with a woman who is optimistic, positive, creative and socially active. It should be interesting with her not only to build a family and a joint future, but also to develop in any creative activity. Children, their upbringing and development will become one of the greatest values ​​in this union.

Trigon of the Sun and Moon in the child's natal chart

The kind aspect between the Moon and the Sun in the child's radix is ​​a prerequisite for his early and successful growth and development. The harmony between these heavenly bodies speaks of the mental stability of children, their good physical characteristics, strong immunity and the ability to quickly recover from illnesses.

The trigon of the Sun and the Moon symbolizes harmony between the parents of the baby and the atmosphere of mutual understanding in the family. The child will always feel a strong rear behind him, and this feeling will give him confidence when he takes his first steps in adulthood.

Trigon of the Sun and Moon in various elements

The trigon aspect most often unites planets located in the same element. For example, the Sun and Moon in the element of Air make the native sociable, sociable, open to new knowledge and life changes. If the luminaries that form a trine among themselves are in the element of Fire, then the owner of the aspect demonstrates mental alertness, energy and the ability to transform reality in accordance with his needs.

The Sun and Moon manifest themselves differently in the signs of Water. The trigon that connects such luminaries makes people very intuitive, psychological, caring and at the same time practical. The Moon and the Sun in the element of the Earth, united by the aspect of the trigon, help people solve property issues. Good business acumen and a sense of value make them successful in any endeavor.