Belomorite – magical and healing properties of the stone

Belomorite is a type of feldspar, with a bluish-nacreous color, reminiscent of the sea surface, shimmering in the rays of the moon, or endless snowy expanses. In Europe, the native of the White Sea region is called “fisheye” because it shimmers with a silvery sheen of trout scales. The most beautiful are transparent minerals, but they are not easy to find. Framed in white gold and platinum, they look like a moonstone .

Belomorite was discovered in layers of solidified magma on the territory of Karelia in the early 20th century, and has properties similar to labradorite and selenite. The name was given to him by A. Fersman, but stones with a similar description are found in historical documents of ancient Greece, where they are called Hyperborean selenites, brought from across the northern seas. The snow-blue minerals gave the mysterious Hyperboreans cheerfulness, tirelessness in battle and elusive charm.

Despite the outward beauty, belomorite is rarely found in the range of jewelry: it is difficult to work with it because of its fragility, so the craftsmen insert it into silver or cupronickel without changing the natural drop-shaped and spherical shape. Its color shimmers with a palette of white shades, and refracting under the rays of the sun, it plays with blue, blue, greenish shades.

Outside of Russia, the gem is little known, so its healing and magical characteristics were studied by Russian lithotherapists. 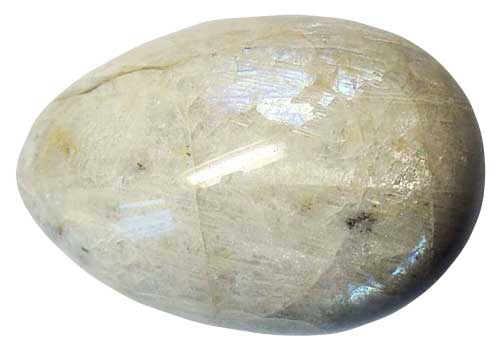 Esotericists use Belomorite balls to clear the mind of negative and obsessive thoughts in order to enter the information field and see images of the future. It helps to feel the main thing and cut off vain fears. A neat stone has a rare quality – it awakens the desire to keep the house and relationships with loved ones clean and tidy. Large minerals or figures made of them, ornaments are an excellent gift for newlyweds: their house will always be well-groomed and free of rubbish, and the inhabitants of the home will begin to perform daily cleaning with pleasure.

Belomorite does not tolerate disorder in the head, helping:

Astrologically, the mineral closely associated with the Moon helps girls to reveal themselves in relationships and creativity, giving femininity and grace. Putting a gem under the pillow on Christmas time and sending a request to the Universe about the image of the future spouse, you can clearly see him in a dream. At the same time, he protects from contact with evil forces, damage, the evil eye, especially if you wear a ring with white stone on the little finger.

Being a stone of time, it encourages the owner to logically establish a connection between the past and the future: to draw up a family tree, find missing relatives, and make peace with the former spouse. The gem patronizes scientists who are looking for answers in the depths of time – archaeologists, anthropologists, historians, as well as teachers and pediatricians, as a link between the present time and the future generation. 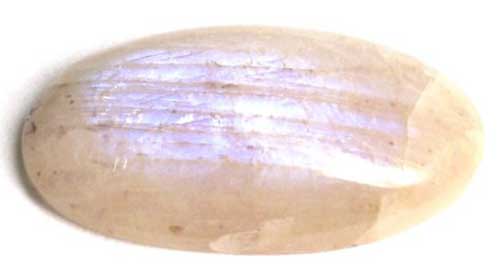 A pendant or large ring, an untreated mineral in the head of the bed, has a beneficial effect on women's health, harmonizing the aura, gently correcting stagnant energy, opening the necessary chakras. The stone heals infertility, helps to bear the baby and makes childbirth easier.

Among the northern peoples, there are memories that midwives brought with them large snow stones with a blue spark to help the woman in labor cope with pain and quickly recover. Despite the resemblance to ice floes, Belomorite awakens a woman's inner fire, healing from frigidity, especially if the problem has psychological roots, because it remarkably heals the nervous system, eliminating:

Lithotherapists noted an improvement in the work of the cardiovascular system, normalization of blood pressure and a surge of energy with constant contact with Belomorite jewelry for a month. The healing properties of the stone are enhanced on the growing moon and reach a peak at the full moon, but during the waning phase, you should not communicate with it.

Astrologers noticed that the mineral has a powerful connection with the Moon and Venus at the same time, which is why it so magically affects the state of the nervous system, clearing away negativity, and at the same time helps to reveal sensuality and charm, attract fans and revive extinguished passion in the married bedroom.

Under his influence, a woman with an affected Moon and Venus in the natal chart will be able to realize herself as a mother and beloved. He remarkably removes the negative aspects to these planets from Neptune, calming him with sea magic, which will have a beneficial effect on health and mental state.

Belomorite will provide the greatest support to Scorpions , Pisces and Cancers , clearing the aura of accumulated grievances and creating a protective halo that reduces vulnerability and fixation on problems. The snow mineral will help to order the events of life and become consistent in achieving goals for the representatives of Air and Earth, but it is better for the signs of Fire not to wear it for more than one day, it will make them too cold and arrogant.