Coral – the magical properties of the stone

Coral is an opaque mineral, hidden by a crystalline structure, formed by sea polyps. They secrete a special type of lime, so the mineral is almost 80% calcium and 20% aragonite. The ancient Greeks called white coral the petrified breath of the sea, and red coral the frozen blood of the evil sorceress Gorgon Medusa.

Perseus flew with the severed head of the Gorgon over the sea, and drops of her blood, according to legend, became tree-like stones, which were later called “gorgonites” and “collarions”. Coral reefs appeared in the depths of the sea at the same time as dinosaurs, long before humans, but they still exist today. The amazing shapes and colors of the sea mineral formed the basis of ancient legends – in Greece and South America it was considered a symbol of immortality and was used for treatment, including in powder, which really has a rich composition of trace elements.

In the Caribbean and Oceania, rosary beads for religious rituals, amulets and amulets of love luck were made from it. In Europe and India, the value of corals was comparable only to pearls, and only the rich could afford to buy it.

The sea mineral loves sunny places, so it does not grow too deep. In warm seas, coral reefs can reach hundreds of meters. There are more than 2000 types of different shades, the rarest of which is considered soft blue, and all kinds of forms, but there are still three main ones:

1. White is the most widespread and inexpensive, widely used for making jewelry and as an element of decor. It is often painted and passed off as more expensive types of stone, and with a certain turning and grinding – as pearls;

2. Red is a rare and expensive type, from which unusually beautiful jewelry with magical powers is made. Has many shades – from pale pink to fiery orange;

3. Black – grows at great depths away from the sun, and is listed in the Red Book as an endangered species. Jewelry made from it is usually antiques, which makes them even more expensive.

In Russia, corals were called draconites, because they believed that it was the brain of a sea dragon. The scarlet color symbolized victory, and Russian soldiers often decorated their shields with such stones.

The magic of coral is born from raging waves and underwater currents, but its energy is soft. The sailors took him aboard ships to avoid the storm. The red and black mineral keeps its owner from everyday storms – intrigues and evil eyes, gives an elusive charm. It is put on situationally, when protection is required or it is necessary to please a specific person, and only during the growing moon .

On a full moon, it is best to put coral jewelry in salted water. Too much power is hidden in exquisite marine branches, and constant contact with it threatens an energy imbalance. When used correctly, the magic of scarlet coral helps:

Branches of white coral bring harmony to the house and cool down possible quarrels among households. This is an excellent amulet for pregnant women and children, warding off any kind of damage and curses. 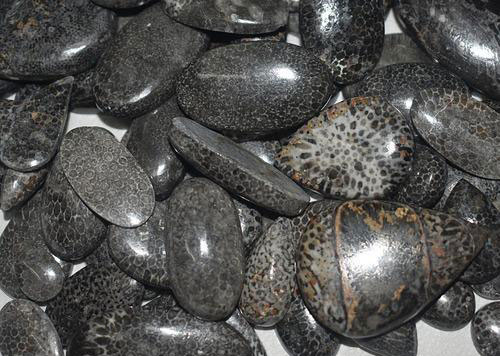 The white mineral powder was used by sailors to avoid scurvy. With the help of red, they stopped bleeding by sprinkling them on wounds. Currently, the healing properties of coral are used at the level of energy impact on a certain part of the body:

bracelets – protect against osteoporosis, and put under a pillow at night – treat insomnia.

Coral powder is added as a vitamin supplement to the composition of fortifying dietary supplements for patients with cancer and osteoporosis. In combination with other bio-substances, this powder lowers blood sugar and strengthens the muscles of the heart, contributing to its proper functioning.

Corals have a powerful energy connection with Neptune , which is why they cannot be worn for a long time. Neptune endows its favorites with boundless imagination and creative powers, but its excessive influence destroys the perception of reality and takes them into the fields of the unconscious.

Blue coral will reveal inner talents and ways to realize them for all water signs of the zodiac. This mineral has a special connection with Pisces, who can, however, wear stones of any shade for their own good. Red and black colors will help Scorpios and Cancers conquer negative emotions, while pink corals will attract personal happiness for Libra and Aquarius. Scarlet minerals will protect the bright representatives of Fire from envy and intrigue. Corals do not like the signs of Virgo and Gemini, its representatives cannot wear jewelry with this stone, as well as Capricorns, with whom it has no emotional compatibility. But the energy of the stone will help Taurus grow spiritually.

If in the natal chart of a person Neptune is located in Virgo or Capricorn, then this is considered his weak position and requires correction by the coral energy near the heart chakra. The negative aspect of Neptune with Mercury is softened by silver-set coral earrings or a small necklace at the throat chakra. The moon square can be balanced by wearing coral jewelry along with pearls.

A struck Neptune in the 3rd house of the horoscope can create difficulties with concentration, which prevents schoolchildren and students from studying well. The situation will be saved by a branch of white or pink coral on the study table. Neptune in the 10th house promises fame and popularity to the owner of the horoscope; you can support this effect by placing corals in the south of the apartment.