Getting into the kingdom of Neptune – the ruler of the constellation Pisces, the patron saint of mysticism and art, the transit Moon, in combination with additional vibrations of Venus , opens access to the subtle planes of the soul in consciousness. It is no coincidence that vulnerable and sensitive people feel the need to escape from reality: to retire in the bosom of nature or get drunk to unconsciousness, depending on the level of development of the psyche.

Compassion and sympathy, pity for the unfortunate, astrologers advise to immediately transfer to the physical plane – to help financially, verbally, even if there is no way to support those who caused a storm of emotions, an unexpected gift to loved ones will soften the mental pain.

Anger, despair, anger overwhelm your head if you let them break out. Esotericists recommend meditation, rest by the water to gently discharge the nervous system. With favorable aspects of the transit Moon in Pisces, the flow of inspiration and intuition explodes with a fountain of creative successes, there are chances to gain recognition and popularity. Dreams bring prophetic revelations.

The negative aspects aggravate the danger of falling under the mental influence of fraudsters – false astrologers, fortune-tellers, sectarians. You should not go to esoteric consultations with unfamiliar specialists, as well as take new medicines and alcohol: the most severe poisoning often happens on the union of the Moon and Neptune.

When issuing documents or air tickets, office employees and clients run the risk of becoming a victim of careless mistakes. Free artists, poets, artists who are not bound by strict obligations and deadlines for the execution of work, who have room for creativity, will flourish. Astrologers advise writers and musicians to immerse themselves in the process of creating masterpieces. Actors are better off working on a role than performing a premiere performance.

The period of the transit moon in Pisces will also be successful for:

Demanding the return of the debt is now inappropriate and useless, circumstances will prevent you from getting what you owe, and the relationship will deteriorate. But your own debts, material and spiritual-karmic, must be returned, guided by biblical principles, regardless of spiteful critics and offenders. The Moon in Pisces supports the humble in spirit, who think about the purification of personal karma, and not the sins of others.

There will be a temptation to spend savings on elite alcohol, cosmetics, perfume, art objects – paintings, sculptures, handmade carpets. The acquired things will become a source of positive emotions and inspiration if they were bought in a high spirits, otherwise, the memory of a sad mood will remain for a long time. 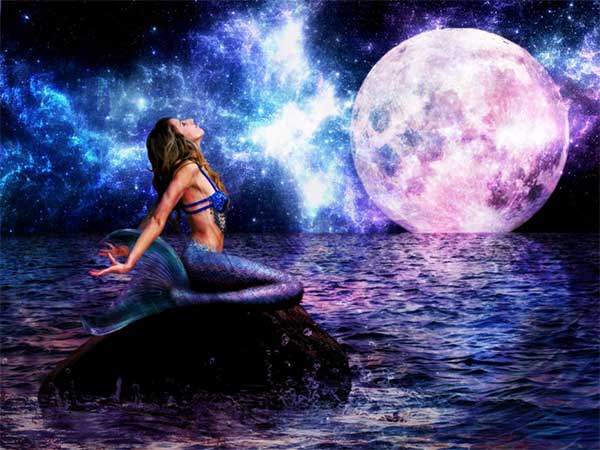 The transit moon in Pisces awakens a deep thirst for true, sincere love that unites souls in heaven. The danger of these days is to take illusions for reality, trying on the mask of a noble knight or a beautiful princess on ordinary people with disabilities, entrusting them with heart and soul.

The novel, begun under the influence of Neptune, is incredibly beautiful, accompanied by mystical signs and unusual events. Men and women feel the desire to play the roles of those who they wanted to be, hiding the true self, which is fraught with disappointment later. The only way to maintain a relationship is to behave as sincerely and naturally as possible in the lunar-Neptunian fog.

Those suffering from pressure drops should be on the lookout: complications in the work of the autonomic system are possible.

In a tense state are:

On the transit moon in Pisces, astrologers advise refusing to take medications (if it is not fundamentally important and does not violate systemic treatment), an excess of liquid drinks, salty food, alcohol. Foot massage and walking barefoot are contraindicated. Colon treatment and preventive actions to cleanse it will be successful and will alleviate the general condition. Useful and pleasant water treatments, spa and pool visits are recommended in the absence of negative aspects.

It is important for children to stay in an atmosphere of love, harmony, and art – to attend theater, music concerts, church services, and take care of pets. It is better to communicate with a narrow circle of close friends and relatives in order to exclude quarrels and conflicts.

With negative aspects of the Moon, Neptune, Venus and Mars, water will become a source of danger, even if it is a bath or a familiar pond. It is difficult for a person to cope with apathy, self-pity and unfulfilled hopes, immersion in dreams, instead of clear actions to achieve the goal.

By overcoming the temptation of complete relaxation, you can succeed in matters related to:

Esotericists warn about the dangers of mountain climbing, hair cutting, pedicure, canning of compotes and pickles, as well as viral and infectious diseases.