Moon Square – Saturn contains the original conflict between the planets. This contradiction can be intensified if the luminaries are of the opposite nature.

The moon symbolizes softness, sensitivity, versatility and high adaptability. Saturn, in contrast to the Moon, is characterized by hardness, severity, coldness and inflexibility.

Of course, in this battle, the sensitive Moon is losing, which, under the yoke of Saturn, feels uncomfortable and squeezed. Such planetary interaction makes the native feel bad, melancholic and makes him struggle with the vicissitudes of fate.

The possessor of the square Moon aspect – Saturn often seems to those around him closed, unfriendly and gloomy. Indeed, it is not so easy for him to open up to strangers. Better he will play it safe, be careful and keep his distance, because interacting with unpleasant people often becomes an unbearable burden and takes a lot of mental strength. 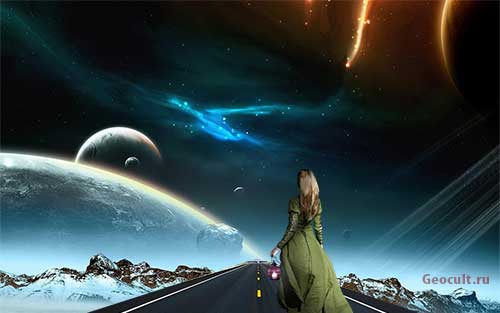 Dealing with the elderly and younger people is difficult. In such interaction, there are many restrictions, conflicts and unfriendliness, but over time, the native gains life wisdom, shows spiritual depth and patience in parent-child relationships.

Resilience, thoughtfulness, frugality and attentiveness to the little things are also positive qualities of the subject.

The holder of a natal chart needs to take care of his diet, do not neglect the advice of doctors and dress for the weather.

The negative aspect between the Moon (the significator of marriage) and Saturn in a man's birth chart will describe his difficulties with the opposite sex. Most likely, the mother of the owner of the horoscope was too strict, authoritarian and stingy with emotions, and therefore he feels insecure in relations with women.

It is not easy for such people to get acquainted with the representatives of the opposite sex, and they do not immediately let even the person they like close to them. The native feels most comfortable in an alliance, where the roles and responsibilities of partners are clearly defined. Relationships are best developed with women who are wise, businesslike, practical and able to cope with life's trials.

The owner of the aspect has an interesting feature. She knows how to be content with little, but high ambitions push her towards social achievements. Such women do not regard marriage, family and children as their only vocation. The exception is when the Moon in the horoscope is strong in quality or in position.

Such women can make a good career, and this is despite the many difficulties and trials in life. To achieve happiness and well-being, the owner of the horoscope needs to overcome her fears and complexes, rooted in childhood.

If in the child's birth chart there is a tense interaction between Saturn and the Moon, then this means that parents should pay serious attention to his health, both physical and psychological.

There is no need to spur such children to academic success. They themselves know that they need to work hard for a good result. Laziness is not always the reason for poor grades in school. You should help your child overcome apathy, inner fears and experiences. In addition, you need to ensure that these children eat regularly and in a balanced way.

Moon and Saturn in different signs of the zodiac

The square of the Moon and Saturn is a painful aspect, the influence of which negatively affects the health and psychological state of the native. But if the planets are strong in quality, then the negative impact of the square is not so pronounced.

For example, if the Moon is located in the sign of Cancer, and Saturn is in the sign of Libra, then the native will successfully cope with the recurring challenges of fate. The many efforts made in the area of ​​family and partnership will bring positive results.