Lilith symbolizes the dark manifestations of the psyche: distortion of perception, perversion, fears and the image of the enemy on the themes of the house and the sign, refracting in which it indicates the source of problems. The Black Moon in the 3rd house encourages people to see enemies in their next of kin and neighbors, suspecting them in advance of malicious intent, and also complicates their school years.

Such natives resist the bullying and ridicule of classmates or themselves become the leader of a bad company that terrorizes the school. Strength tests begin closer to 9 years and are repeated in adulthood after the same time. Friends or older “teachers” appear, rebuilding these natives against brothers and sisters, classmates, perhaps teach to steal and weave intrigues. If these owners of Lilith in the 3rd house cannot resist the temptation, then they will face accidents, injuries, betrayal.

Features of interaction with society

The position of the Black Moon in the 3rd house awakens early interest in sex, which is reflected in the defiant behavior of the students: they begin to talk loudly about sex, draw dirty sketches. Language is the source of destruction, such individuals do not think they are speaking. When the planet is defeated, they slander and receive gossip in response, destroying the reputation.

Nevertheless, in the soul of Lilith’s ward in the 3rd house there is a dream of a friendly family and a company of friends, but not knowing how to get it in reality, they follow the path of less resistance, condemning those who are lucky enough to have them. It was these people who, in 1937, wrote false denunciations and anonymous letters, destroying the lives of innocent people, and then went to jail for them according to the boomerang law.

Depending on the degree of elaboration of the planet, people have the following character and behavior traits:

Lilith in the 3rd house in the male card shows a tendency to be jealous and manipulate a partner, constant temptations to betray, nervous and conflicting relationships, despite the brightness and unusualness of sexual life. The native is quick-tempered, rude to relatives and uses them for his own purposes.

In the horoscope of a bitchy careerist, most often the Black Moon is in the 3rd house. She is selfish, stubborn, sharp-tongued, instantly turns on hysterics if she is unhappy, deceives and twirls those who sympathize with her as she wants, not differing in loyalty. 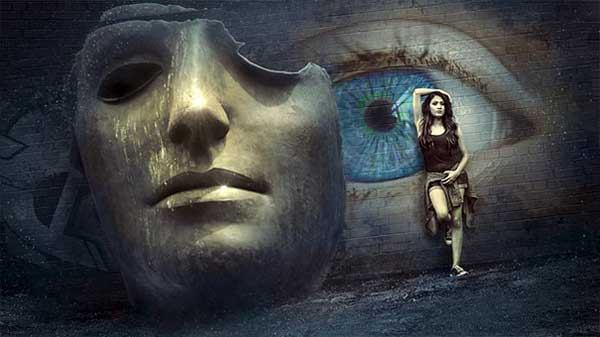 At the lowest level, these owners of  Lilith enjoy distorting other people’s names, surnames and circumstances, bullying and cruel jokes. At the highest, they are able to recognize slanderers and deceivers and bring them to the surface. The degree of manifestation of Lilith in the 3rd house depends on the strength of the position, aspects and influence of the zodiac sign:

1. Aries, Leo, Sagittarius – evil deeds are committed because of wounded vanity, inability to realize talents. They are able to endure the ridicule of their beloved, but they mercilessly mock the feelings of those in love with them. If desired, they easily subdue the weak to their will, provoke destructive actions. With the advent of children, they change for the better, showing a creative approach in education.

2. Taurus, Virgo, Capricorn – tend to suppress colleagues and households with authority, strength or superiority of the intellect. They cave in under the rich, find fault with the rest because of any little thing. Lack of self-expression in society makes them home tyrants. A painful desire for perfection in everything leads to the hanging on the native of someone else’s guilt or mistake, for example, a shortage in the box office or the cause of an accident, in the form of retribution for the temptations of Lilith.

3. Gemini, Libra, Aquarius – friends are selected according to their correspondence to the highest social class. Communicate with popular and witty peers. They are unfair to ordinary people, using them without a twinge of conscience. Dependent on someone else’s opinion, they will never go against the strong, and then their achievements and talents will be used by others. Endless gossip and intrigue lead to the court bench, and problems with a marriage partner are also possible.

Such a position of the “Black Moon” in the 3rd house gives problems with the specification and practical application of knowledge, which is leveled by a favorable aspect with Mercury and is aggravated by any connection with Neptune, which also increases the tendency to gossip, weave intrigues and become a victim of rumors. The conjunction of Lilith in the 3rd house with Pluto is extremely dangerous: the native is full of dark thoughts, cruel and rude, enjoys the torment of others. The only remedy for karma is inaccessible to such a person – mercy and compassion. They are awakened by the favorable connection of Lilith with the Moon, and the negative aspect worsens the state of the native’s already excitable psyche.