The far fictitious point of the Moon – Lilith shows in which area of ​​life there is a black hole of the unknown and negative karma of the kind. In the 5th house, fears, distortion of perception and unreasonable aggression disrupt the energy balance in the topics of conception and raising children, manifesting oneself in love relationships and gambling. Lilith’s position in the 5th house is incredibly strong and difficult to work out.

The Black Moon pulls the ward onto the stage, to flaunt the drama of love experiences and ambitions, already embodied in children. People under this position are bright, artistic personalities, big children with a radiant aura. With an affected Black Moon, pregnancy problems are possible, which must be harmonized, relying on the position of Selena (White Moon). The main distortion of Lilith in the 5th house concerns the ability to love. By it, the owners of such Lilith understand painful attachment and dependence, pinching the object of sympathy and thier own children in emotional ticks, without weakening control for a second.

Lilith’s temptations in the 5th house always relate to creativity, as a rule, the acting plan, children and love, which means that the karmic task will be respect for all participants in these topics. For example, to accept with gratitude a small role in the play, suppressing envy of the rival playing Hamlet. One should be happy for a friend who has found happiness in love and children, even if the native doesn’t have it yet. Any murmur, resentment and anger will come at a cost.

The owners of the Black Moon in the 5th house have a number of similar traits:

The temptations of Lilith in the 5th house are stronger than usual, so overcoming will require remarkable endurance. Individuals with such Lilith need an environment of enlightened, spiritually developed friends, properly organized recreation – theaters, exhibitions, social events, charity events and joint creativity with children. 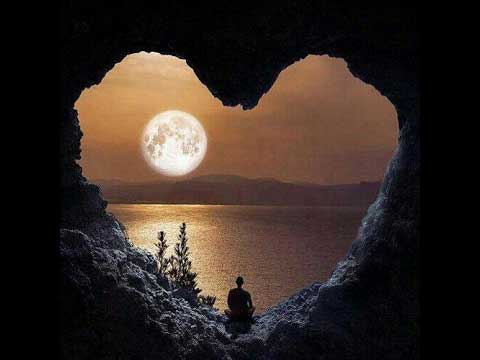 The Black Moon in the 5th house distorts the adequacy of social behavior. These natives are so eager to stand out from the crowd, focusing on physical attractiveness and sex appeal, that sometimes it looks ridiculous, on the verge of decency. Or, on the contrary, painfully shy, hiding behind the backs of colleagues and friends, and on weekends languishes with boredom. Similar extremes also apply to romantic relationships and child custody.

The degree of their manifestation largely depends on the zodiac sign of the 5th house:

1. Aries, Leo, Sagittarius – act impulsively and aggressively towards children and loved ones. They are jealous and strive to completely subordinate to their influence, demanding worship and admiration. Infantilism and irresponsibility in education. Women are often tempted to have an abortion. Decreased sexuality, resulting in aggression or exhibitionism. Children are born during their stay abroad or leave the native early. It is necessary to develop compassion, self-sufficiency and patience.

2. Gemini, Libra, Aquarius – a perverse mind, a desire to offend and humiliate with obscene inscriptions or publications on the Internet, virtual correspondence sex. Imposing personal stereotypes on children who often grow up neglected without any prohibitions and guidelines for higher goals. Women are wayward and demanding, men deny marriage, wanting to change partners frequently. It is necessary to direct creativity to the service of good, to pay attention to the education and development of children, literary creation.

3. Taurus, Virgo, Capricorn – children and money become the meaning of life, for the sake of which natives are ready to do anything and close their eyes to any inappropriate behavior of a child and a relationship partner, if they are  sources of material wealth. Late sexual relations or sex for money and promotions. Children are spoiled with expensive gifts and permissiveness. It is necessary to limit the desire for luxury, pay attention to the healthy and disciplined development of the offspring.

4. Cancer, Scorpio, Pisces – hypertrophied custody of children, depriving them of their will and the right to vote. Excessive sacrifice – children are beautifully dressed, mountains of toys, and these natives in an old, darned jacket and leaky shoes. They are afraid to let the child go to other cities and countries, feeling anger towards the child who has decided on an independent life. Fiery sexuality, with many perverted fantasies, morbid jealousy and dependence on attraction to a partner. It is necessary to respect relatives, humble jealousy and not impose help if they do not ask.

The negative aspects of Lilith in the 5th house with the Sun (father), Saturn (kind) and the Moon (mother) are extremely dangerous, foreshadowing the inability of adequate self-expression as a parent and problems with the mother or father along the karmic line. It also means an unstable and fragile nervous system, dark thoughts that distort truth and lies in matters of children, creativity and love. Harmonious aspects of Lilith with the Moon and Venus in the 5th house smooth out the influence of the Black Moon , transforming excess energy into creativity and giving empathy in communication with the child.