The opposition of the Moon and Mars is an unfavorable astrological aspect, and since in this case the evil planet Mars is involved in it , special attention should be paid to the analysis of the influence of this configuration.

The moon in the natal chart is responsible for the native's well-being and his ability to adjust to the changing conditions of the surrounding world. Damage to the star by Mars will create anxiety for the native and make his emotions unstable. Throughout life, issues of ensuring your own safety will be relevant. Living conditions will often be unfavorable, which will teach the native to constantly work to improve them.

The owner of the horoscope should monitor health, namely, the state of vision and the work of the digestive system. The moon is responsible for the eyes and stomach, and Mars can indicate dangerous situations that can adversely affect the work of these organs. 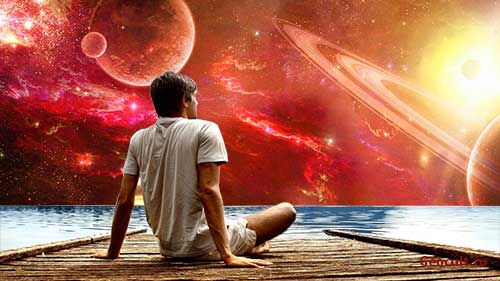 In the character of the owner of the opposition of Mars and the Moon, those around him often note aggressiveness, impulsiveness and rudeness. Such people are determined and courageous, but often act recklessly. Unreasonable risks and potentially dangerous situations must be avoided.

Discontent and irritation in such a person appears for trifling reasons. Careless words or excessive assertiveness of others cause a sharply negative reaction from the owner of the aspect. If he regards what happened as an attempt on himself and his personal space, then noise, poisonous comments or even abuse cannot be avoided.

When interacting with such a person, you need to remember that by attacking, he is protecting himself. Scandalous behavior and hysteria can be avoided if you make it clear to the native that no one is going to hurt him and infringe on him in any matters.

Opposition of the Moon and Mars in natal men

The mentioned aspect in a man's horoscope will tell about his difficulties in relationships with the opposite sex. He will prefer women who are risky, initiative and strong-willed, but the feeling of constant competition in a relationship will sooner or later lead to discontent of the native.

Since the Moon and Mars are nuptial planets, disharmony between them can mean problems in intimate life or the promiscuity and shamelessness of a native.

Opposition of the Moon and Mars in Natal women

Mars and its aspects in a woman's horoscope will describe her relationship with a marriage partner and some qualities of his character. The tense aspect of Mars and the Moon will report a man who is indecisive, overly cautious and fearful. In relations with him, quarrels and quarrels are possible, but still the aspect testifies to his thrift, thrift and caring.

The owner of the horoscope should be attentive to her female health.

Opposition of the Moon and Mars in the child's horoscope

Parents of such a child need to be aware that their child is very sensitive and vulnerable. Any comment or negative assessment of adults can bring him to tears and tantrums.

In order to protect the child from dangerous situations in everyday life, you need to gradually accustom him to using various devices and talk about safety at home. Playing sports will help your baby grow up strong, courageous and determined. By learning to defend himself, he will be able to take others under his wing.

The principle of opposition in various signs of the zodiac

The opposition of these planets will tell you that the native has to overcome difficulties in the sphere of home, family and relationships in life. The characteristics of the characters involved in this aspect will provide additional information about the topics the subject has to work on.

So, for example, the aspect formed by the Moon in Cancer and Mars in Capricorn will outline the contradiction between the personal life and the career ambitions of the owner of the horoscope. However, since the luminaries are essentially strong, then a person has a chance to achieve success in both areas of life.